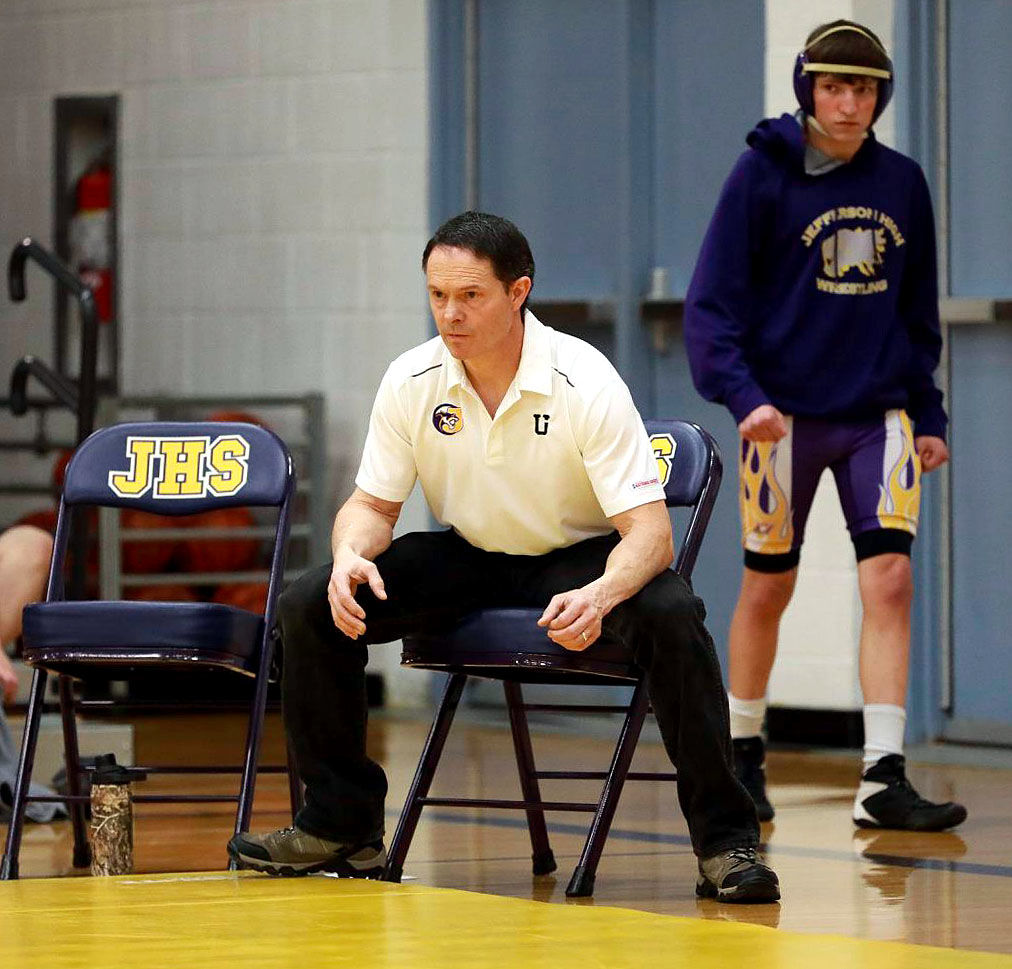 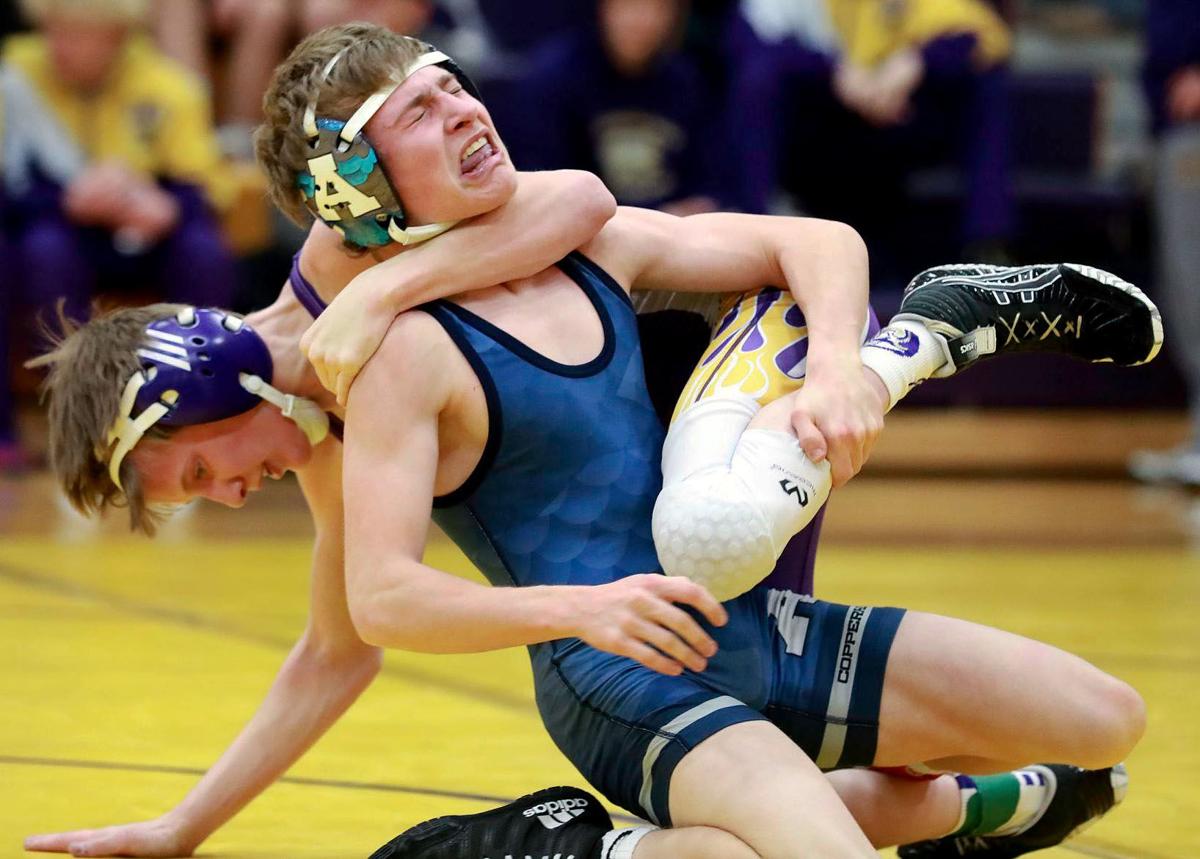 Leo Anderson wrestles toward one of his three wins by pin Jan. 23. 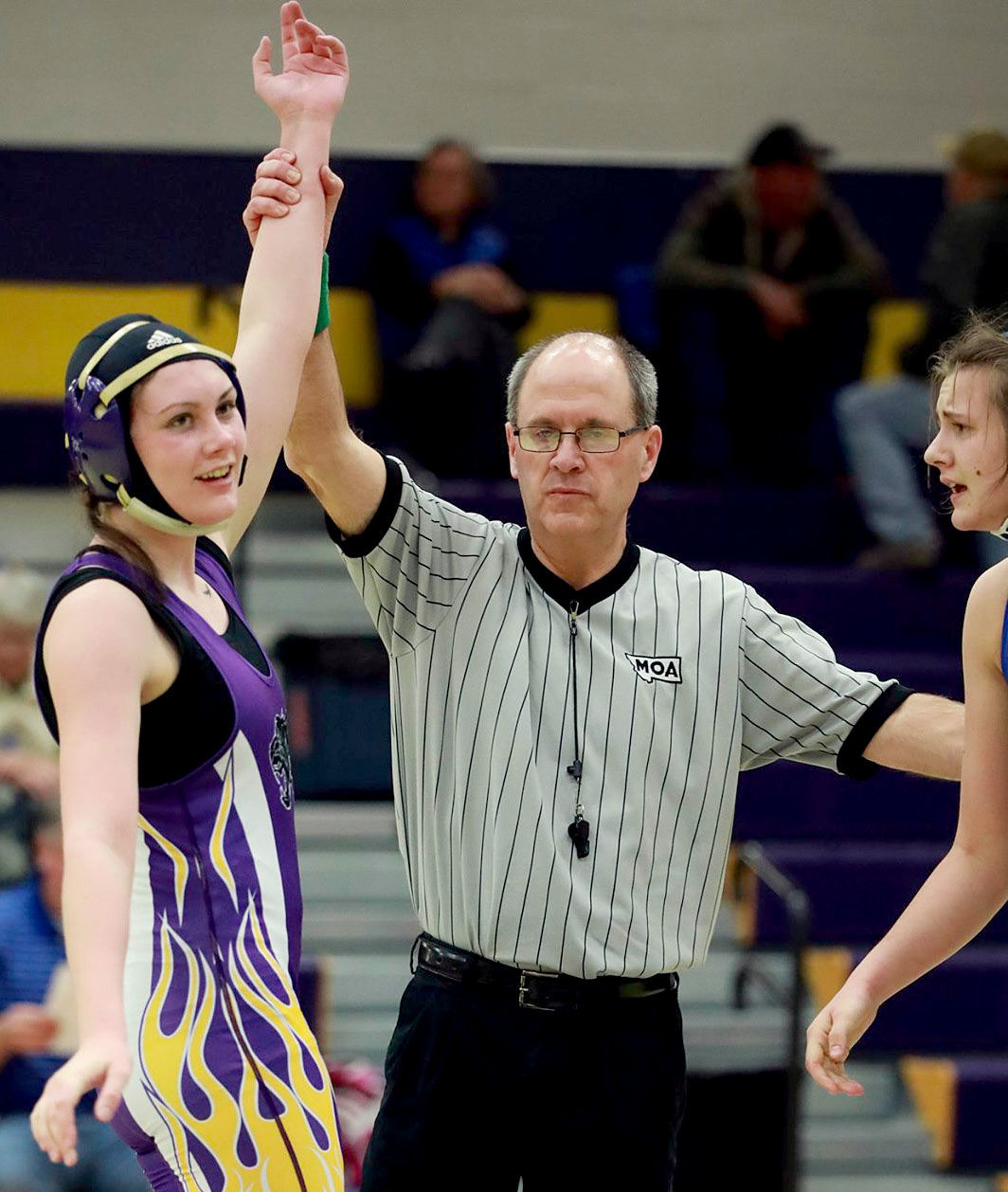 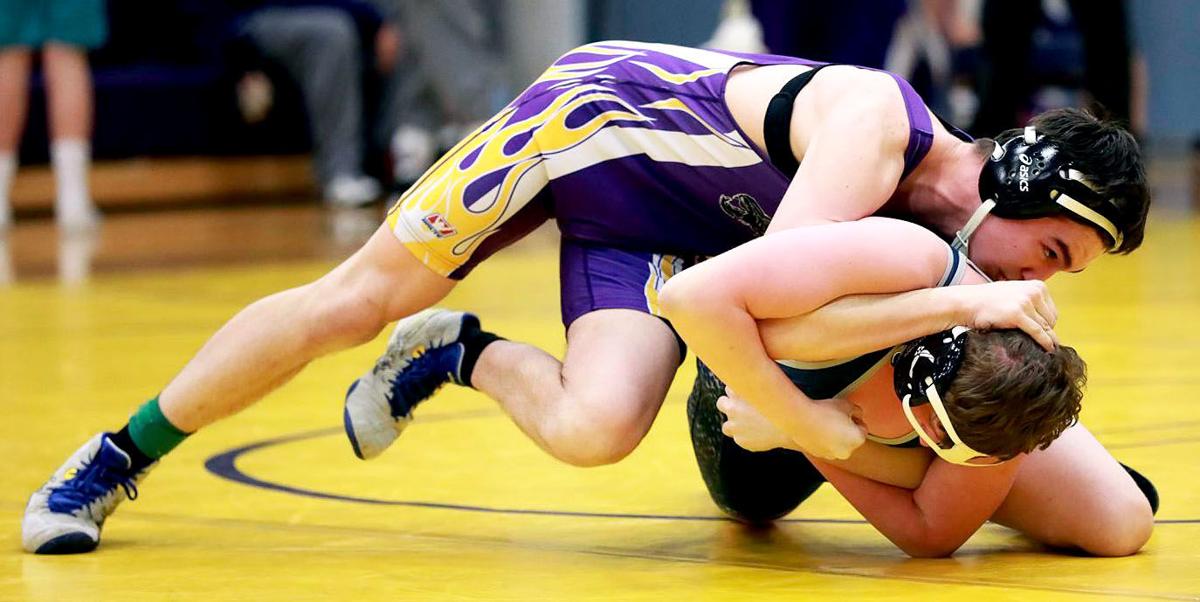 Talon DeMers works toward a win by pin Jan. 23.

Leo Anderson wrestles toward one of his three wins by pin Jan. 23.

Talon DeMers works toward a win by pin Jan. 23.

In the second round Anderson, Christian Davis, St. Clair, Jace Oxarart, Olds, Reed, DeMers and Dorn secured pins. Anderson and St. Clair had an additional match and both won by pin. Every Panther notched at least one victory on the evening, and all five seniors went undefeated.

The next day, the Panthers set off to Conrad for the first day of the BC Tournament. Jefferson was missing several athletes out with illness, but still put together a competitive dual team.

In the first round, Jefferson routed Choteau, 60-6, with Cole Geske and Jones collecting pins. The Panthers then faced host Conrad, and the result was similar: a lopsided 51-10 victory, with pins by Geske, Reed, and Dorn. The final dual of the day was against Shelby. As before, Jefferson’s full squad proved to be too much for the smaller team: St. Clair, Oxarart, and Reed earned pins as Jefferson prevailed, 51-18.

For the day, the Panthers outscored their three opponents, 162-34. Jefferson’s 3-0 record put it into the championship bracket as the number five seed for the second day of action.

Saturday’s action was in Great Falls – and the matches were a lot tougher. First up was Columbus-Absarokee, which had beaten the Panthers earlier in the month. This time, Jefferson turned the tables, earning a 48-30 victory. Collecting pins were Anderson, Christian Davis, Oxarart, Jones and Matt Riehl.

In the semifinals, Jefferson squared off against Elkhorn rival Broadwater. The hotly contested battle went back and forth, with Broadwater narrowly defeating the Panthers 39-36. Anderson, Dominick Davis, St. Clair, Armstrong, Jones and Riehl collected pins.

That put the Panthers in the consolation finals against Whitehall. In another tightly contest, the outcome wasn’t decided until the final match, when Whitehall secured a victory and the dual win by a 40-33 margin – leaving Jefferson in fourth place for the weekend. Collecting pins was Anderson, St. Clair, and Armstrong.

Dakota Dorn was selected JHS Panther Varsity Wrestler of the week. Dorn finished the week with a 7-1 record, and he wrestled four of those matches in the 205 weight class, 20 pounds above him — displaying a selfless, never-quit attitude.

Gracie Olds was selected JV Wrestler of the week. Olds registered two pins on her senior night and had another in Saturday’s action. Jace Oxarart had the JHS Panther Quick Pin of the week, dispatching his opponent in 14 seconds during the Jefferson Mixer.

The Panthers’ schedule slows down a bit now. After a dual in Anaconda, on Jan. 28, they’ll compete in a mixer in Townsend. This will be their final action before the divisional tournament on Feb. 8 in Cascade.