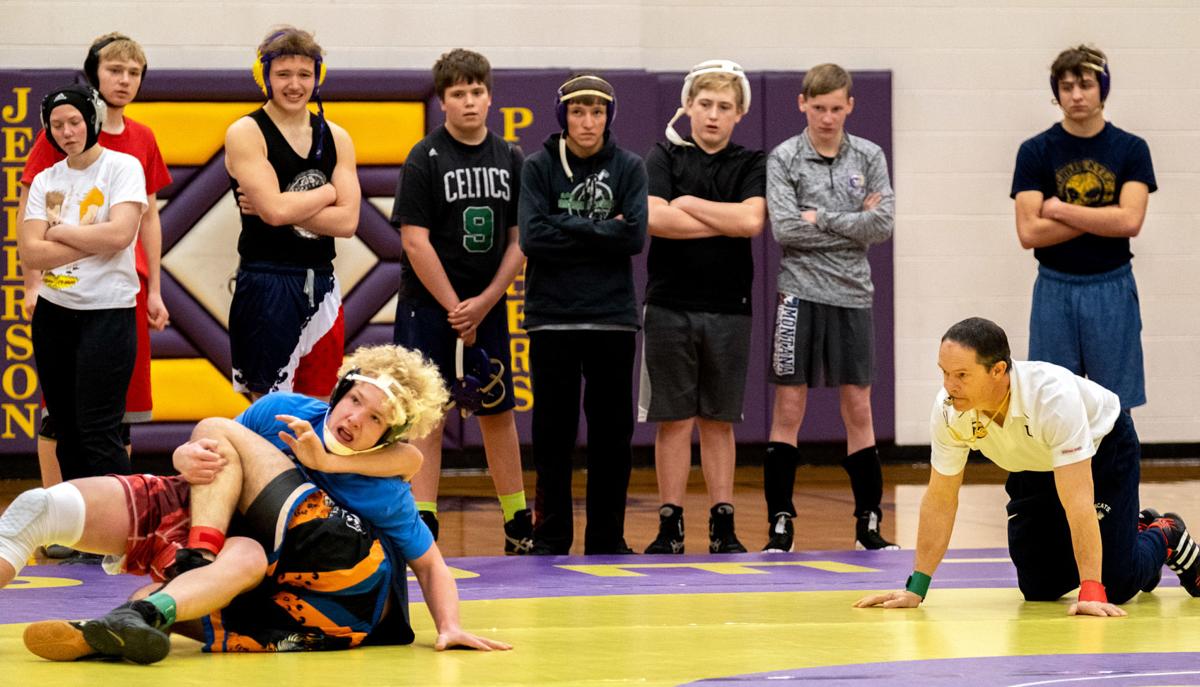 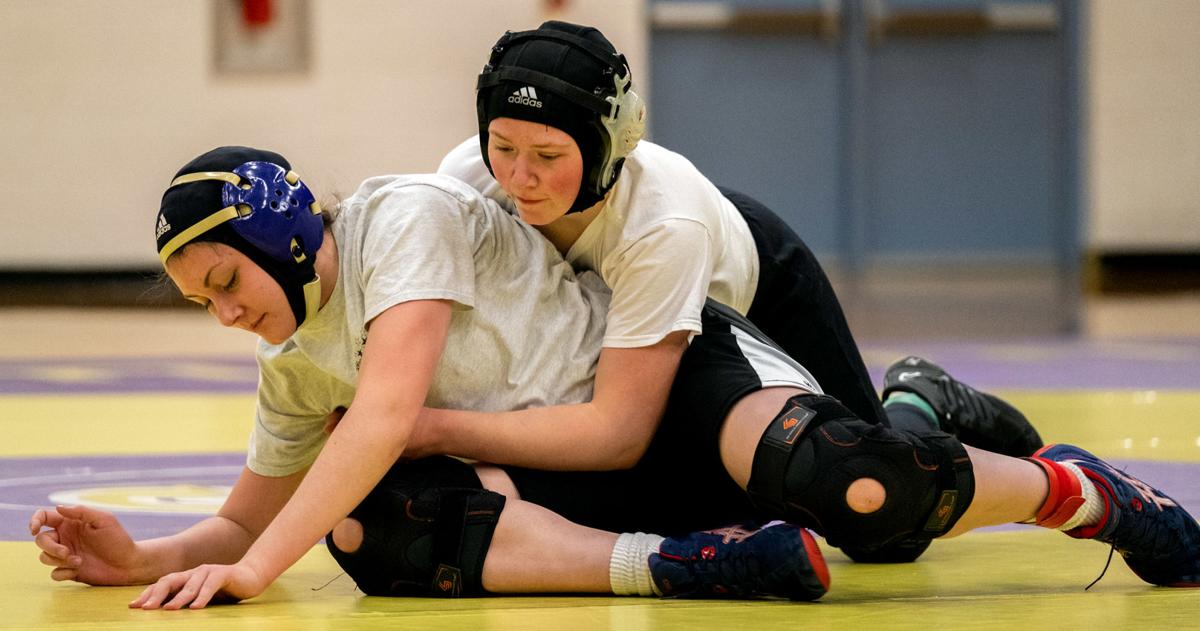 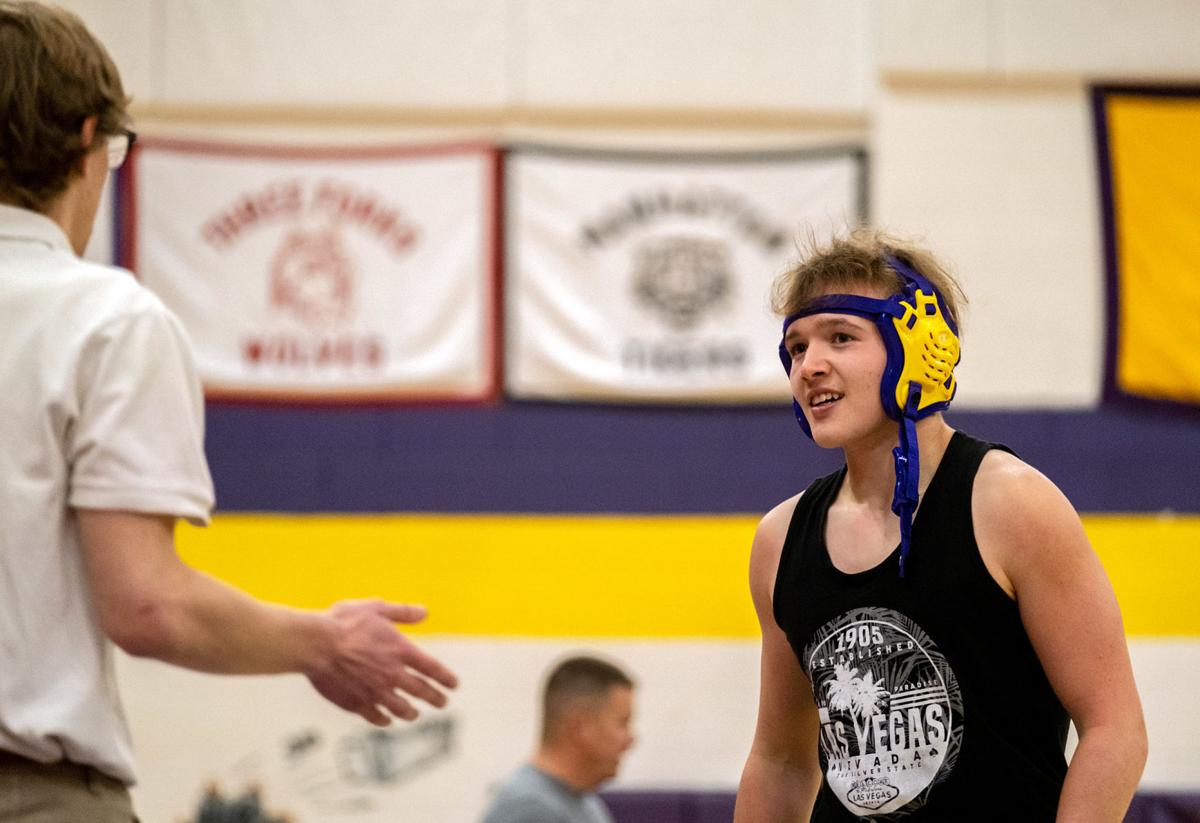 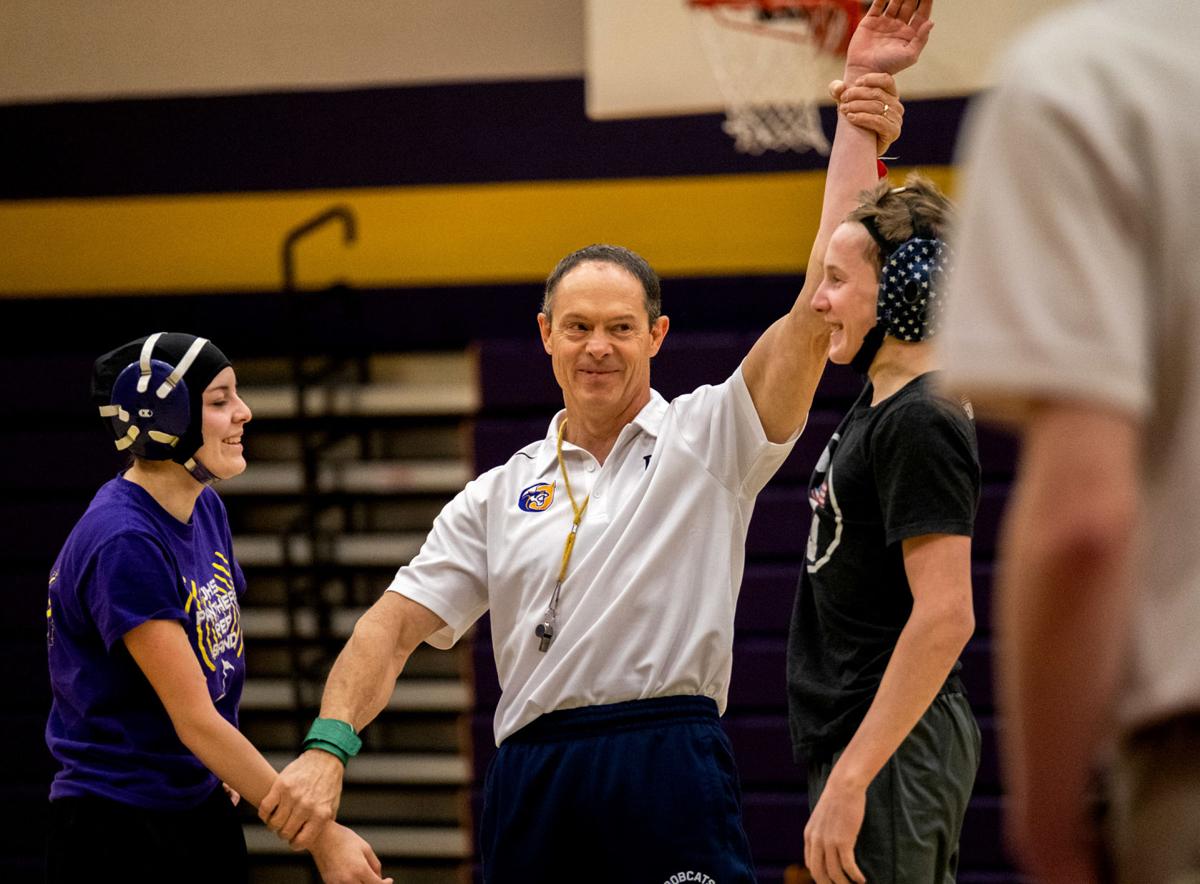 The nerve center of Jefferson High wrestling is not easy to find. You journey down a long corridor toward the back of the school building, make a dogleg, dodge some boisterous students, head up the stairs, and pass through the weight room above the gym. There, finally, is a space, about 30 by 40 feet, done up in white and Panther purple and the words, “Panther wrestlers” painted graffiti-style on the cinder blocks.

The music is teenager-loud, Queen’s “Another One Bites the Dust.” The smell of adolescent sweat is rising. There’s a loose, casual vibe, but there’s real work going on. Packed into the single-ringed mat, the JHS wrestling team – tonight, 15 boys and one girl – is gearing up for this weekend’s season-opening tournament in Cascade.

That means a lot of drills: Russian 2-on-1. Wrist and elbow. Arm chop and drive forward. Another whistle, another combination. The same moves, in the same order, every night. The goal is to make them part of muscle memory – so that, in a match, athletes can react quickly to opponents’ moves with combinations they have practiced night after night after night.

The 2018-19 Panther squad finished fourth in its division. This year’s team, Humphrey says, is “a notch better.” He lost just two seniors to graduation, and he gained six strong freshmen, all of whom have wrestled either in middle school or the “Little Guy” program. “There’s no one in this room who hasn’t wrestled before,” says senior Talon DeMers.

Besides them, Jefferson returns Leo Anderson, who as a freshman finished second at the Southern BC Divisional championships, and fourth at state, at 103 pounds, and junior Dominick Davis, fourth in the Divisional at 113 pounds. This year’s three senior captains all medaled at the Divisional: Cody St. Clair, third at 120 pounds; Dakota Dorn, fourth at 182 pounds; and Eli Reed, second at 138 pounds.

What’s more, Humphrey starts the season with 21 athletes on his roster. He’ll be able to enter wrestlers in 13 of 14 weight classes, a huge advantage over many small-school rivals that often can muster just seven or eight competitors.

Not all of those 21 Panthers will make it to the end of season. Wrestling is a tough sport, and some kids will get banged up and decide they’ve had enough. Those who stick it out will spend a lot of time in close quarters – at practice, of course, every weeknight, and on bus trips to the far corners of Montana for tournaments that typically eat up entire weekends.

Which points to wrestling’s odd dynamic: The team aspect is huge and consuming, but in the end, this is an individual sport. “When you’re out on the mat, you’re on your own,” Humphrey says.

The kids get that; it’s part of why they’re here. “Whatever I do, good or bad, it’s on me,” says St. Clair. “I like how individual it is,” says his senior teammate Joe Campagna. “The matches are all up to me, not my teammates.” Gracie Olds, who switched to wrestling from mixed martial arts, adds that, in this sport, “You are what you do. It’s on you.”

The Panthers are stoked for Cascade. There will be 25 teams there, mostly B and C-level but also a few JV teams from bigger schools. Last year, Jefferson placed fifth; this year, Humphrey is shooting for another top-five finish. And after that? “We got the division championship this year,” says St. Clair. “For sure.”

It’s dark outside, the music is louder, and the Panthers’ evening is far from done. Just five days to Cascade, and there’s a lot of work to do. “There are so many little nuances, body positioning, that are huge in this sport,” says Humphrey. So, it’s more drills. More combinations. Muscle memory.

By the end of practice, the wrestlers will have dropped between two and five pounds in weight. That’s how much effort this is. The kids are moving all the time, either drilling or running or doing stairs. Says Humphrey: “We don’t stop.”