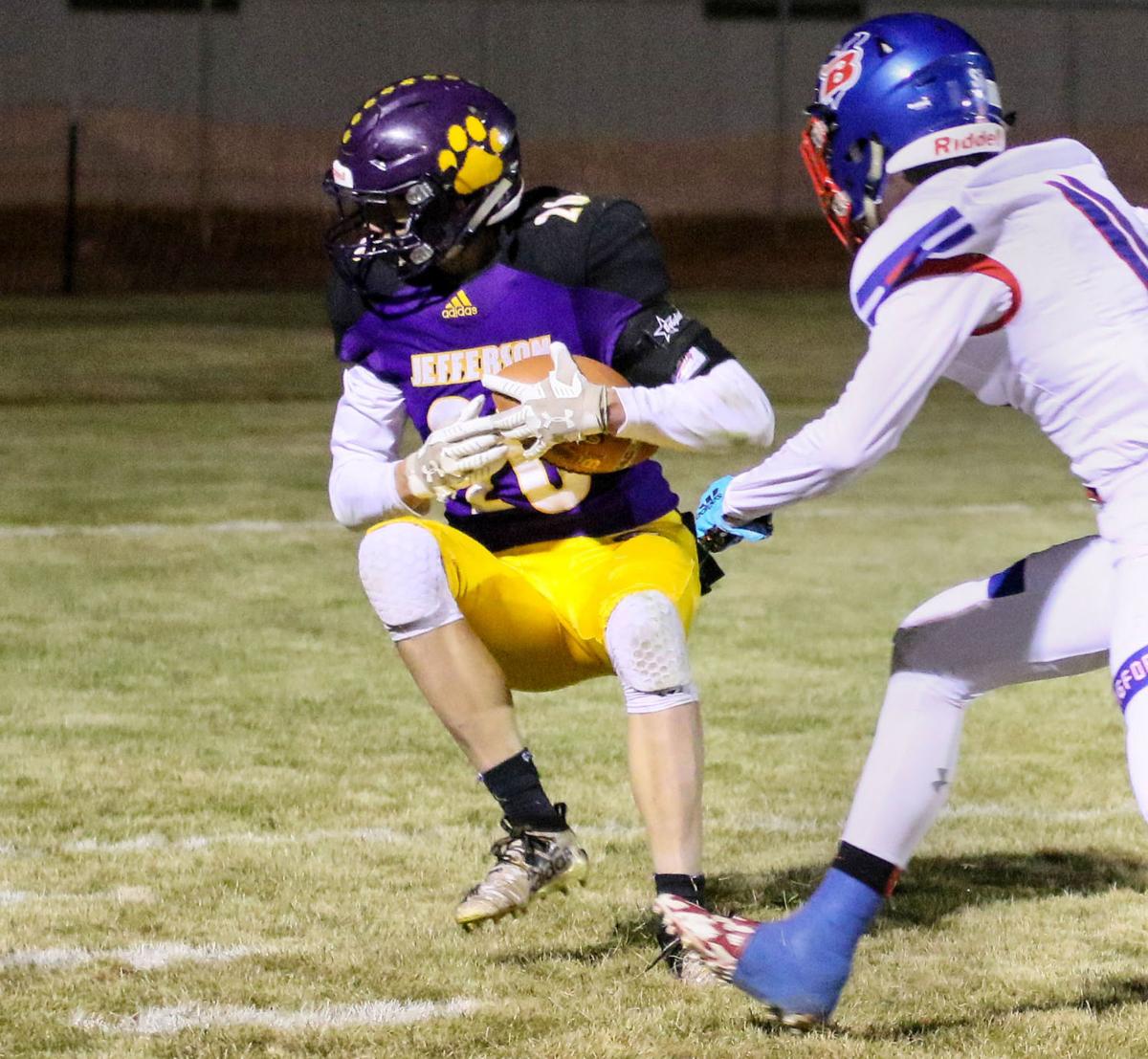 Avery Stiles looks for the goal line as he backs in for a touchdown Oct. 18. 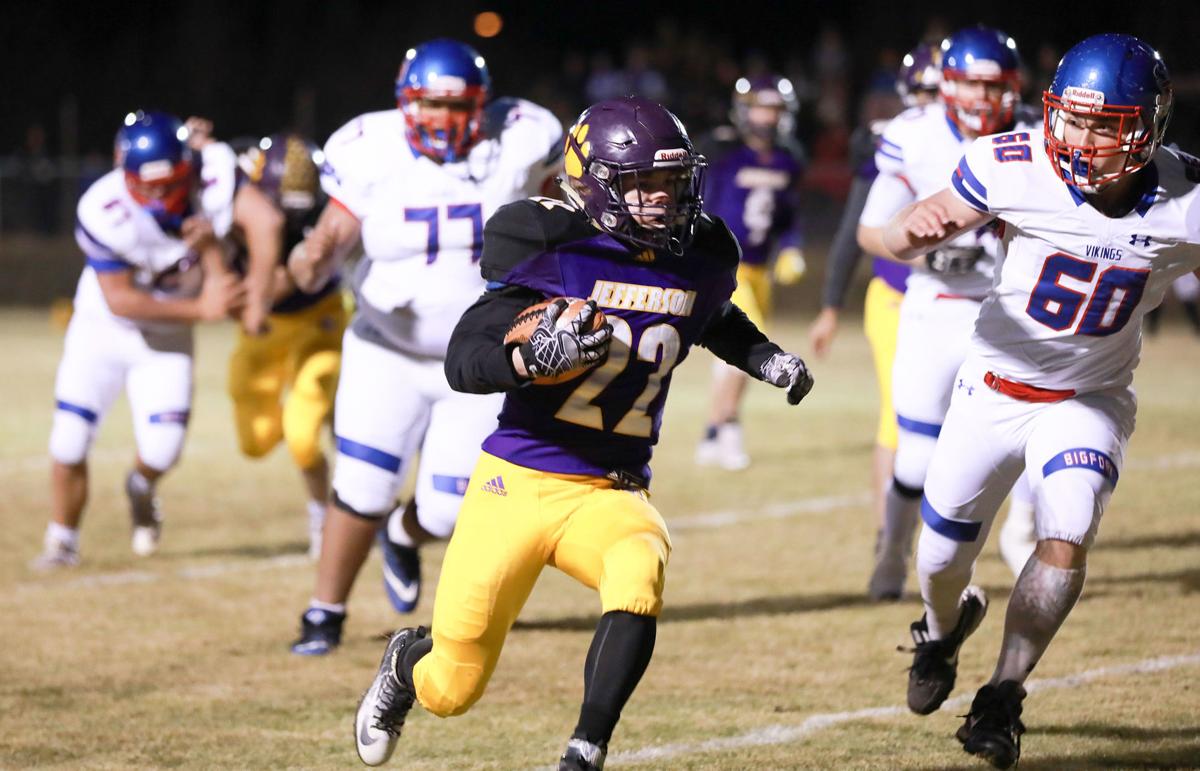 Avery Stiles looks for the goal line as he backs in for a touchdown Oct. 18.

On Friday night, it was Derek Nygaard knocking down a pass, and then Joey Visser swatting away another. It was Josiah Williams with an interception that led to a Panther score, and then Visser doing the same.

It was the defense coming up big, just as it has all season. The Panthers are giving up an average of just 8.0 points a game, third best statewide in Class B.

And on this evening, Jefferson notched its third straight shut-out, beating Big Fork, 28-0.

Big Fork came to town with a 3-3 record, having trounced Anaconda 54-6 a week earlier and Powell County 36-12 the week before that. The Vikings narrowly lost to Broadwater, which handed Jefferson its one conference loss, so the Panthers expected to be tested.

But it only took seconds for Jefferson to get on the board. Jaxson Yanzick took the opening kickoff all the way for a touchdown, Dylan Root converted the PAT, and the Panthers were up 7-0. Big Fork couldn’t do much in its first possession and punted – and the Panthers wasted no time in adding to their lead, with a pass from Braden Morris to Santana Page. With 6:50 left in the first, it was 14-0, Panthers.

Williams’ interception set up a tipped pass that Yanzick ran to the 12, then Morris found Williams in the end zone for a 21-0 lead. And after Visser’s pick, Morris hit Avery Stiles for another six with five seconds left in the half.

The scoring shut down in the second half, and the Panthers’ three fumbles during the game didn’t hurt them. So the score at the final horn was 28-0.

But the postseason picture can still change. This week Columbus travels to Broadwater, and Manhattan is at Jefferson for Senior Night. When those two games are done, the top two district teams will host the first playoff games on Nov. 2, while the third and fourth placers will have to travel. It is going to be an interesting Friday night.