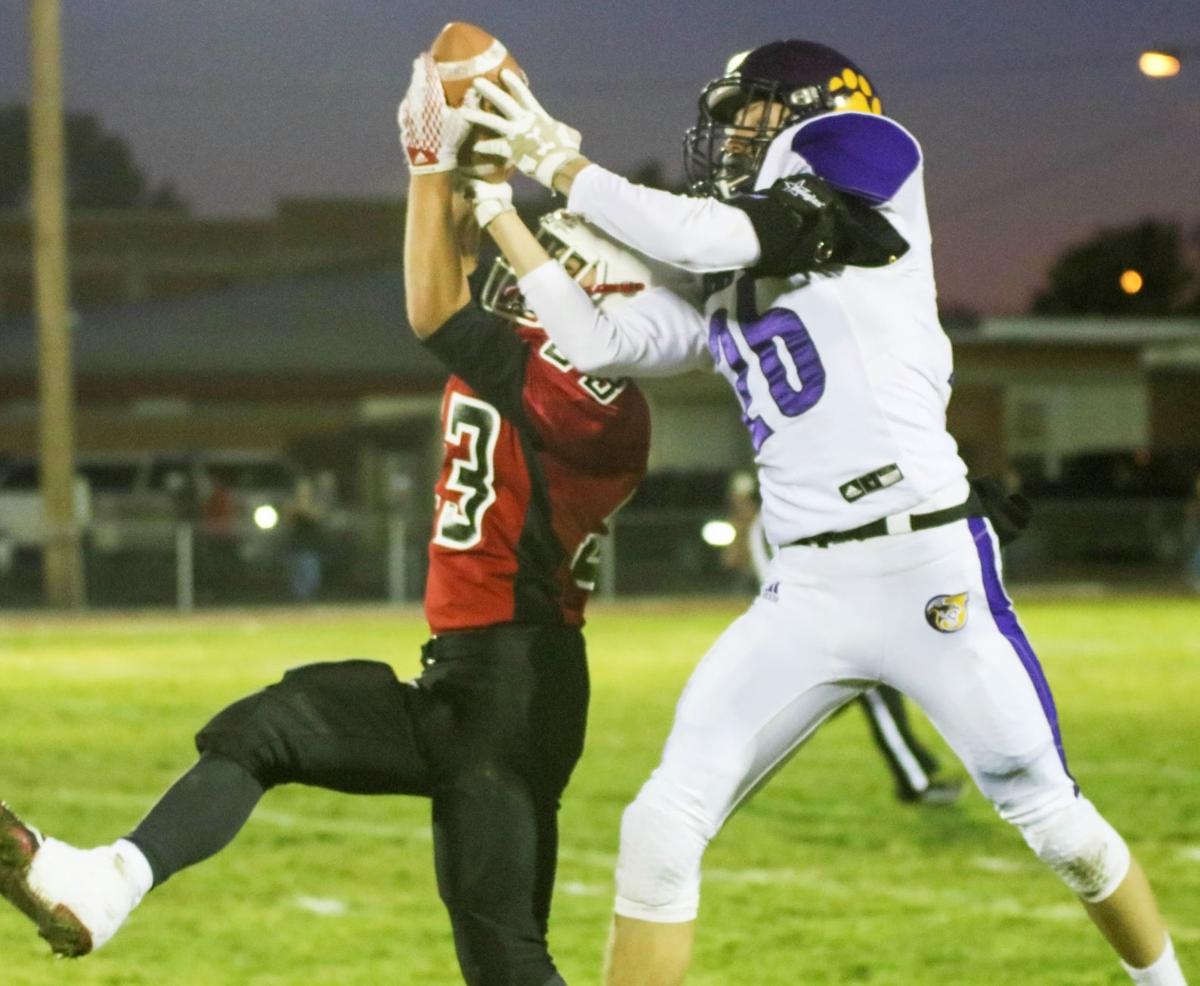 Avery Stiles steals the ball from a Three Forks player. 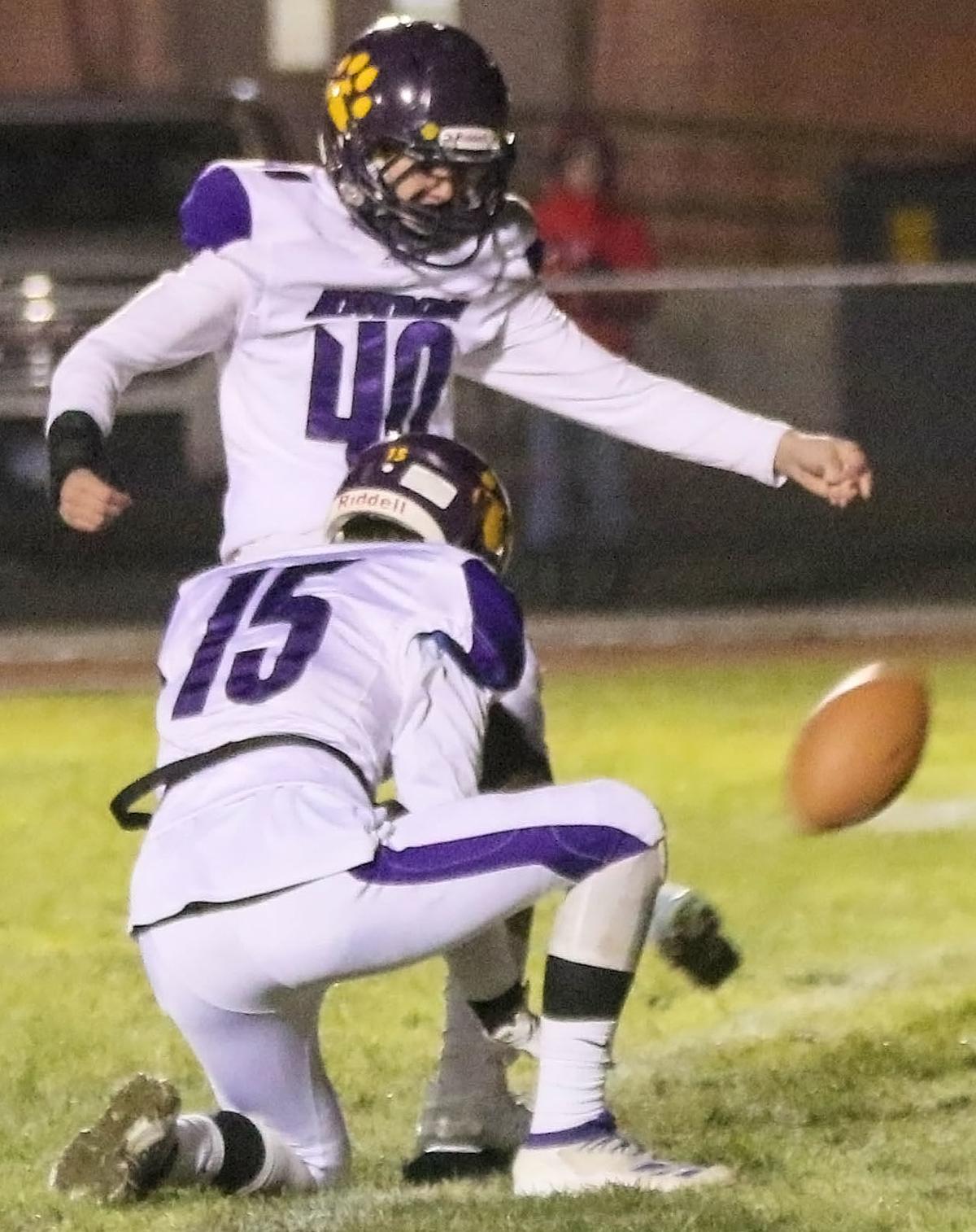 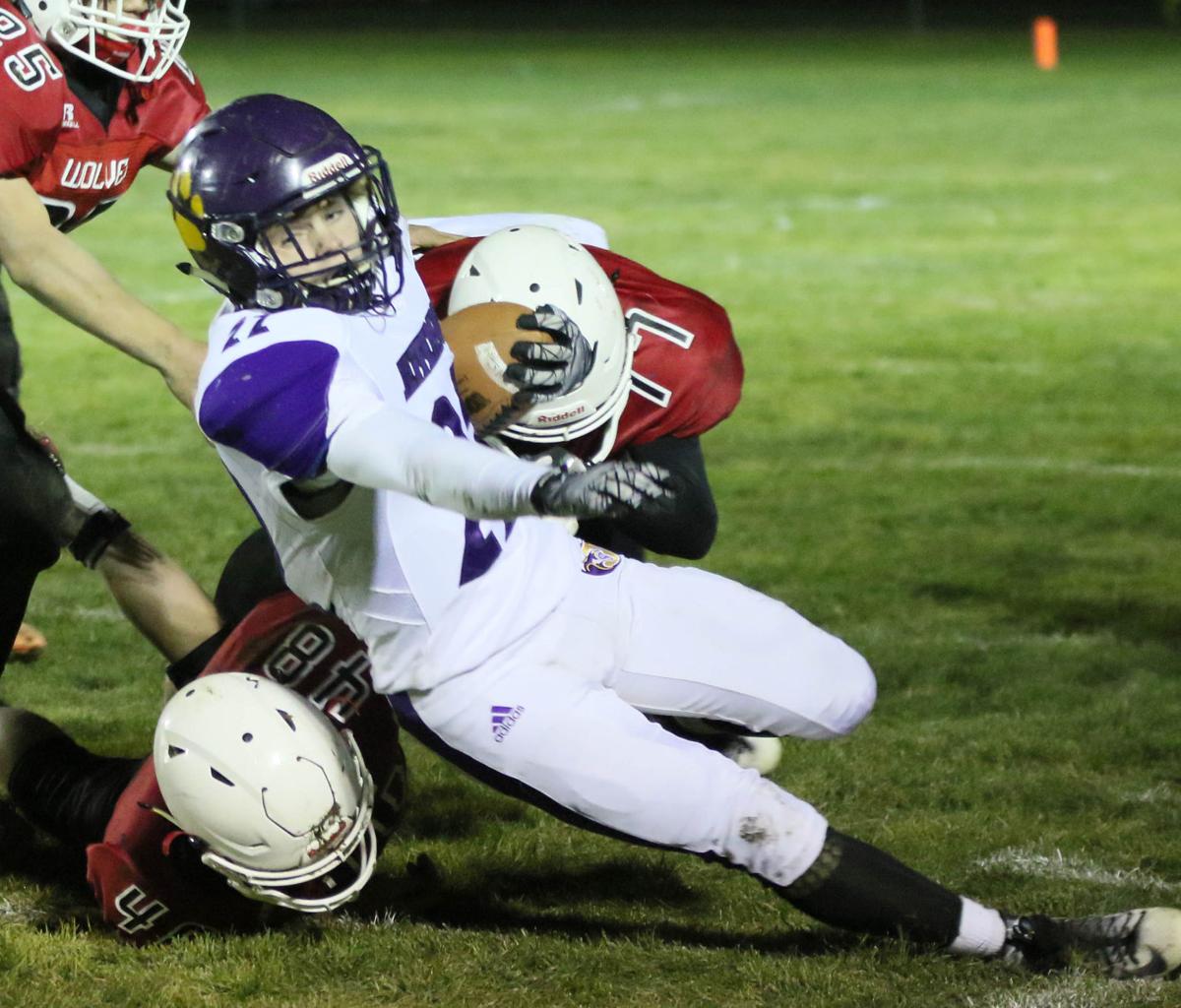 Riley Stock is tackled while trying to advance the ball.

Avery Stiles steals the ball from a Three Forks player.

Riley Stock is tackled while trying to advance the ball.

Jefferson got down to business early. After forcing a three-and-out punt on Three Forks’ first possession, the Panthers started on their own 43 – and on third and 12, Braden Morris hit Yanzick for a score. Dylan Root’s PAT was good, and just like that, it was 7-0 Panthers.

The rest of the half was more of the same. With 2:31 left in the first quarter, Morris lofted a pass that looked like it might be intercepted. But the high-jumping Avery Stiles grabbed the ball and ran in for six. Yanzick put the Panthers on the scoreboard again with 10:26 remaining in the second, dashing into the end zone on a 2nd-and-20 run.

Meanwhile, the Panther defense was doing its job: Jefferson allows the fifth-fewest points per game in Division B statewide thanks to plays like Coen Guisti’s backfield tackle that set the Wolves back to their own 7-yard line. A rare offensive interference call on the Panthers kept them out of the end zone that time, and the half ended 21-0.

Jefferson used multiple players in the second half and still added two more touchdowns. Yanzick made a terrific move, running right, stopping suddenly to dodge a Three Forks defender, and then taking off for a few more yards. His score with 2:05 left in the third made it 28-0. And a pass from Morris to Yanzick and another PAT by Root put the Panthers up 35-0. From there, the clock was in mercy-rule mode, running non-stop.