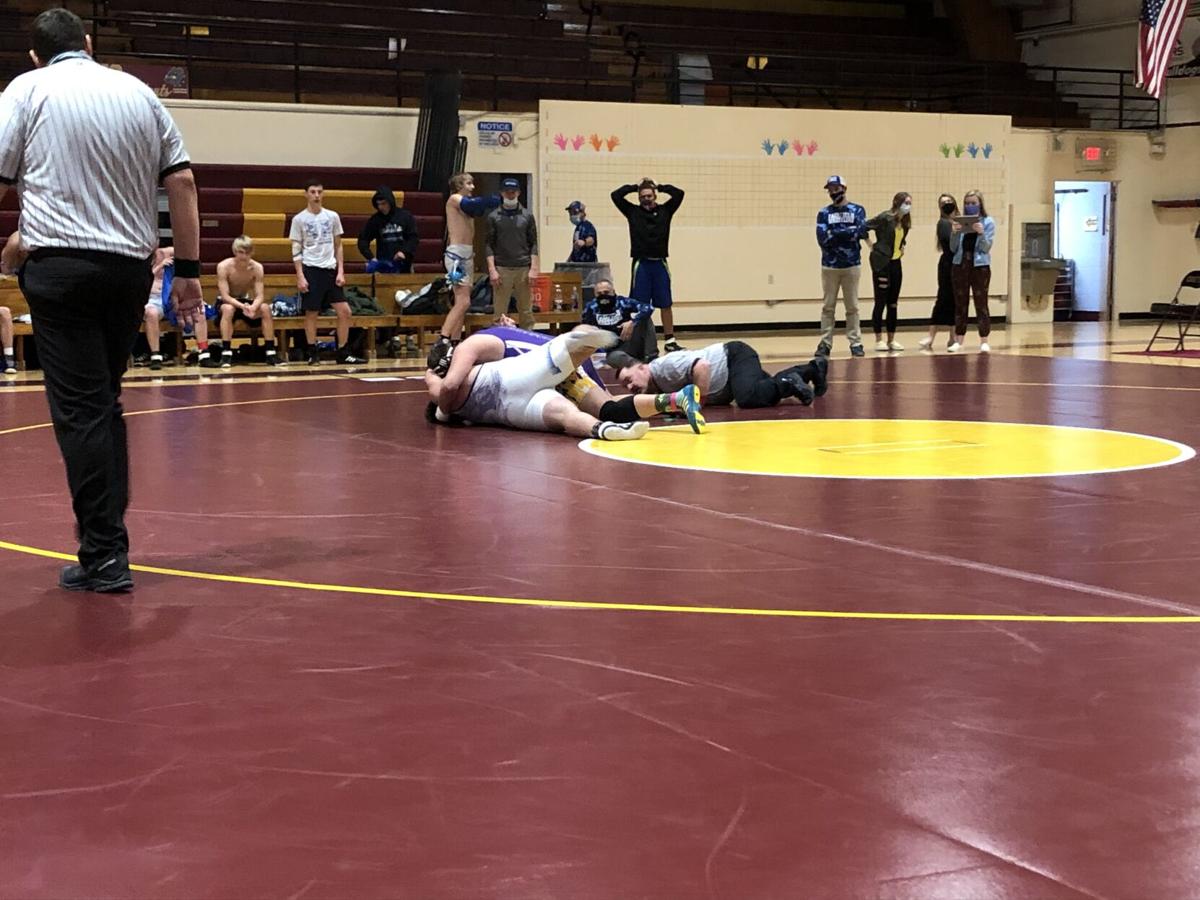 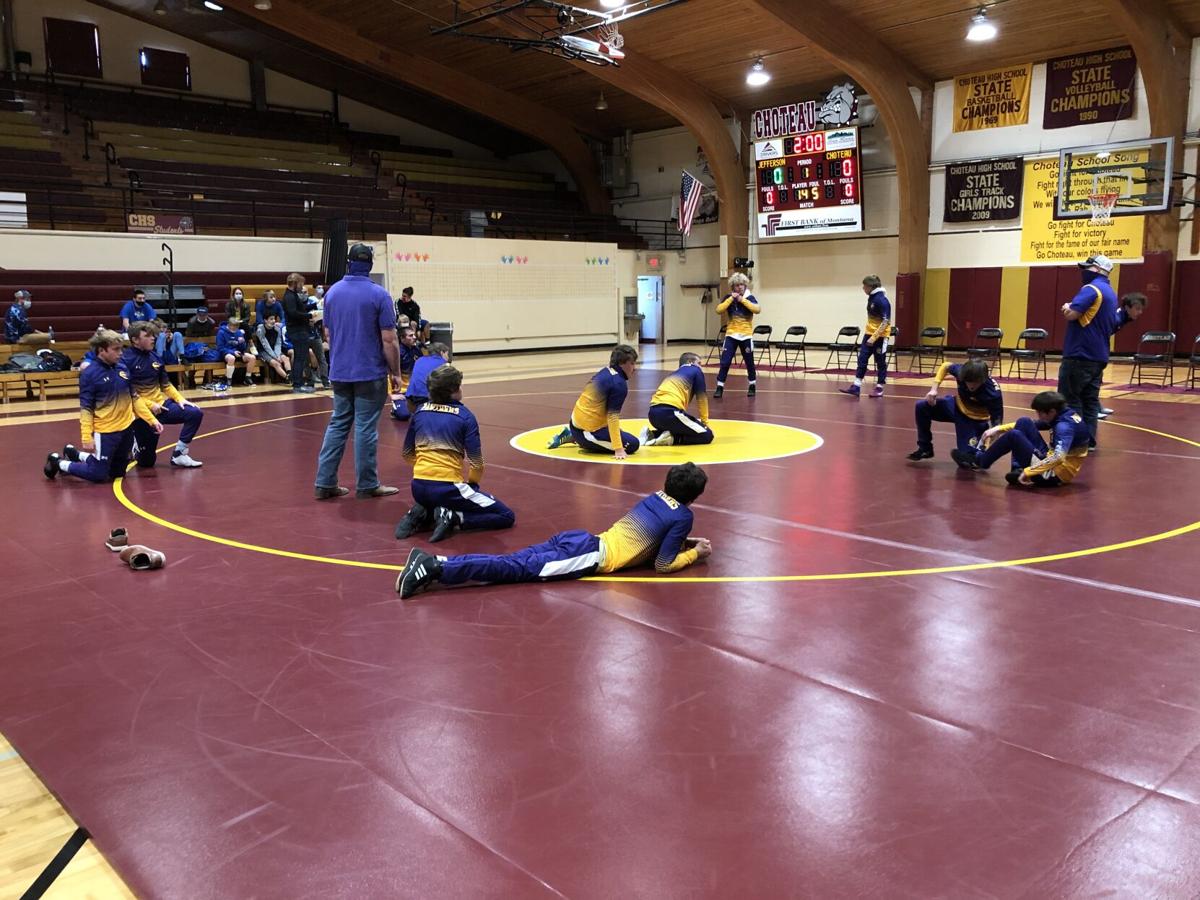 The Jefferson High School wrestling team warms up Saturday before taking on Choteau and Fairfield. (Photo by Troy Humphrey) 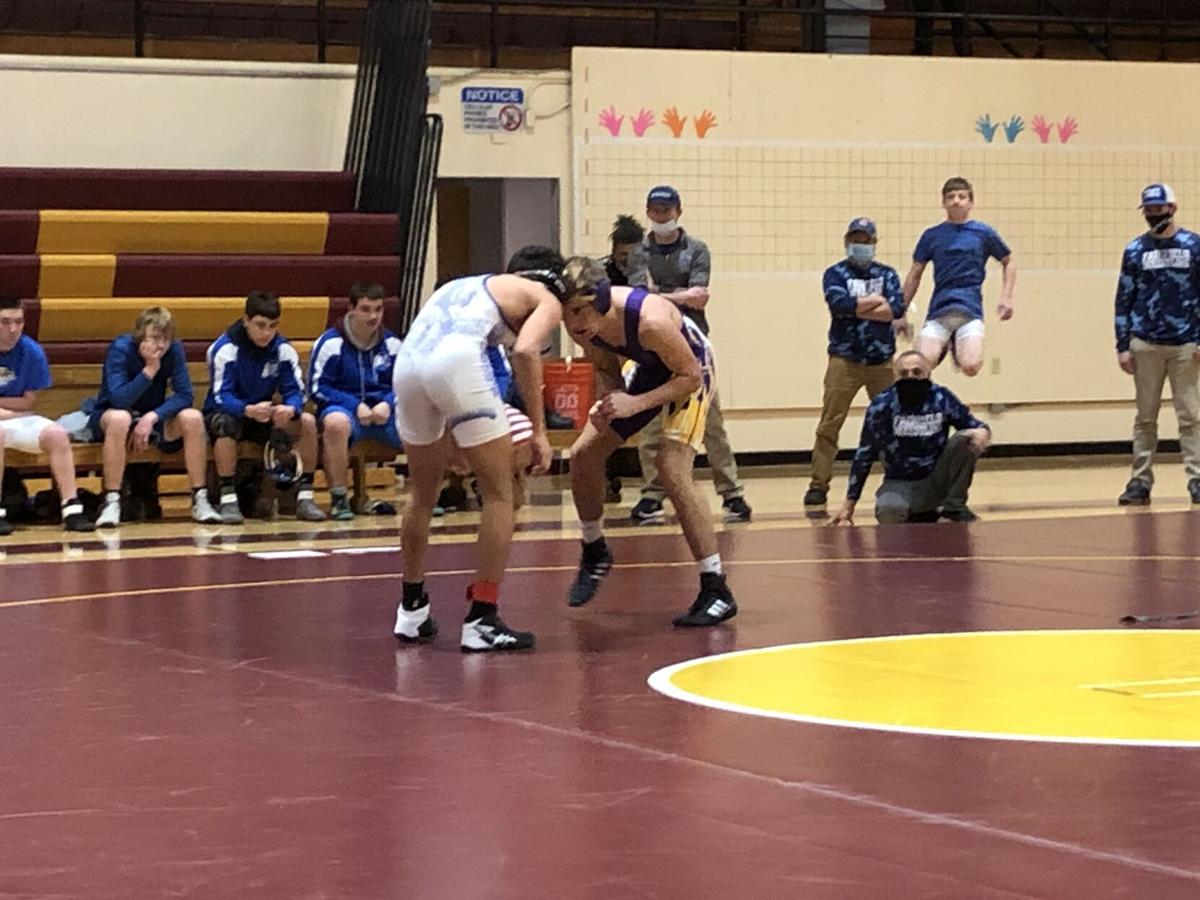 The Jefferson High School wrestling team warms up Saturday before taking on Choteau and Fairfield. (Photo by Troy Humphrey)

It was a win one, lose one day for the Panthers wrestling team as it kicked off the season in two dual matches Saturday against Choteau and Fairfield.

Eight Panthers won their matches against Choteau, putting the team on top at 48-21.

Leo Anderson, at 103 pounds, got the ball rolling by securing six points for the team and Christian Davis doing the same at 113 pounds.  At 120 pounds, Dylan Mikesell made quick work of his opponent and registered a 52-second pin.  Isaac Van Blaricom scored six more team points at 126 pounds to put the Panthers up 24-0.  At 132 pounds, the Bulldogs would get their first points as Zack Supalla was defeated 15-0.  Colman Thornton, 138 pounds, would add six more points.  John Armstrong lost a 14-6 major decision at 145 pounds and the team score stood at 36-9 in Jefferson’s favor.  At 152 pounds, Jace Oxarart stapled his opponent in the second period.  Kaden Johnson scored six more points at 160 pounds, while Miles Dodge was defeated at 182 pounds.  Jefferson gave up six points for a forfeit at 205 pounds.  In the final match of the dual at 285 pounds, Matt Riehl was able to fight off his back to reverse his opponent and secure the second period pin.

Next up was Fairfield.

Fairfield had recently finished second in the state in football with many of those athletes participating in wrestling as well.  Anderson again secured six points for the team, but that was followed by Fairfield collecting victories over Davis, Mikesell, Dayton Brown, Supalla and Colman Thornton.  The Panthers were down 28-6 before they were able to score more team points.  Armstrong stapled his opponent in the second period, while Oxarart did so in the first period.  The team score stood at 28-18 in favor of the Eagles.  Next up, Johnson was defeated by his opponent while Dodge scored six team points.  Jefferson again gave up six points for a forfeit at 205 pounds.  In the final match, Riehl defended his opponent’s leg attack by showing his football tackling skills, stapling his opponent in the first period.

“Coaches’ take: It was great to finally get some competitions in.  We had a number of fans show up to support the team and that was really appreciated.  With many freshmen on the team our inexperience showed at times, but we certainly fought hard in all our matches.”

Oxarart was selected by his coaches as the JHS Panther Wrestler of the week.  Oxarart recorded two pins on the day with one of those coming while wrestling up a weight class.

Riehl had the quick pin of the week for the Panthers when he pinned his opponent in 36 seconds during the Fairfield dual.

The next action for the Panther wrestling team will be a home dual on Friday, Jan. 8 against Anaconda at 6 .pm.  The team travels to Worden to take on Huntley Project and Malta on Saturday, Jan. 9.  Action gets underway at 12:30 pm.