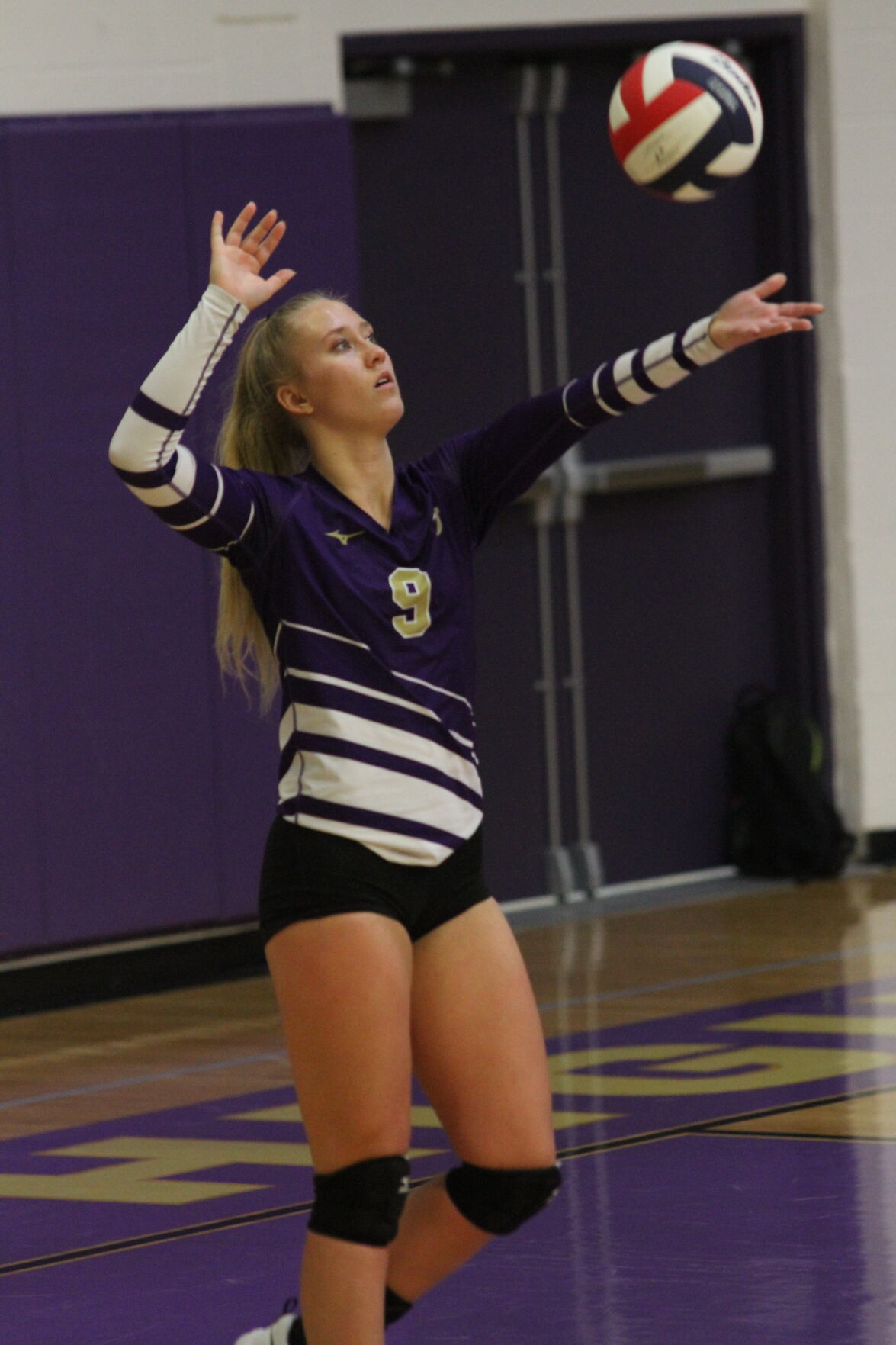 Sydney Mace serves during the Smackdown in the Big Rock tournament. 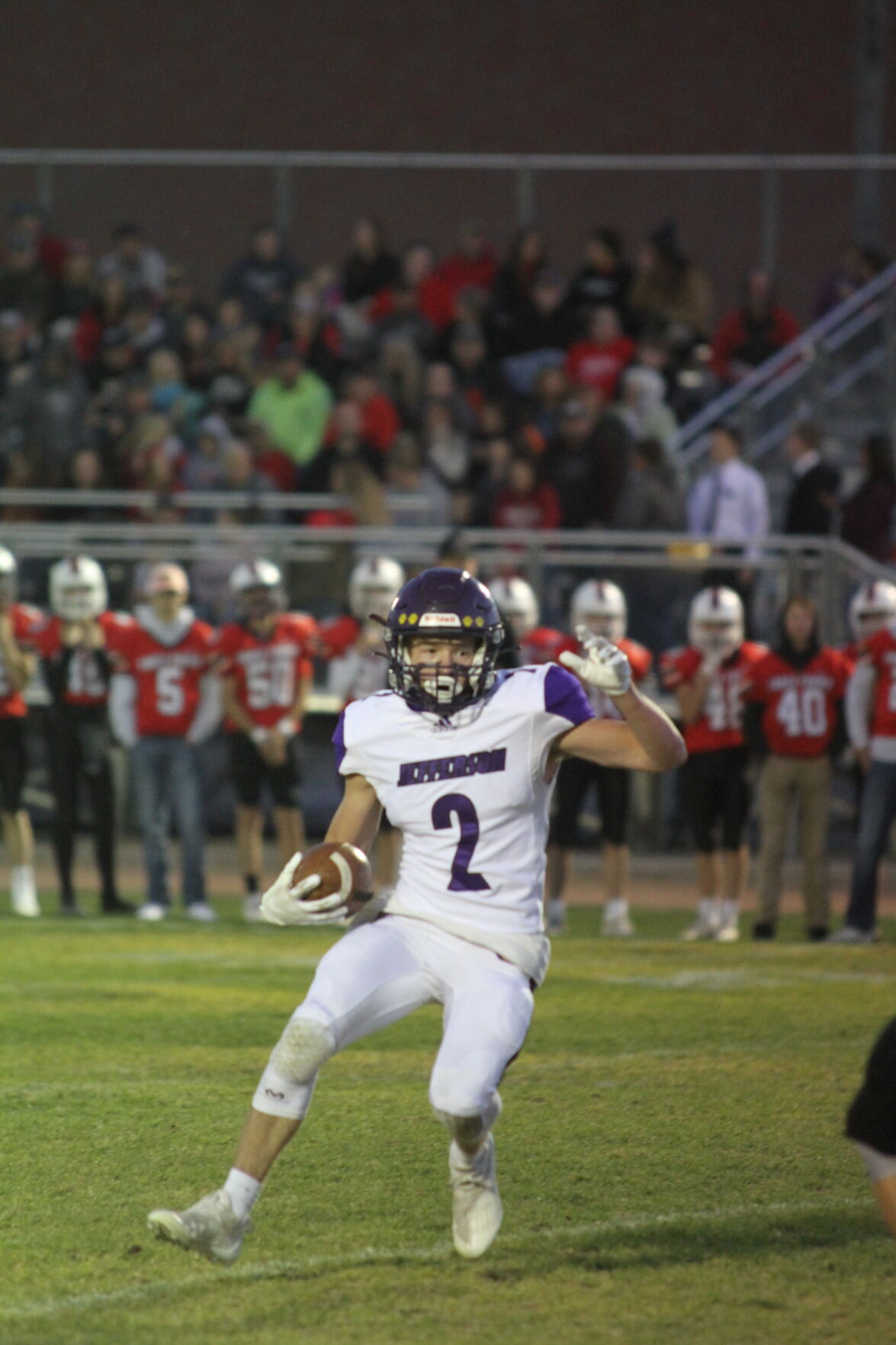 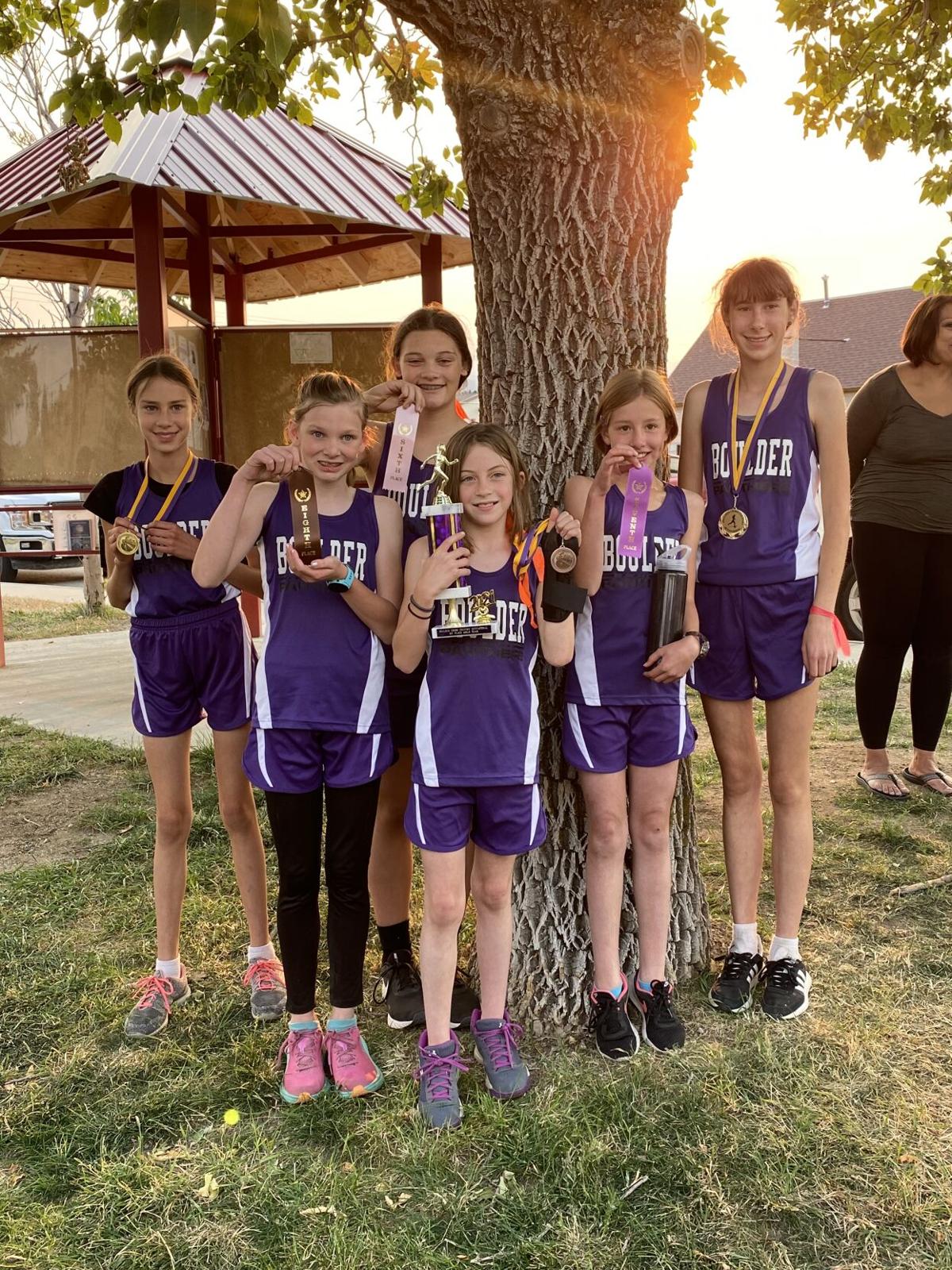 Sydney Mace serves during the Smackdown in the Big Rock tournament.

It didn’t count in the standings, but Saturday’s Smackdown in the Big Rock volleyball tournament still felt pretty sweet. Jefferson High invited teams from across the state to their gym for a day of high-octane matches—and it was a very poor host, dispatching all its guests and taking the trophy for itself.

The Panthers were in first place after pool play and took on Choteau in the championship match. This was a grudge match of sorts, since the Bulldogs had outlasted Jefferson the previous weekend in the final match of Choteau’s own tournament.

This time, the Panthers won the first set, 21-13, and lost the second 14-21. That put the teams into a 7-point tie-breaker. Dakota Edmisten slammed down the first three points before Choteau could score; then she answered to make it 4-1. Choteau pulled to 4-3, but the next 3 points went to the Panthers for a 7-3 win. It was a great tournament with teams from all over the state.

Earlier that week, the volleyball teams had traveled to Park High in Livingston—and they came home with sweeps. The C team and JV team both took their matches in straight three sets. In the varsity contest, the Panthers started with the first two points, then increased their lead to 14-4 on kills by Edmisten and Rachel Van Blaricom. Park went on a small run to pull to 15-7, but the Panthers put the game on an ace by Van Blaricom, 25-16.

In the second set, Arena Faler made two kills to put Jefferson up 10-4. Then a kill by Edmisten, an ace by Emma McCauley, and a block kill by Baylee Toney sparked a 25-11. An ace by Gracie Leiva put the Panthers up 11-2 in the third. Sophie Livesay’s block made it 17-10, and Jefferson went on to win, 25-15.

Cross-country runners turned in some great times Saturday at the Three Forks meet. Coach Karson Klass reported that the boys pulled together for their best showing of the year.

On Thursday, Jefferson will run in the 7 of 7 meet at the Bill Roberts Golf Course in Helena. The JV girls start at noon and JV boys at 1 p.m. Then it's a staggered-start varsity race, starting with the seventh runners, boys and girls, on each school's seven-runner squad at 1:45 p.m. The sixth runners go at 2:15, fifth runners at 2:45, fourth runners at 3:15, third runners at 3:45, second runners at 4:15, and first runners at 4:45. According to a webpage for the meet, the staggered format for the varsity race allows "all seven varsity runners an opportunity to contend for a top position in each race."

The Panther football squad traveled to Three Forks on Friday night and came home with a shutout. Jefferson’s defense was in on every play, and the offense hummed for a 37-0 win.

The Panther defense showed it was ready to play on the very first set of downs: Jayden Kemner sacked the Wolves’ quarterback, setting the tone and firing up the crowd.

Three Forks was forced to punt, and the Panthers wasted no time moving down the field. A keeper by quarterback Braden Morris, a nice pass completion to Tom Meyer, and a Riley Stock run took it to the Three Forks 15. And on 4th and 9, Morris connected with Jake Genger for a touchdown. The extra-point kick by Caleb Smartnick made it 7-0 with 6:02 left in the first.

Smartnick’s kick-off was fumbled by the Wolves, giving the Panthers the ball on Three Forks 21. Morris ran to the 11, Jace Oxarart took it to the 5, and Morris found Luke Oxarart in the end zone. After another Smartnick extra-point kick, it was 14-0—and the Panthers weren’t done. Morris connected with Luke Oxarart again for a touchdown, making it 21-0 at the end of one.

In the second, Three Forks was forced to punt deep in its own territory. The punt was blocked, Smartnick recovered the ball in the end zone and then kicked the extra point for a 28-0 Jefferson lead. Another pass from Morris to Luke Oxarart, and another Smartnick kick, made it 35-0—and started the running clock.

A lot of subs rotated in for the Panthers, and there was no scoring in the third. Tyler Harrington came up with a big stop, reaching around and knocking down a Wolves pass—and then intercepting another throw. Finally, Three Forks, deep in Panther territory had a snap go over the quarterback’s head and into the end zone; Jack Johnson came up with the tackle for a safety, bring the final score to 37-0.

This Friday the Panthers travel to Sweet Grass County. The two games after that are at home, with Manhattan visiting Oct. 15 and Townsend on Oct. 22.

The Monitor made two errors in last week’s report on the Panther football loss to Columbus. Caleb Smartnick was the kicker who made the extra points, and Zach Zody was the player who returned a kickoff to the 42.