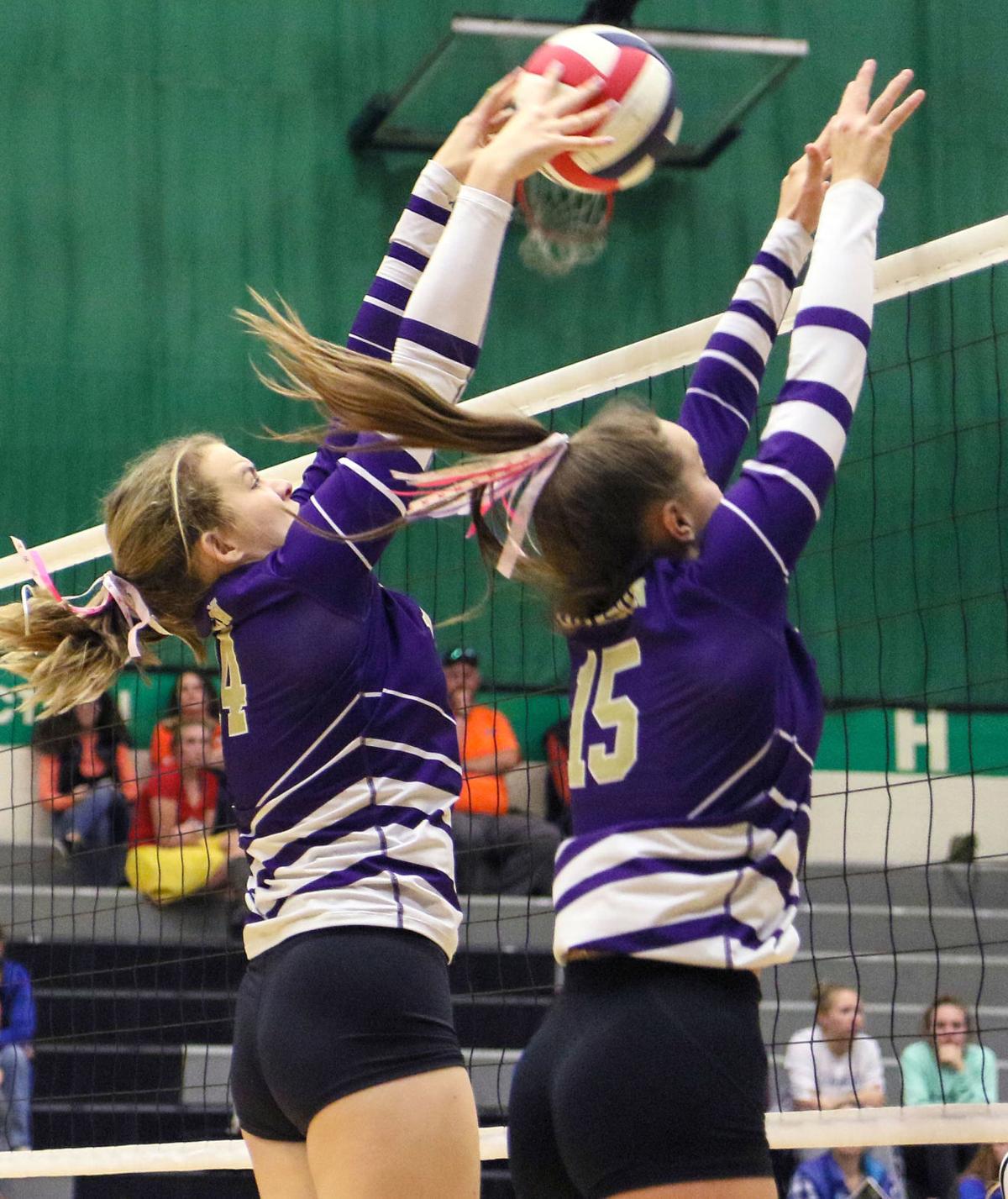 Hope Dobyns blocks the ball with an assist by Kylie Marks against Manhattan. 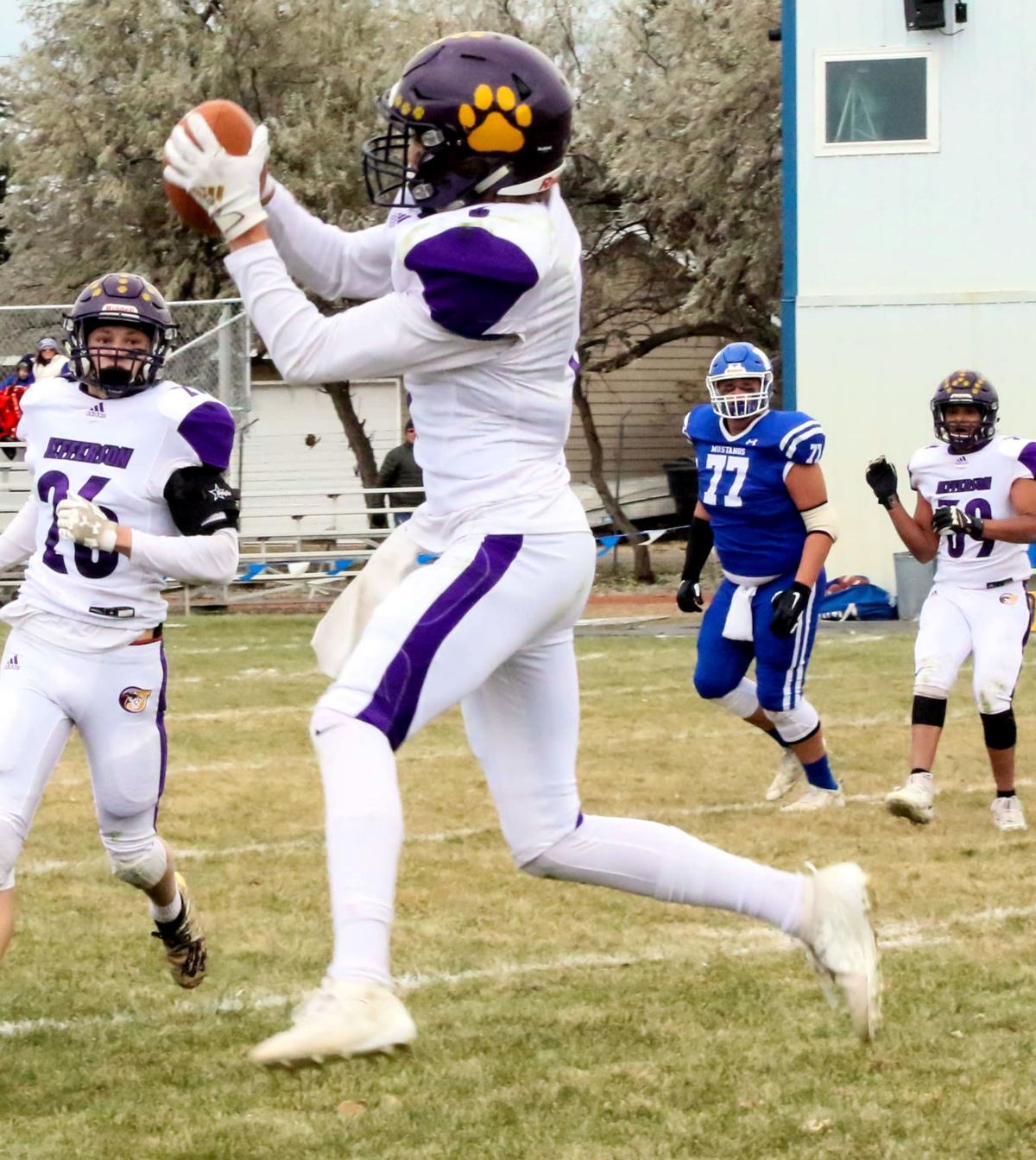 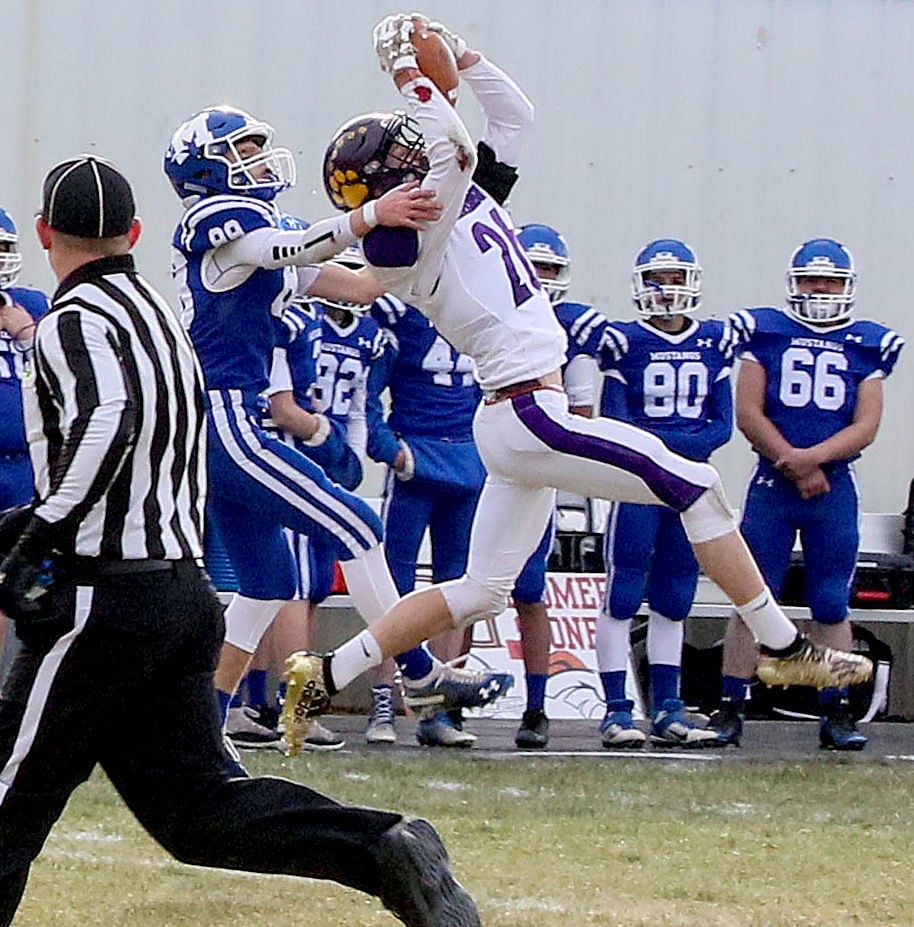 Avery Stiles grabs the ball to advance down the field against Malta/Whitewater/Saco. 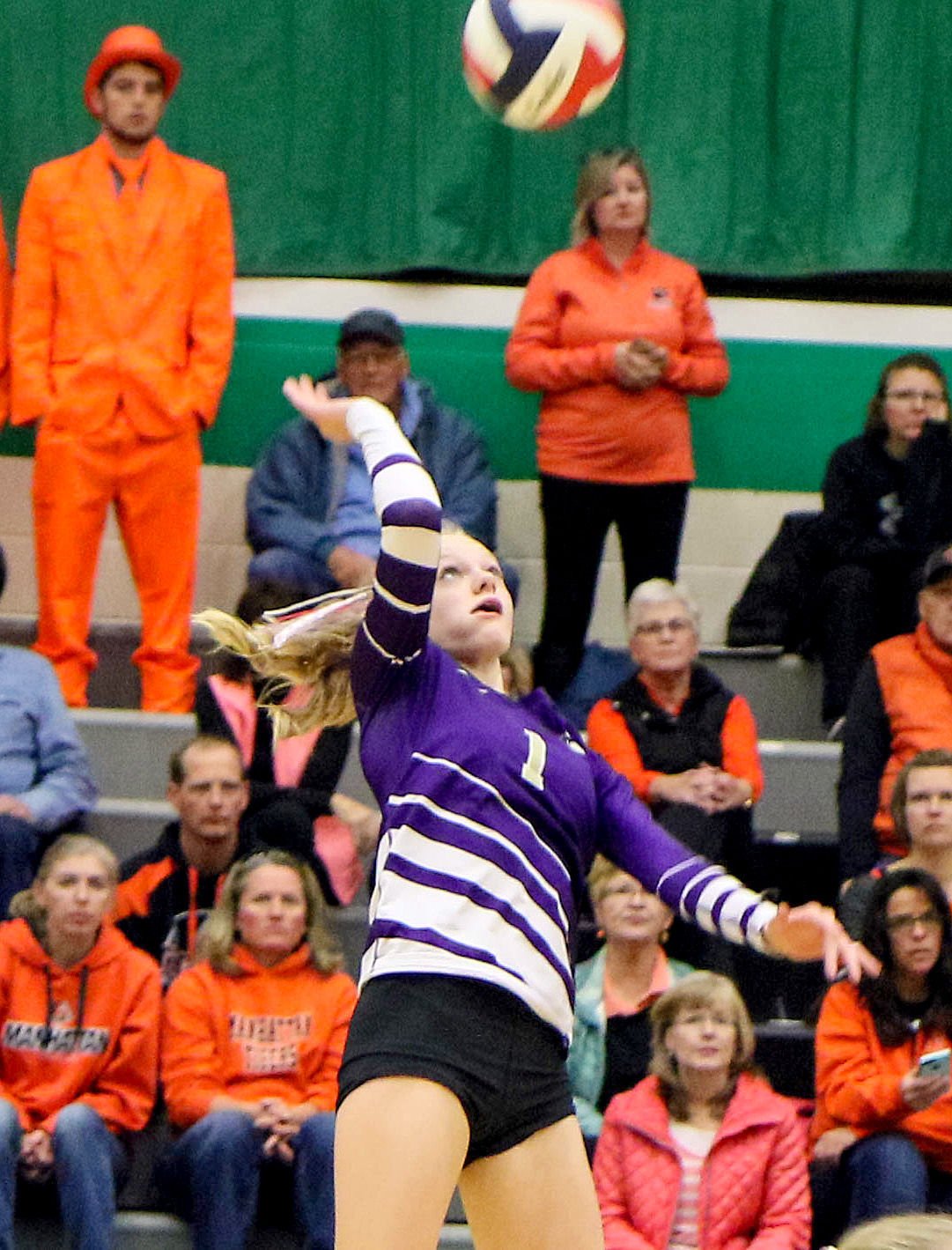 Dakota Edmisten looks for a kill against Manhattan. 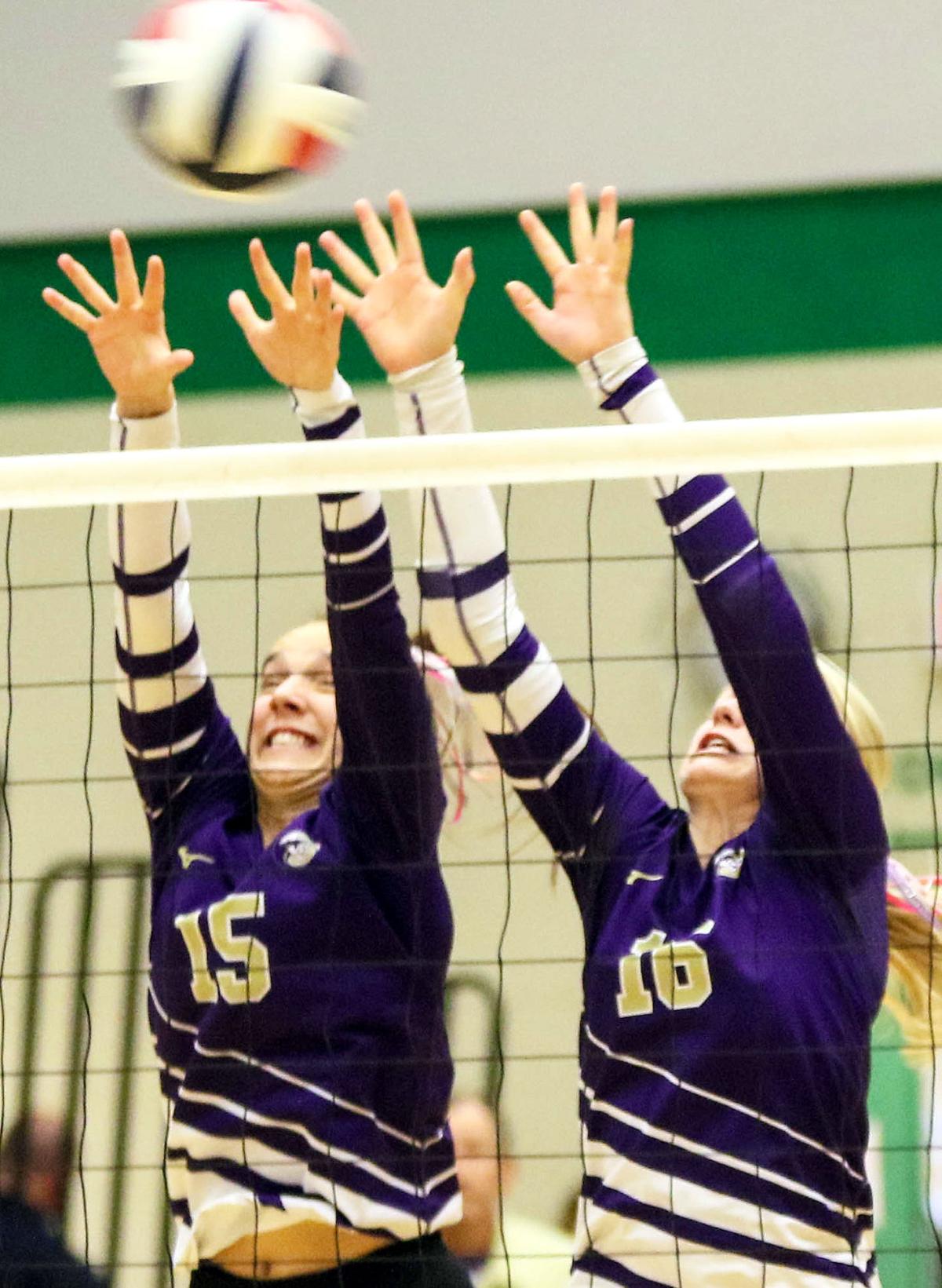 Kylie Marks and MyKala Edmiston go up for a block against Manhattan.

Hope Dobyns blocks the ball with an assist by Kylie Marks against Manhattan.

Avery Stiles grabs the ball to advance down the field against Malta/Whitewater/Saco.

Dakota Edmisten looks for a kill against Manhattan.

Kylie Marks and MyKala Edmiston go up for a block against Manhattan.

It wasn’t clear to anyone, including Coach Mike Majors, what the Panther volleyball squad would deliver this year: After losing nine seniors from last year’s undefeated team, and a star junior to transfer, Majors was left with a very young group. Promising, yes – but how far could this inexperienced bunch go?

An answer emerged at last weekend’s District 5B tournament in Belgrade: Jefferson is tough. After finishing second, the squad will go at least to Columbus, site of this year’s Southern B Division tournament, Thursday through Saturday.

The Panthers won three and lost two over the weekend, putting up a good fight before succumbing in the championship match to Townsend. They will advance along with Townsend and third-place Manhattan.

Next up was Manhattan. The Panthers and the Tigers had split during the regular season, and this match went all the way to five sets. Manhattan took the first two, 25-23 and 25-18. But Jefferson came back in a big way to win the third, 25-14, and the fourth, 25-21, then capped it with a 15-13 victory in the final set.  Dakota Edmisten and Marks each had two aces, Dakota had 21 kills, Hope Dobyns seven blocks, Emma Grange 15 assists, and Alexander 23 digs.

Next up was Broadwater, with both teams undefeated thusfar in the tournament. The Panthers lost this one in three, 25-16, 25-22, 25-13. That put them in rematch with Manhattan, with the loser taking third place and the winner going up against Broadwater for first. Jefferson came out on fire and took the match in three, 25-16, 25-13, 25-20. Dakota Edmisten, Marks and Alexander all notched an ace, the Edmisten sisters each had 12 kills, Grange had 14 assists, and Alexander had 13 digs.

On to Columbus. In Thursday’s first round, starting at 1:30 pm, the Panthers will take on Joliet. Manhattan, meanwhile, will play Shepherd, the winner to meet Colstrip, while Broadwater meets Forsyth and Huntley Project plays Baker. The top three teams from the weekend will advance to the State tourney in Bozeman.