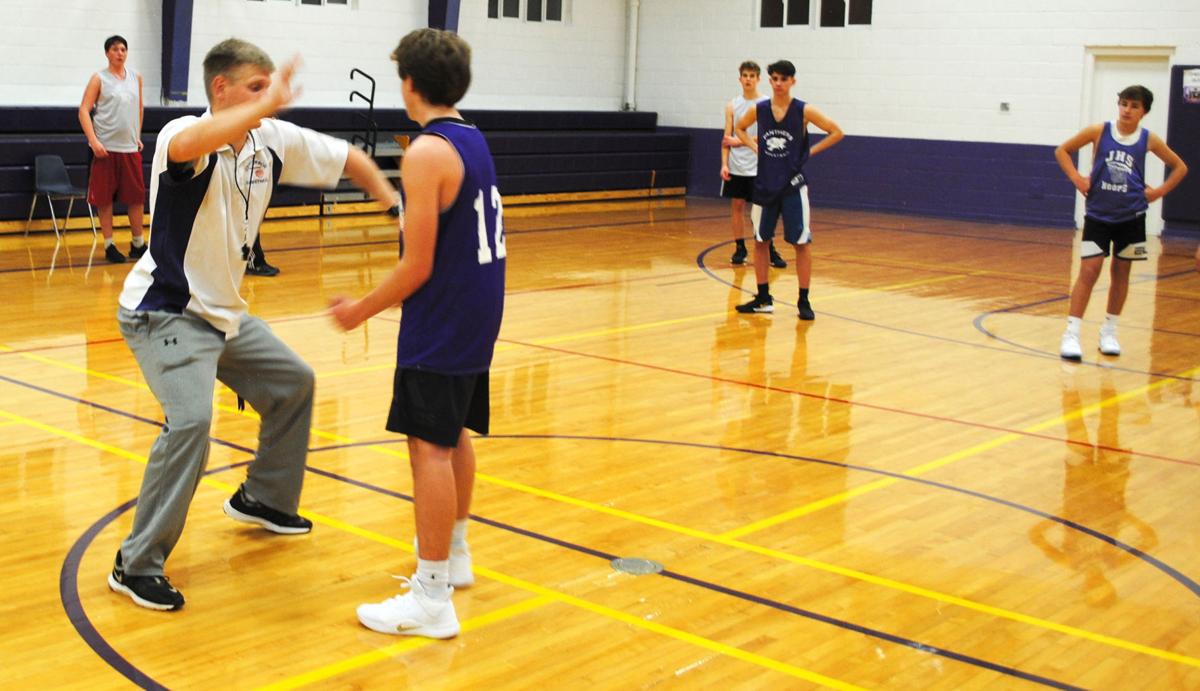 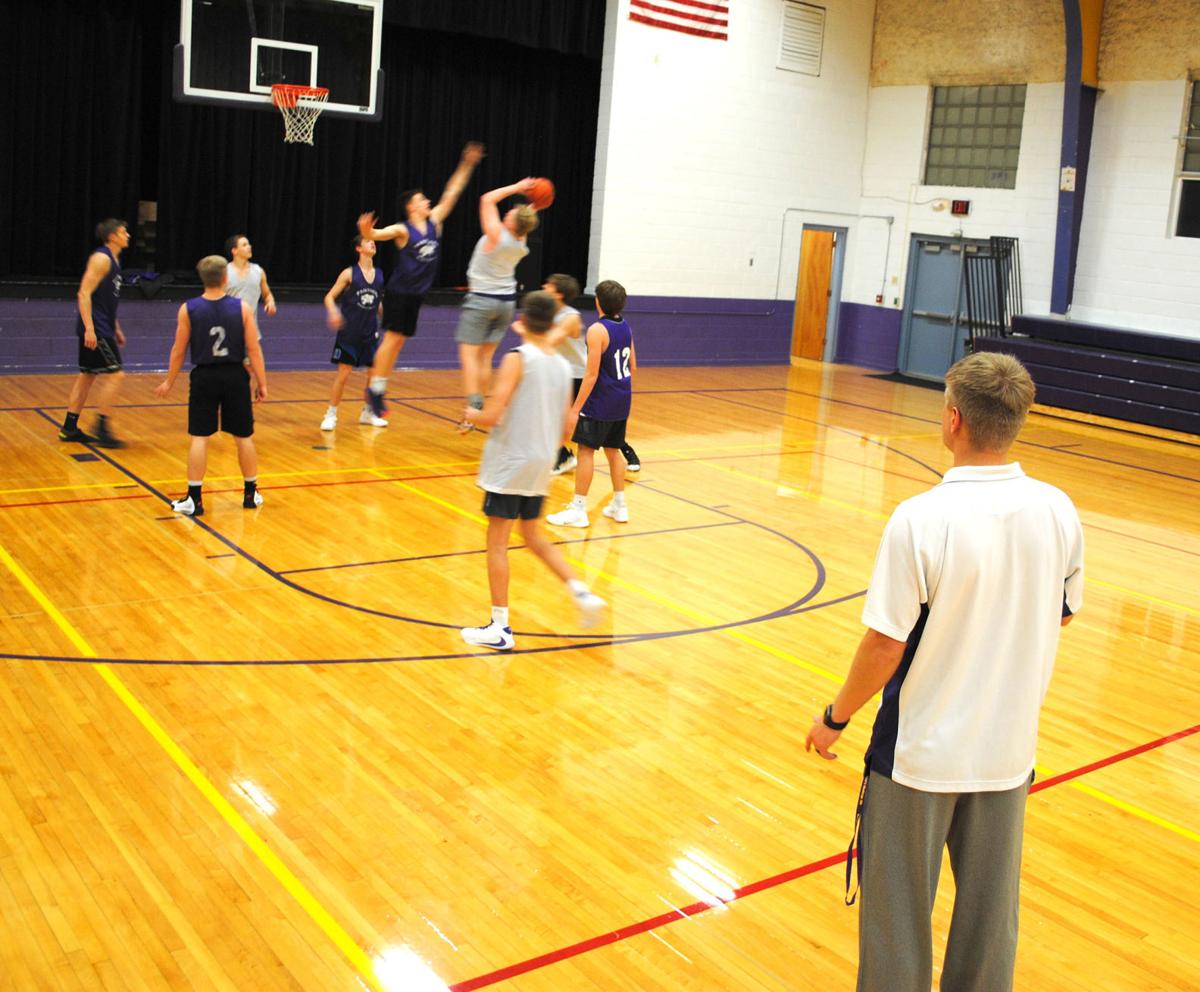 Early into a practice last week, Anthony Connole slipped out of the gym while his team warmed up. He returned a few minutes later…transformed! He sported a purple top with gold stripes down the arms. And, shockingly, purple-and-white candy-striped pants – a bold, retro style in the mode of the Harlem Globetrotters.

A collective “WHOA!” came from the Jefferson High boys’ basketball teams, then laughter, then applause. This, Connole explained, would be the varsity’s new warm-up outfit for the 2019-20 season.

Connole, 29, was elevated to head coach when Clint Layng stepped down after 7 years in the job. A 2009 JHS grad, he’s put in three years as the Panthers’ JV girls coach (serving under his dad, Scott Connole) and another three with the JV boys. He also teaches physical education and math at the Clancy School.

What’s new: Speed. This isn’t an especially tall squad, but “we have athletes to run the floor,” Connole says. “We’re going to push the ball.”

Starting forwards Bryce Harrington and Kieran Eveland from last year’s team, which went 5-13 in the regular season but made it to the Southern B Divisional Tournament, have graduated. But the Panthers will return senior wing Avery Stiles, who averaged 11.2 points per game in the 2018-19 campaign, and point guard Jaxson Yanzick (6.4 ppg), as well as 6’3” Josiah Williams, who will anchor the post.

Connole also inherits a promising corps of sophomores: Jake Genger, Tyler Harrington, Trent McMaster, Braden Morris, and Joey Visser. McMaster and Visser saw plenty of minutes last year; the other three will be in the mix this season.

And there’s a new face: Big-man Derek Nygaard, who has switched from wrestling to hoops for his senior year. He won’t start, but “he worked hard all summer, he’s super-coachable, and he’s been getting better at every practice.” Plus: “6’6” and 240 pounds – you can’t push that out of the way.” Assistant coach Bruce Binkowski concurs: “Oh, yeah, he’ll help us.”

Two weeks into practices, Connole is still figuring out what works, and what doesn’t so much. “I’m trying to get to know everyone’s roles, trying to find the right five, what’s going to click. I want to get that good team chemistry, that brotherhood.”

And he wants to see speed. “It’ll take a while to change expectations,” he says – but he’s moving things along by working his team hard and often on quickness and the transition game. In one drill, players run in place in a defensive posture, pivot, then spring to a new position. (Coach: “If my old butt can do this with two bad knees, you can!”) In another, a two-on-one break shifts to a three-on-two going the other way, then four-on-three heading back.

The Panthers are (mostly) up for the running, but when it comes to playing the game, they look – well, they look like a team that’s been practicing together for just two weeks. They’re still learning the multiple defenses that Connole plans to throw at opponents. Passes too often go wide or into traffic. Players aren’t sure where to go. Rhythm is elusive.

But there are moments, even now, when things click – when the passes are crisp, when there’s good movement off the ball, when the kids find the openings. Harrington goes to Yanzick, Yanzick to Stiles, back to Harrington, then inside to Williams for a sweet reverse lay-up. Bang-bang-bang.

And you think, yes, there’s something here.

Connole thinks so, too. At the end of practice, he tells his tired, run-out Panthers: “By Districts, we will be a force to be reckoned with. Teams will not look forward to playing us. People will look at you and say, ‘Oh, that’s Jefferson High.’”

And those fly warm-ups will help.