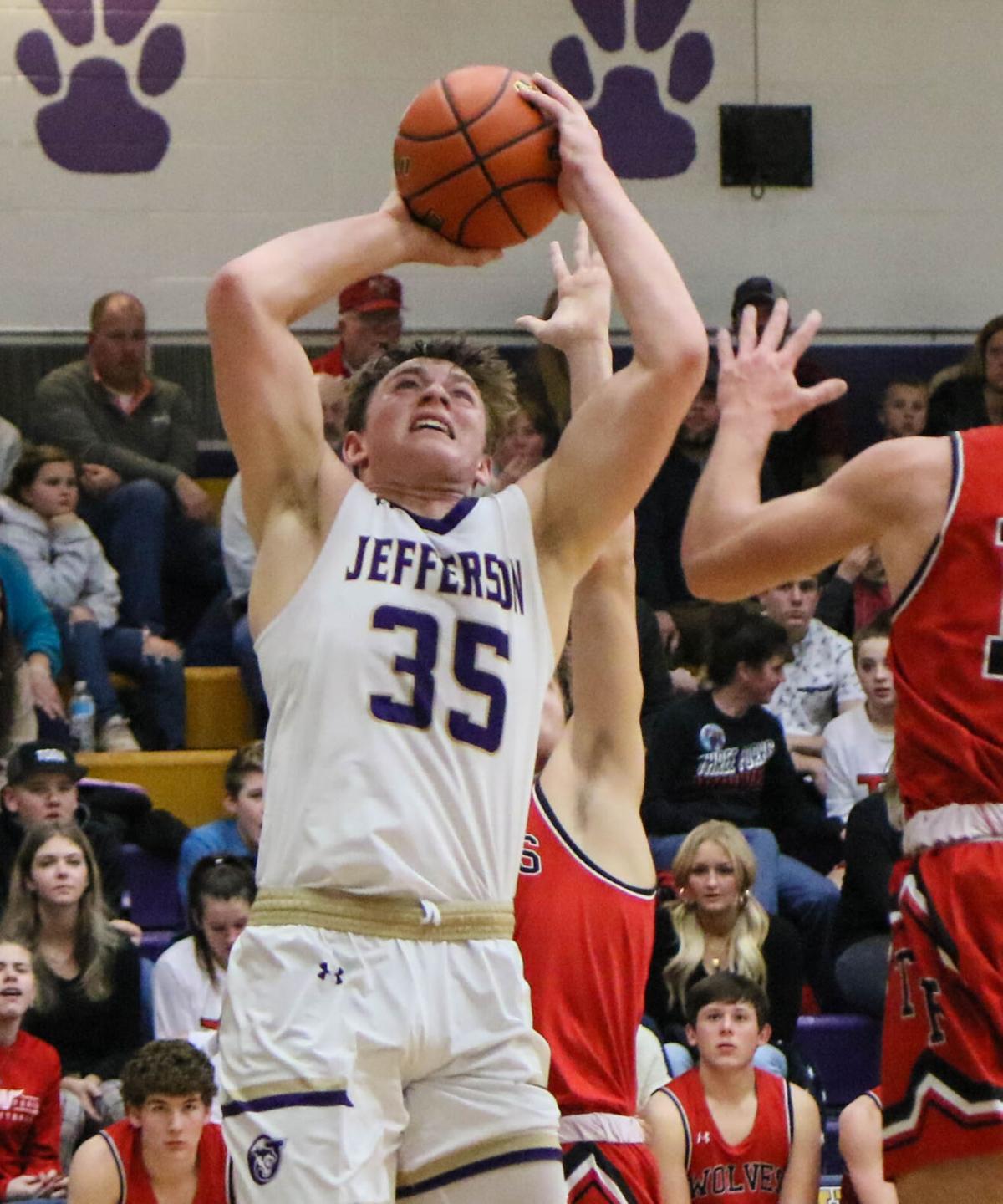 Wade Rykal battles underneath against the Three Forks Wolves on Dec. 21. 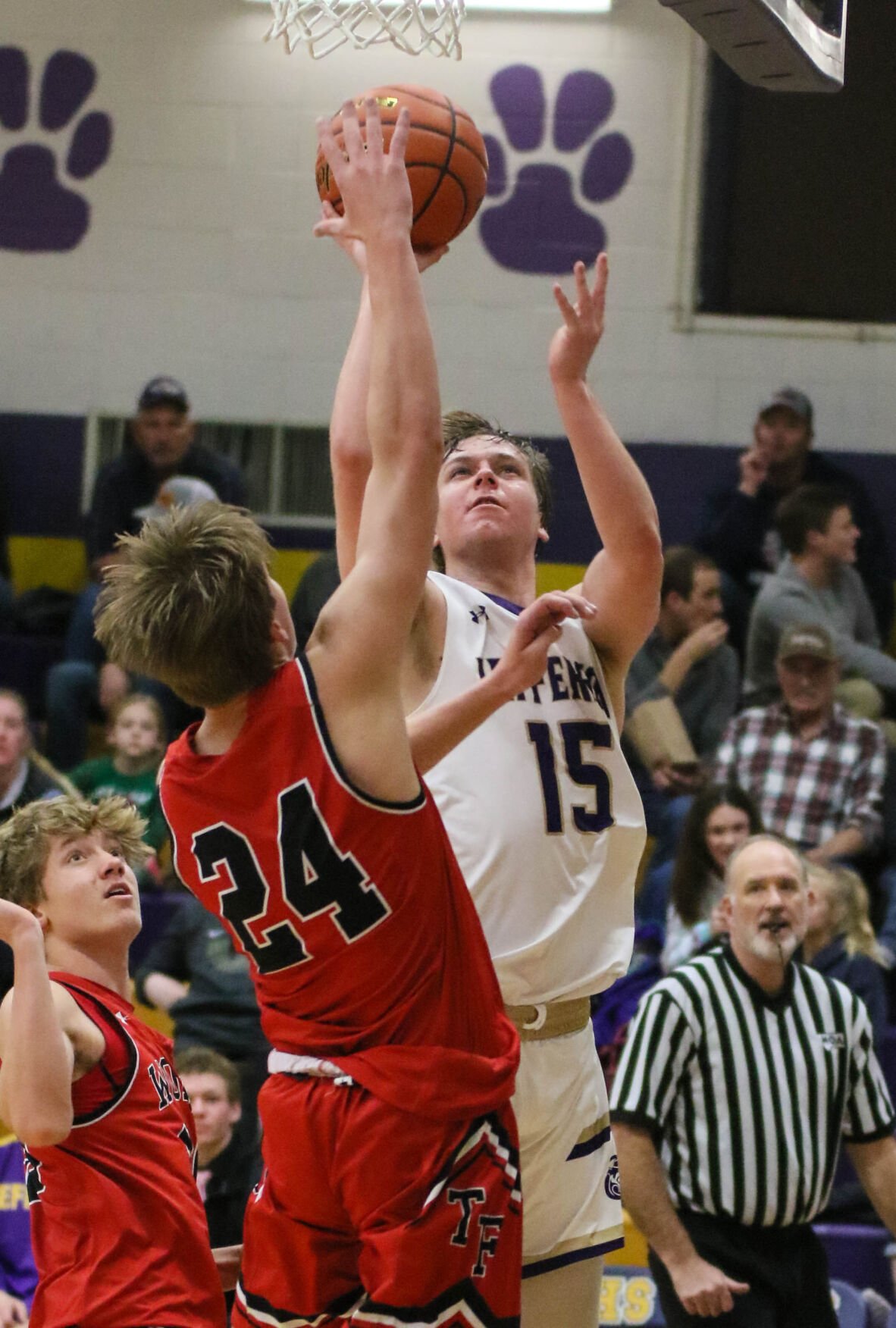 Trent McMaster goes for two against the Three Forks Wolves on Dec. 21. 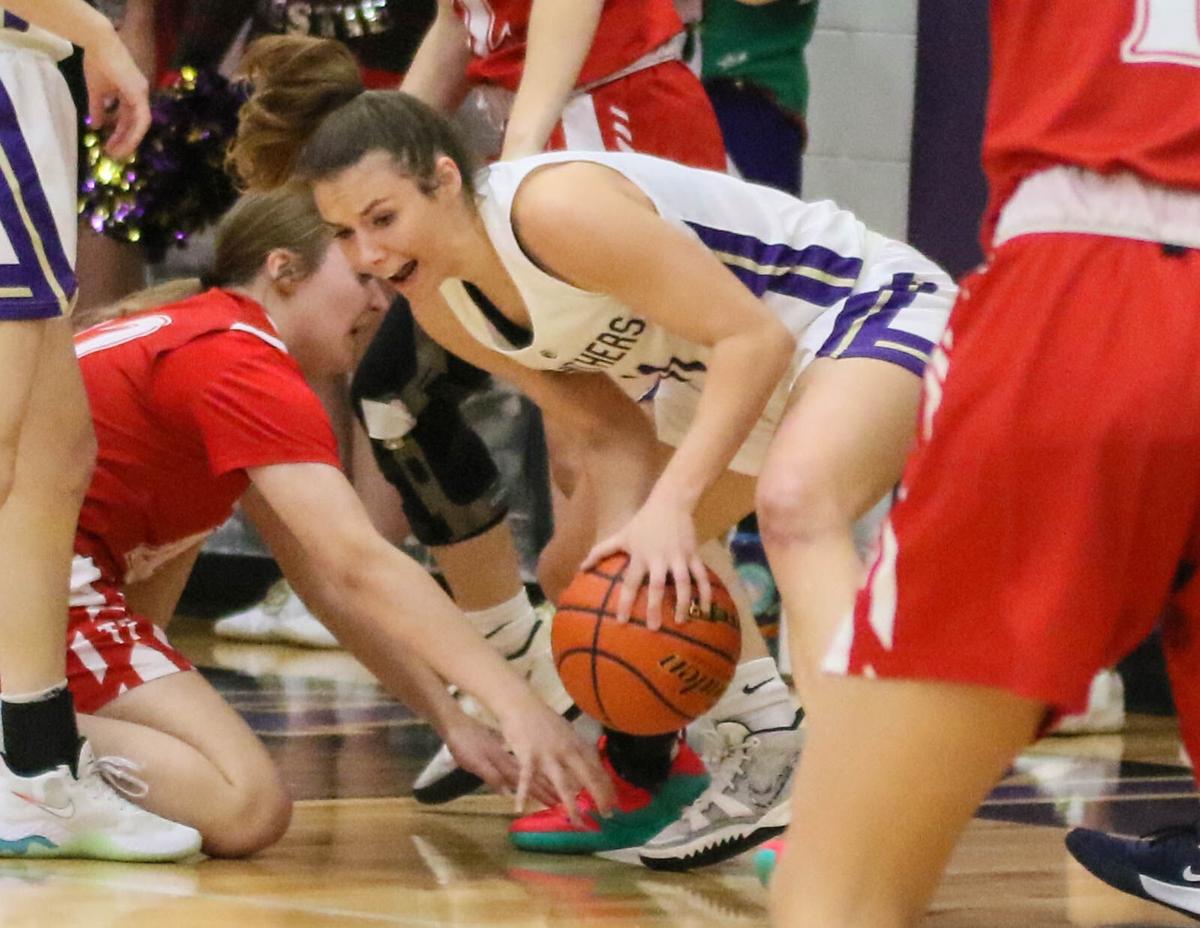 Rachel Van Blaricom battles for a loose ball against the Three Forks Wolves on Dec. 21. 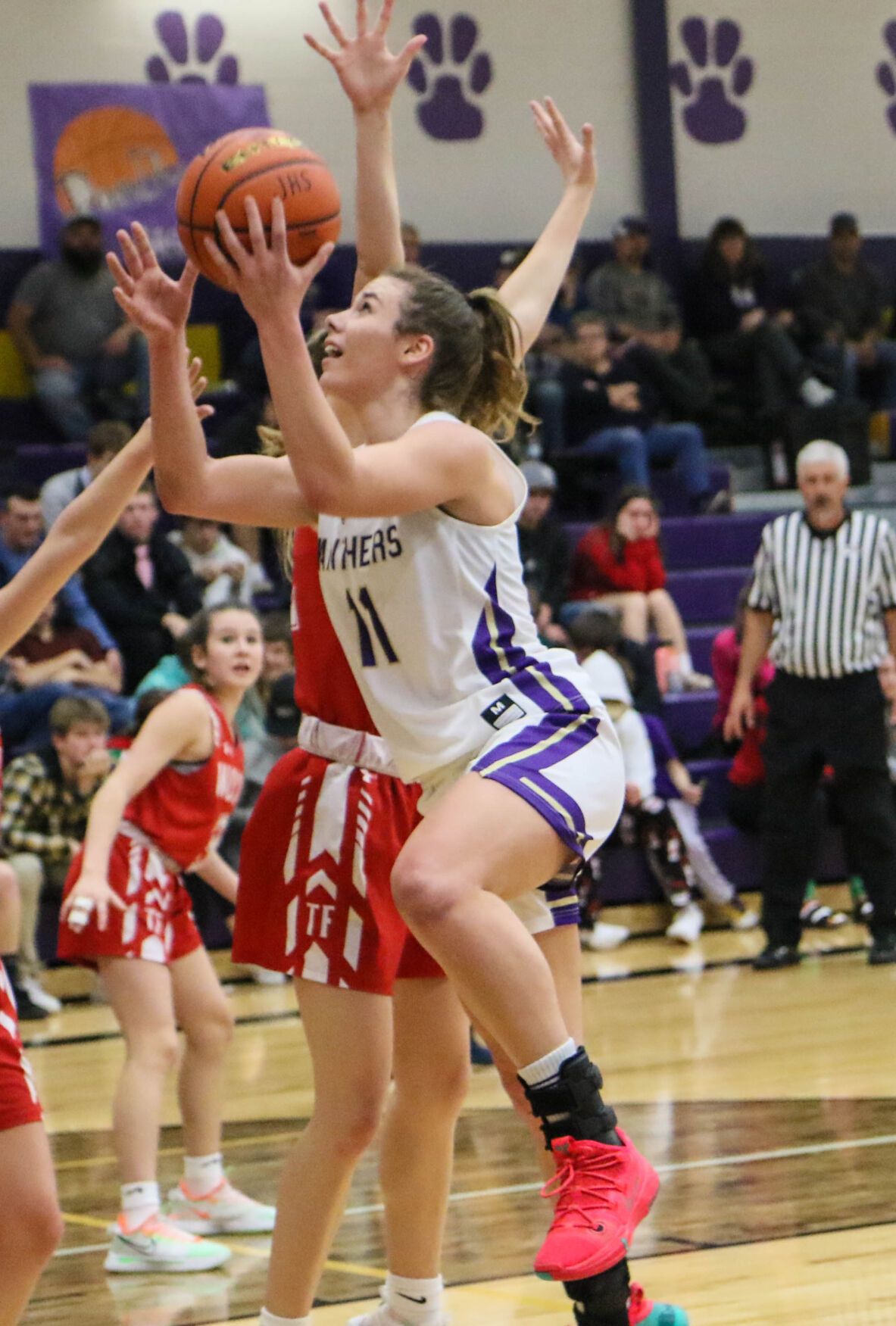 Rachel Van Blaricom goes up for two against the Three Forks Wolves on Dec. 21. 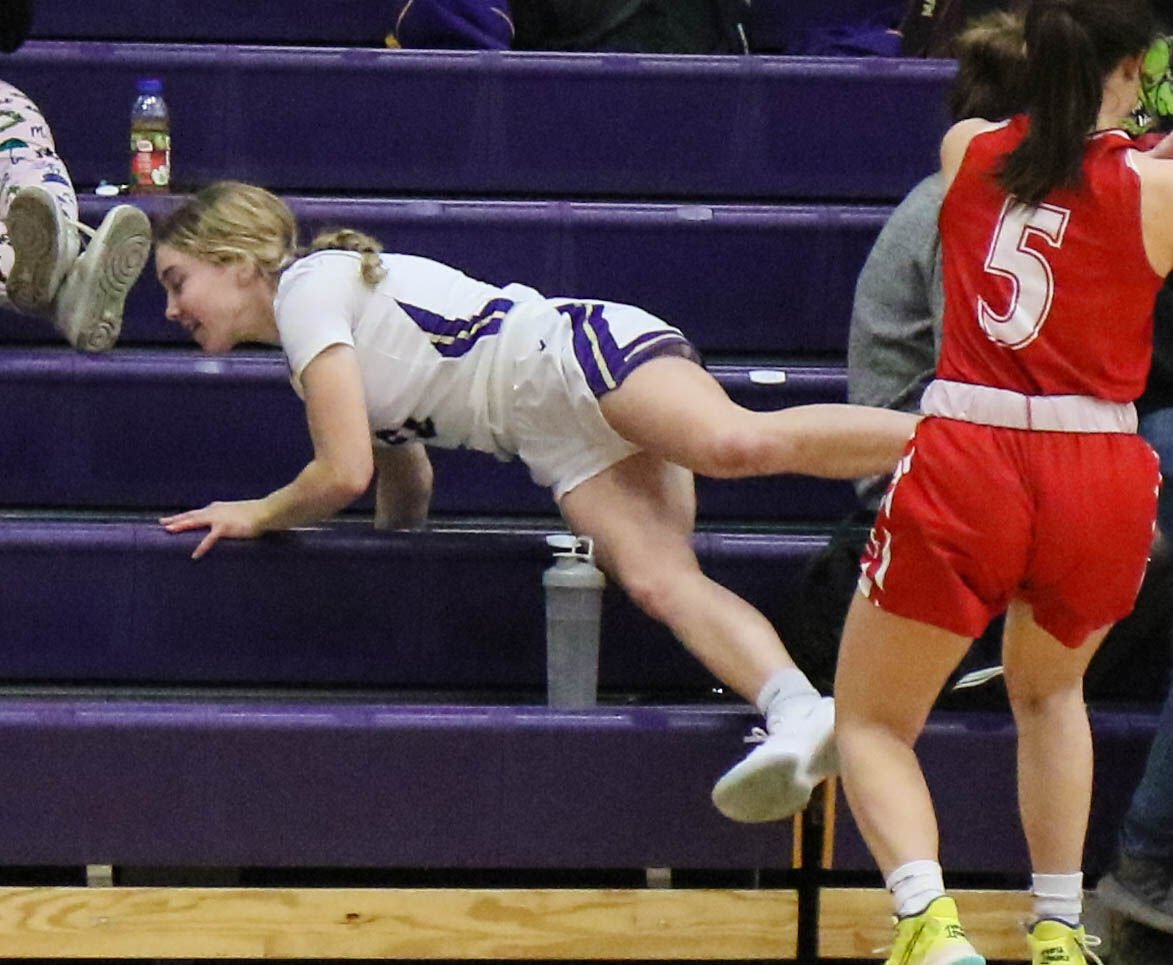 Emma McCauley falls into the bleachers after chasing a loose ball.
1 of 5

Wade Rykal battles underneath against the Three Forks Wolves on Dec. 21.

Trent McMaster goes for two against the Three Forks Wolves on Dec. 21.

Rachel Van Blaricom battles for a loose ball against the Three Forks Wolves on Dec. 21.

Rachel Van Blaricom goes up for two against the Three Forks Wolves on Dec. 21.

Emma McCauley falls into the bleachers after chasing a loose ball.

On Tuesday, Dec. 21, Three Forks visited Boulder. Its boys quickly showed why they’re regarded as one of the stronger teams in the conference: After Jake Genger and Trent McMaster opened the game with buckets, the Wolves reeled off 22 unanswered points. Just like that, it was 22-4 after the first eight minutes.

The second went slightly better for the Panthers: Luke Eckmann started the period with a 2, Wade Rykal added a basket and Tyler Harrington took an assist from McMaster to make it 27-10. But at halftime, the Wolves were up 39-16—and after three, it was 68-32. The Panthers outscored the Wolves 14-6 in the final period, but left the court on the short end of a 74-46 score. Rykal led the team with 14 points, while Harrington added 9.

The Lady Panthers finished off the evening with a solid win. It took them a while to find their groove: The score was 3-2, Wolves, three minutes into the first quarter. But when the shots started dropping, there was little doubt how this game was going to end. Rachel Van Blaricom hit back-to-back baskets, Brynna Wolfe swished back-to-back 3-pointers and MacKenzie Layng hit a 3 at the buzzer to put the Panthers up 15-8.

Van Blaricom started the second with a pair of 2-pointers, Cia Stuber swished a pair of 3-pointers, Van Blaricom added another 3, and at the half, it was 33-17, Panthers. This team has a lot of firepower, but they’re also willing to share the ball, which makes them hard to eat. Five different Panthers scored in the third quarter as they built the lead to 48-26. And in the fourth, Austie May led things off with a basket, Emma McCauley came in and scored 5 points, Arena Faler added 6, and Jessie Harris made a pair of free throws. The only problem for the Panthers was fouling: Three Forks shot 16 free throws in the final period, making 9. Still, the final was 68-41. Van Blaricom led with 17 points, Wolfe added 16 and Stuber 10.

The Panthers traveled to Choteau on Dec. 22, and came home with big wins. The girls jumped out to a quick lead on Stuber’s three pointer, and Van Blaricom was all over the floor, forcing turnovers and turning them into points. May, Layng, Dakota Edmisten, and Izzy Morris all scored as the Panthers took a 20-10 lead at the end of one quarter.

In the second, Cia Stuber put on a shooting clinic, knocking down four 3-pointers as the Panthers widened their lead to 43-18 with unselfish play and great defense. They went up 55-30 after three. And in the fourth, Faler put the Panthers up 63-32, Layng hit a 2 and followed with a 3, and Morris made it 76-37 with a 3-pointer. Stuber’s five 3-pointers and 23 points led the team, while Van Blaricom scored 11 and Layng 10. The Panthers connected for 10 3-pointers in the game.

The boys’ game was a tale of two different halves. The Panthers went up 6-2 on a Rykal basket, then Choteau tied the game at 6 and hit a 3 at the buzzer to go up 11-10 after one. Jefferson was down 18-15 in the second before taking over: Zach Zody hit a 3 to tie the score, McMaster nailed four free throws for a 22-18 lead, and the Bulldogs never caught up. Zody’s three gave the Panthers a 29-20 halftime lead.

The Panthers looked like a new team in the third. Eckmann started a run, and Harrington, Zody, McMaster, Genger and Rykal followed with steals and baskets before Choteau got on the board. Jefferson scored 25 straight before the Bulldogs could answer and Hyrum Park’s free throw made it 60-22 after three. The subs took over, with Mike Emter putting the finishing touches on a 66-33 victory. Rykal and Harrington had 13 points each, Zody 12, and McMaster 10. McMaster also had 10 assists, Genger had 10 rebounds, and Eckmann made six of six at the free-throw line.

Both teams enjoyed a couple of weeks off before starting up again this week. The Panthers host Twin Bridges on Thursday, Jan. 6: JV boys start at 4 p.m., Varsity girls at 5:30 p.m. and Varsity boys at 7 p.m. The teams will travel to Big Timber on Saturday, Jan. 8, with JV boys kicking things off at 1 p.m. These will be great games, if you can make the trip.