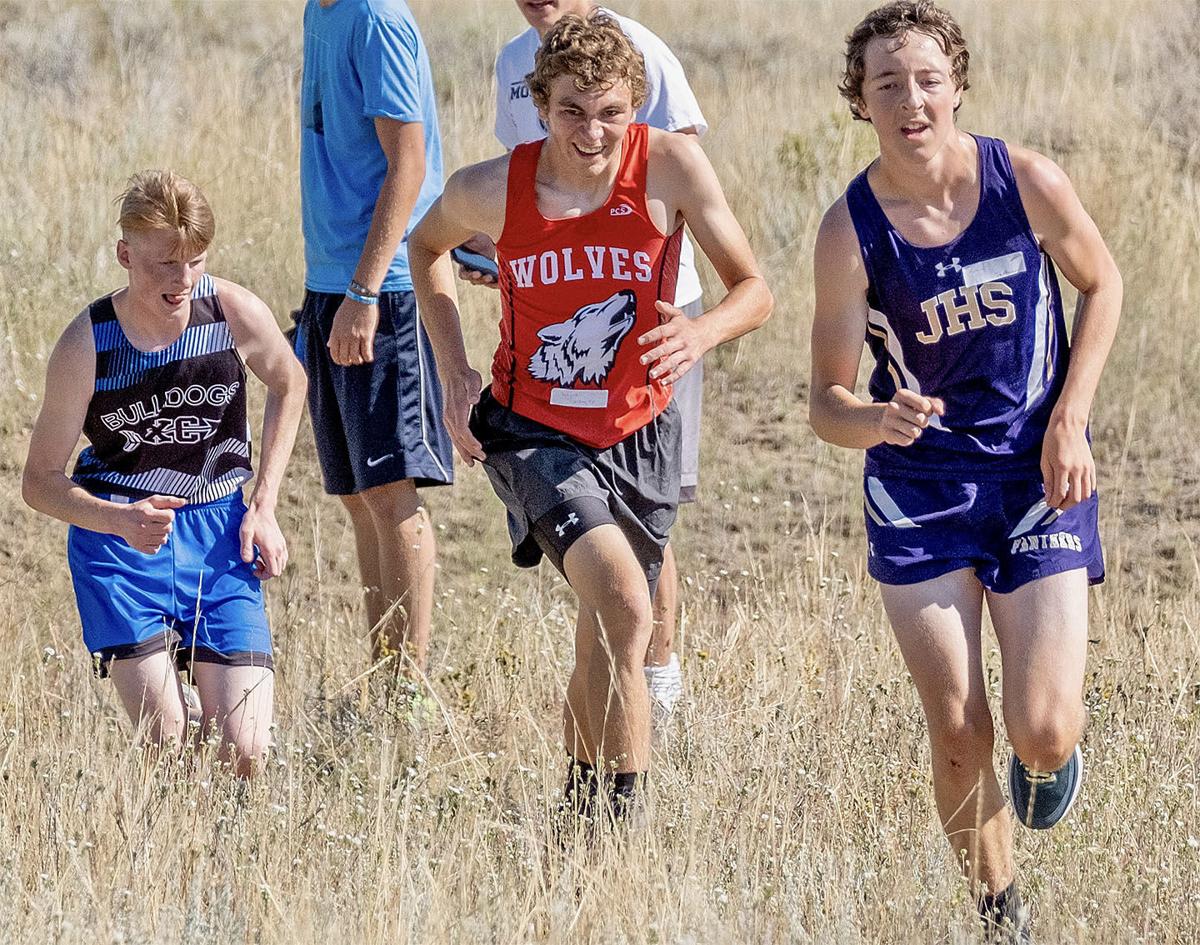 The Jefferson High School cross-country course is unique in that it starts at Veterans Park in Boulder, goes up Main Street to near the Town Pump, wraps around the hill where the city water tank sits, goes by the cemetery and finishes back at Veterans Park.

The Jefferson High School cross-country course is unique in that it starts at Veterans Park in Boulder, goes up Main Street to near the Town Pump, wraps around the hill where the city water tank sits, goes by the cemetery and finishes back at Veterans Park.

In which sport has Jefferson High won the most state titles? That would be cross country, for which the Panthers have notched 10 boys’ championships and nine girls’ crowns.

Boys’ high school cross country in Montana goes back to 1964, while the girls’ competition was approved by the Montana High School Association in 1971. It’s one of the few sports that started out in life with the modern configuration of four classifications, with the Panthers in Class B.

In the early years, teams ran a two-mile course. That was then increased to 2.5 miles, and now both boys and girls run a three-mile course. Most races are held on golf courses — but in Boulder, athletes run a unique course that starts at Veterans Park, goes up Main Street to near the Town Pump, wraps around the hill where the city water tank sits, then goes by the cemetery and finishes back at Veterans Park. The course has been altered over the years to adjust for the distance changes but for the most part has stayed thes same.

The boys’ “Hoofers” have won the third most state championships in the state; only Browning, with 22, and Kalispell Flathead, with 11, have won more. The Panthers won six straight titles from 1987-1992 under Coach Sam Samson; a feat bested by only Browning, with 11 straight, and Bozeman.

In cross country races, the top five finishers from each school earn points corresponding with their finish place; team scores are calculated by adding all five of these scores together. The team with the lowest score wins — and a “perfect score” is 15, with a team’s top five runners taking the first five finish places.

Jefferson’s Bryant Samson is one of just four Montana boys ever to win three state titles, from 1977 to 1979. Samson had his number retired at JHS in recognition of his 11 total State Championships in both cross country and track. In 1977 and 1978, he was champion for Class B cross country as well as the 880, one-mile, and two-mile races. In 1979, he noticed wins for cross country, the 880, and the mile.

Bryan’s dad was Sam Samson, who coached the “Hoofers” for many years, and whose 10 titles – including those six straight – is third all-time.  Coach Samson is in the Montana Coaches Hall of Fame as well as a National Coach of the Year.

Samson also coached the Lady Hoofers to six of their nine state titles. Only four schools have won more: Glasgow with 16, Kalispell Flathead with 15, Lewiston with 10, and Bozeman with nine. Dave Ternes took over from Samson, and his teams won titles in 1996, 1999 and 2000.

Amy Norden was an outstanding distance runner at JHS who went on to run for the Montana State Bobcats. And Sabrina Monroe holds the eighth fastest time in class B, 18:06 in 1997; and also the 17th fastest time, 18:32 in 1996.