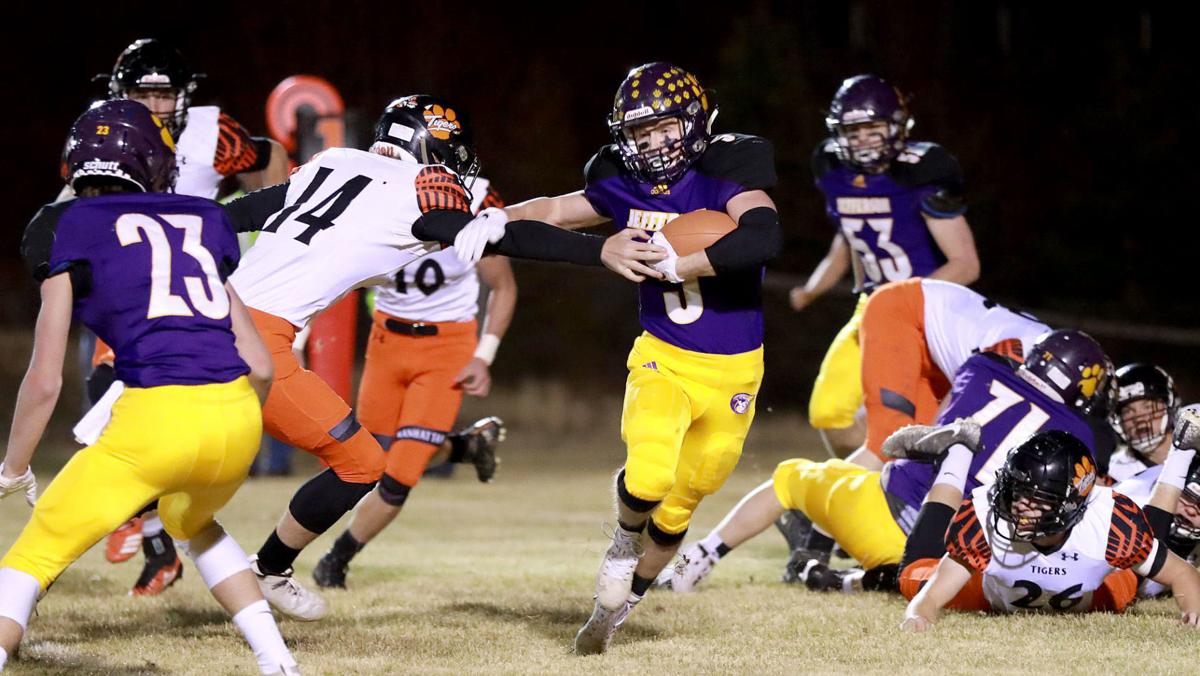 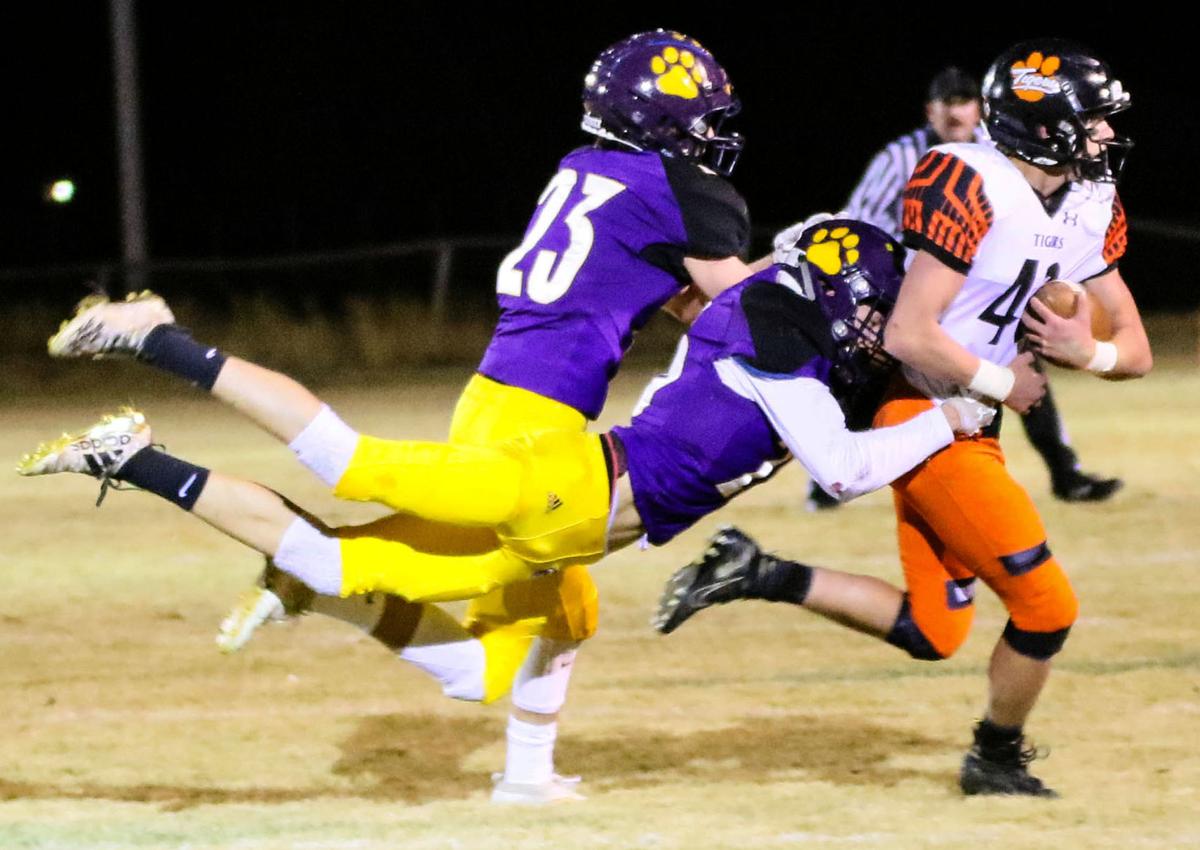 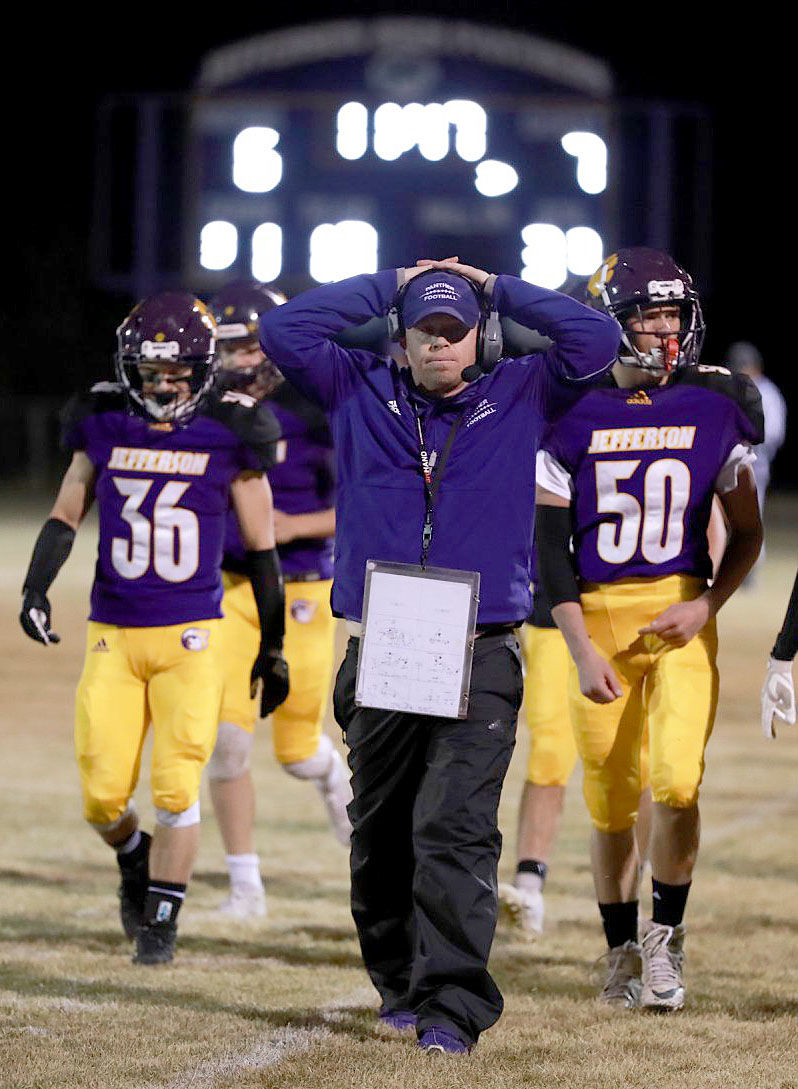 Coach Clint Layng during the Panthers' loss to Manhattan. 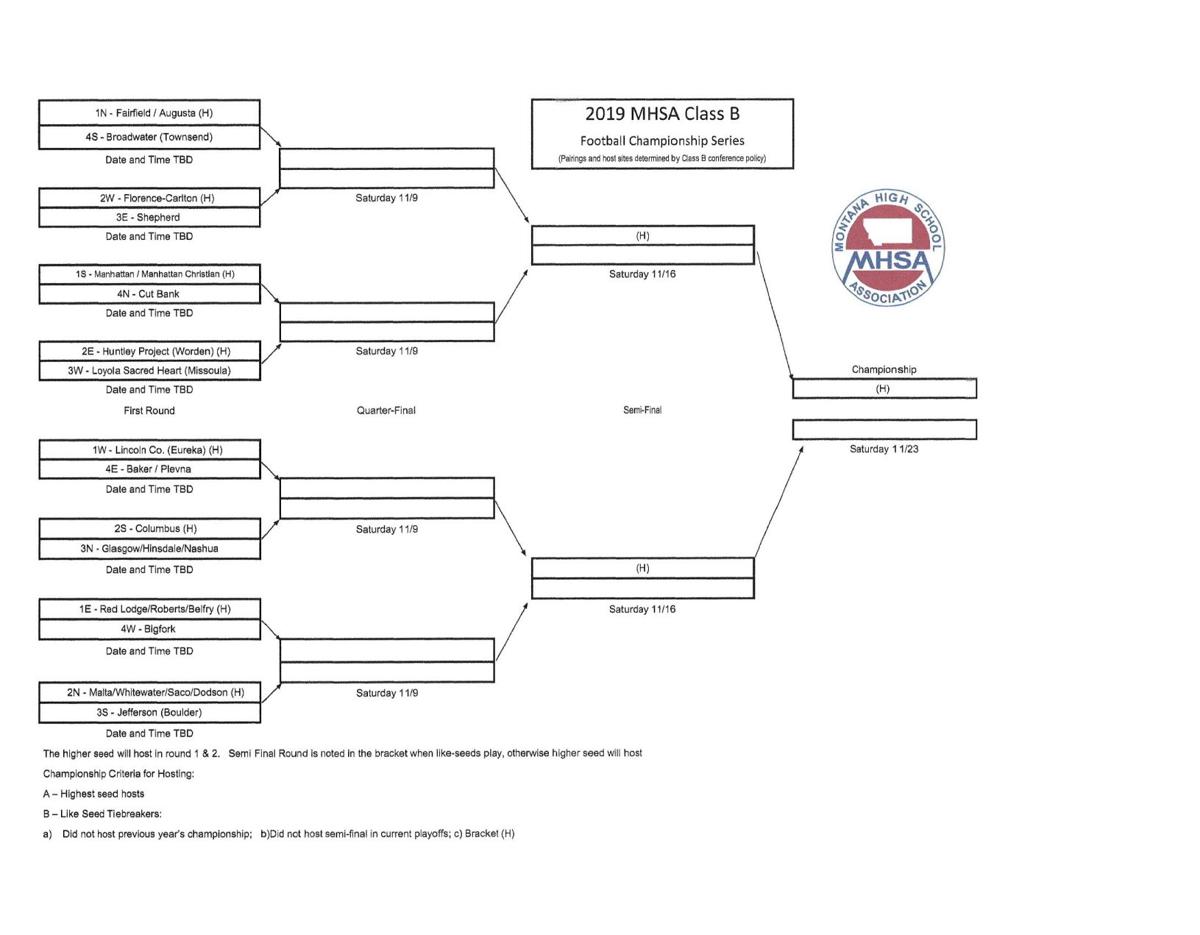 The bracket for the Montana Class B Football Championship Series, which kicks off this Saturday, Nov. 2. Jefferson High School, the third seed in the South, will play at Malta/Whitewater/Saco, the #2 seed in the North.

Coach Clint Layng during the Panthers' loss to Manhattan.

The bracket for the Montana Class B Football Championship Series, which kicks off this Saturday, Nov. 2. Jefferson High School, the third seed in the South, will play at Malta/Whitewater/Saco, the #2 seed in the North.

This was going to be good: A Friday night match-up of two of the top defenses in the state, Jefferson High and league-leading Manhattan, with both sides yielding less than 10 points per game.

And Senior Night in Boulder, to boot.

It proved a taut game, all right, for most of three quarters. But the final period was a different story, and Jefferson High ended up on the wrong side of a 27-6 final score.

For most of the half, the action was all defense, with both teams struggling to get into the end zone. Finally, a short Jefferson punt gave the Tigers good field position, and they took advantage. After several Panther stops, Manhattan completed a pass into the end zone with under 30 seconds left in the half. The PAT kick was good, and the score at the horn was 7-0.

The Panthers received the kick-off to start the second half – and Jaxson Yanzick went almost untouched the length of the field for a touchdown. The PAT failed, leaving Jefferson down by one. That would be Yanzick’s last chance for kick-off glory in this game; the Tigers made sure to kick the ball short and out of Yanzick’s reach from then on.

Meantime, Manhatten used a couple of trick plays to get into the end zone. The first was a double pass that caught the Panthers off guard; Avery Stiles managed to track down the receiver at the one-yard line, but a few plays later it was 6-14 with 1:42 left in the third. A reverse in the fourth set the Tigers up for another score, and that was it: 27-6, final.

The loss left the Panthers in third place in District 5B. Meanwhile, Columbus beat Townsend, 21-6 – putting Jefferson, Columbus and Broadwater in a three way tie for second behind Manhattan. The tie breaker system gave the edge to Columbus, with Jefferson third and Broadwater fourth.

In the first round of the playoffs this Saturday, Manhattan will host Cut Bank, Columbus hosts Glasgow, Jefferson travels to Malta and Broadwater travels to Fairfield. In other first round games Shepherd travels to Florence, Missoula Loyola travels to Huntley Project, Baker make the 600 plus mile trip to Eureka, and Big Fork travels to Red Lodge.