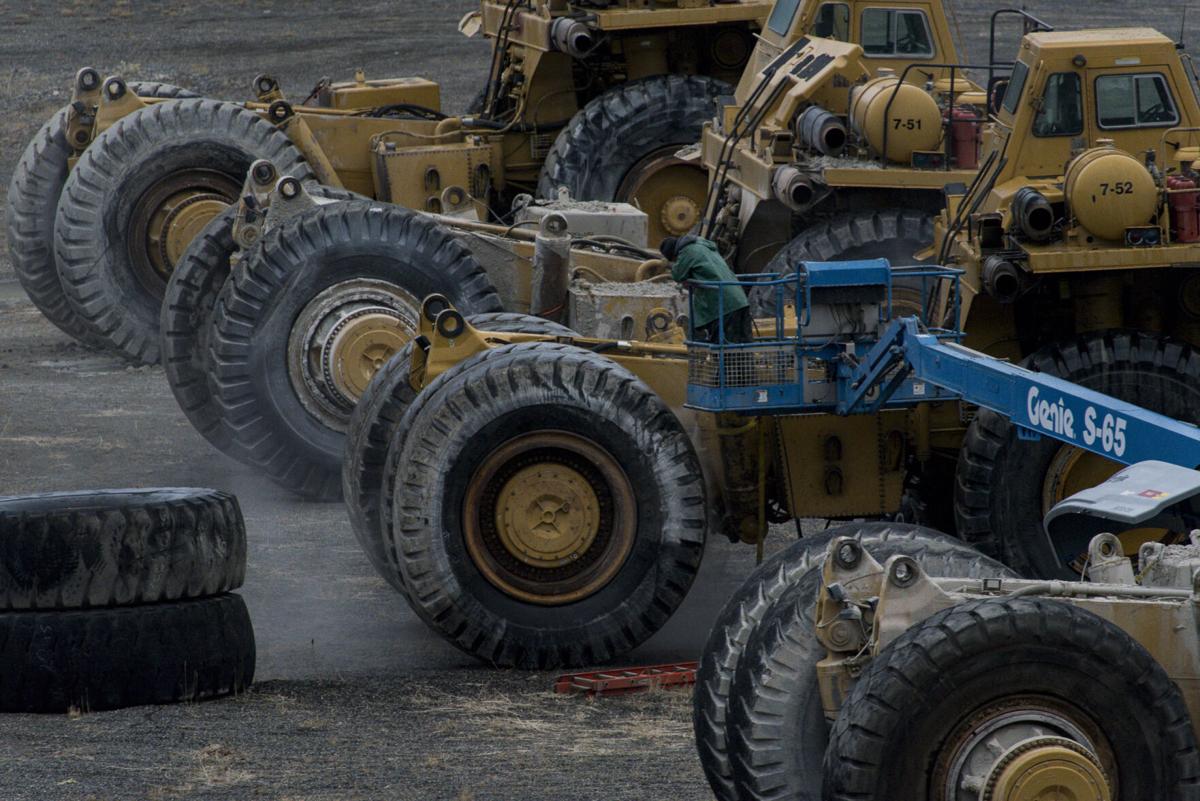 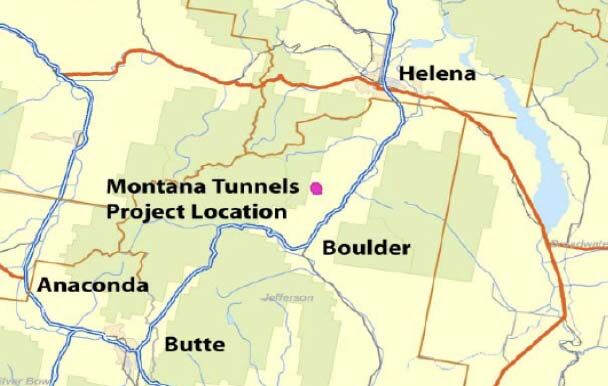 The Montana Department of Environmental Quality says it will not seek ownership of the defunct Montana Tunnels mine, which Jefferson County recently moved to acquire through a tax deed on more than a decade of unpaid property taxes, and which county officials worried could be subject to competing ownership claims from the county and the DEQ.

DEQ Public Information Specialist Kevin Stone said in a phone interview on Tuesday that the agency is "working closely with the county" and doesn't see DEQ ownership of the mine as a viable path.

"We’re interested in finding a path that is the path that meets the needs of everyone," Stone said. "A key part of that is we are not seeking ownership of the mine."

The County Commission on Nov. 2 unanimously approved a resolution authorizing Treasurer Terri Kunz to sign a tax deed for multiple parcels of Montana Tunnels property near Corbin, west of Jefferson City, that constitute much of the mine, which produced gold, silver, zinc and lead, but hasn’t operated since 2008 and owes the county about $9 million in a variety of unpaid taxes, including about $4.9 million in delinquent property taxes on the parcels in question. Although the commission authorized Kunz on Nov. 2 to sign the tax deed, commissioners directed her to wait until Dec. 2 to see if mine owner Patrick Imeson would pay the millions he owes the county. If he doesn’t pay a total of about $4.9 million in delinquent property taxes by Dec. 2, Kunz said, she will sign the tax deed, which transfers ownership of the parcels to the county.

According to a July 8 DEQ press release, the department issued a violation letter to Imeson for failing to post an adequate reclamation bond with the state, and the agency notified him that it could take "corrective action." The agency had already suspended the mine's permit in 2018.

Corrective action, according to the release, "may include reclamation, posting of the full bond by Montana Tunnels, or transfer of the permit to a fully bonded operator." If no action is taken, the release stated, the department will "assess all the facts surrounding the violation" before deciding its next step. The department could take up to five years to find another entity to post the full reclamation bond and take over the mine, or it could reclaim the site with the portion of the bond that has been posted, the release stated.

As of Tuesday, Imeson had not posted the bond.

At the Nov. 2 County Commission meeting, County Attorney Steve Haddon told commissioners he worried that the DEQ could seek ownership of the mine itself, and he warned that a potential ownership dispute between the county and the DEQ would need to be settled in court and “that’s going to bog the whole works down.”

Following a Nov. 10 story in The Monitor that reported the county's concerns, Stone, the DEQ spokesman, emailed The Monitor a statement from the agency saying that "DEQ is not seeking ownership of the mine. DEQ’s focus is on the permit for the mine and ensuring there is adequate bond and proper reclamation at the site."

Haddon told The Monitor in a phone interview on Monday that, "Given what DEQ has said to [The Monitor], I'm a little apprehensive to make a comment on this just because this thing could end up in litigation—that's a possibility. I don't know what DEQ's position is at the moment, but they've got liens with those [reclamation] bonds, and ... the question is whether they're going to claim their lien as priority over the county's tax [liens]. And the county's position is that we have priority."

Stone said in a phone interview on Tuesday that the liens the agency has against property through the reclamation bond are on as many as 90 parcels of land across three Montana counties, but that none of them are part of the "mine disturbance area." He said the properties were put toward the bond in lieu of cash.

If the agency decides to reclaim the mine, Stone said, "We would not need to own the mine in order to reclaim it. We would want to clean it up, if no one else is going to, but we wouldn’t need to own it to do that."

But Stone said the agency's current priority is working with Jefferson County to see "the property ownership and the permit reunited" under a fully bonded operator.

County Commission Chairman Leonard Wortman told The Monitor in July that “if we had the property, we think we could sell it,” explaining that the county hopes to find a buyer that will reopen the mine and bring jobs to the area, as well as county revenue from taxes on mine property and production.

He said on Nov. 2 that the mine would be among the top-10 taxpayers in the county—if it actually paid its taxes.

"We would not be placing barriers to the county’s plan," Stone said. "If someone wants to mine it, that’s fine, and then our concern would be making sure there is an adequate bond."

Correction: The original story indicated that the Montana Department of Environmental Quality could seek ownership of the Montana Tunnels mine…