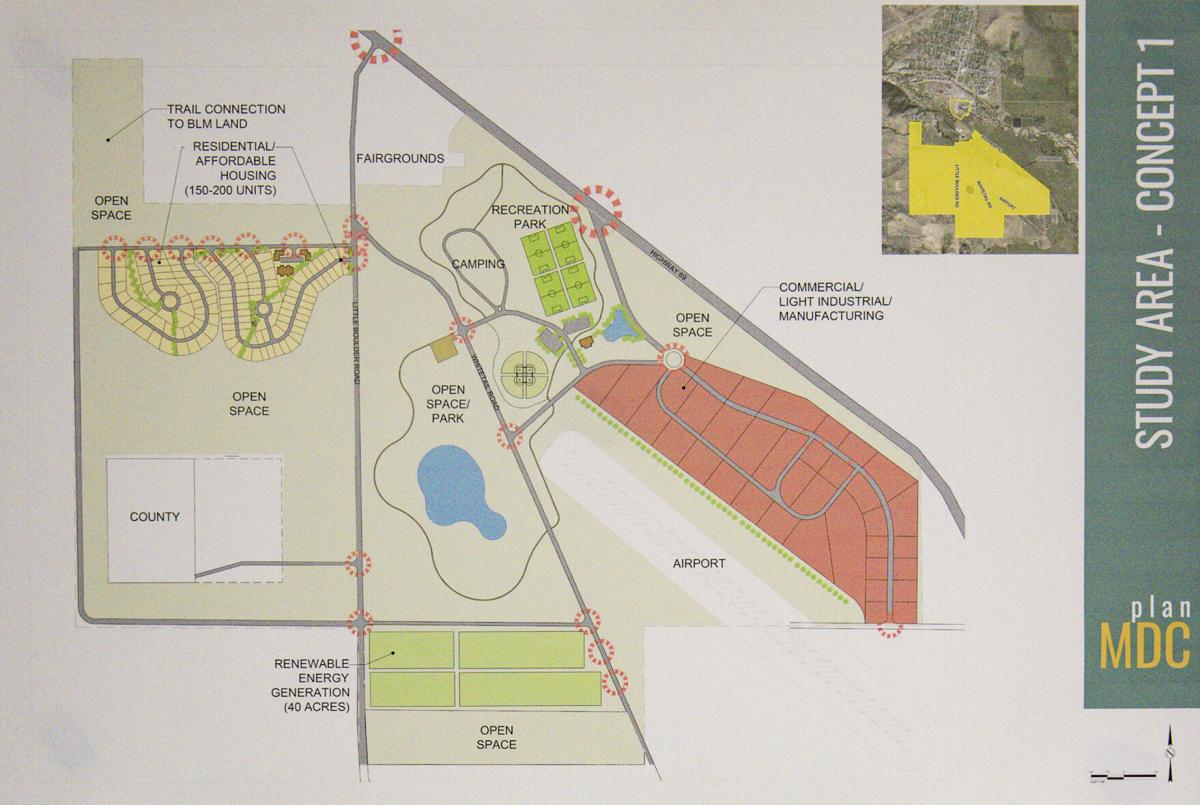 A poster displays "Concept 1" of possible development of land around the Jefferson County fairground south of Boulder. 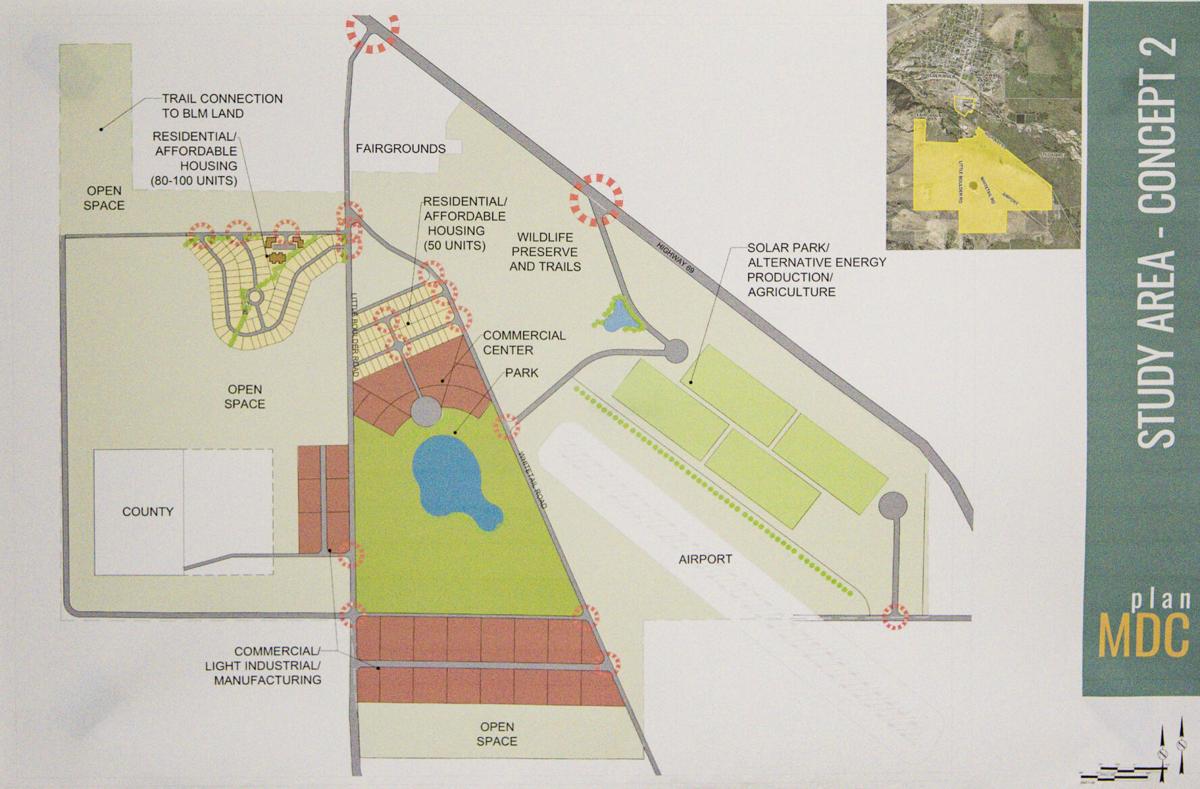 A poster displays "Concept 2" of possible development of land around the Jefferson County fairground south of Boulder.

A poster displays "Concept 1" of possible development of land around the Jefferson County fairground south of Boulder.

A poster displays "Concept 2" of possible development of land around the Jefferson County fairground south of Boulder.

What could the South Campus of the former Montana Developmental Center and the lands south of the fairground look like in the years and decades to come? County leaders aren't yet sure, but they're coming up with ideas and taking public comments in an attempt to figure it out.

As part of a development plan funded by the Jefferson Local Development Corporation, Headwaters Resource Conservation and Development, and the state Department of Environmental Quality, Jessica Holdren, a project manager with FourFront Design, pitched rough concepts for possible development of the sites at a community open house on Sept. 28. The concepts, she said, were developed with community input gathered during an open house on June 30 and a subsequent online survey that ended July 14. Two more open houses are in the works as part of a planning phase expected to stretch through February 2022, she said in June. The next open house is slated for sometime in November.

In developing the concepts—four for the South Campus, two for the lands around the fairground—Holdren "[took] the goals and ideas as much as we could" from the June open house and survey.

The schematics of what the areas could look like, she stressed, were simply conceptual ideas, not concrete plans.

"Just ideas, seeing how they land," she said. "Really putting a bunch of ideas out there to see what people like and what they don't like."

What people overwhelmingly liked, according to the June meeting, was open space and recreation, she said, and attendees and survey respondents favored development that offered businesses that are distinct from what's already found in Boulder.

Affordable housing was also a common theme at the June meeting, she said, adding that housing is a critical component of any development that offers commercial or industrial space that would attract workers.

"The question always comes up, where do those people live and what support services do they need?" she said.

But the few attendees at the Sept. 28 meeting were less keen on housing, she said, and more concerned with how much development of any kind the area south of the county fairground—technically named the Jefferson County Recreation Park—could actually handle.

"We heard a lot about water and infrastructure if we do housing," Holdren said.

Residents near any proposed development, in this case those living on or near Whitetail or Little Boulder roads, are typically concerned about possible development of the lands near their own, she said, adding that that "the best thing that those people can do is show up to a meeting and tell us about it."

Around the fairground, the majority of the land that the organizations are eyeing is currently owned by the state Department of Corrections and lies south of the fairground and state Highway 69, north and east of the county landfill, and west and north of the airport. Whitetail Road and Little Boulder Road run through the parcels. The state would need to transfer the land, likely to the county, for development to occur.

The various concepts for the South Campus alternatively incorporated combinations of rehabbing or demolishing buildings five and nine, using existing or reconfigured road entries into the campus, developing the campus riverfront or leaving it unchanged, and targeting the medical industry or a wider variety of businesses for the campus.

The two concepts for the land south of the fairground both featured a mixture of residential or affordable housing area, light industrial and commercial area, renewable energy, and open space, as well as connectivity to possible future Bureau of Land Management trails nearby.

According to a website created for the planning phase—www.planMDC.com—schematics of the concepts presented at the Sept. 28 open house should appear on the site this week. The site also includes a form for submitting comments, as well as results of the survey from the first open house.

Because the concepts, Holdren stressed, can always change.

"These are ideas still, and nothing's set in stone. This is the conceptual planning phase and part of the process is to propose things and get feedback on that."