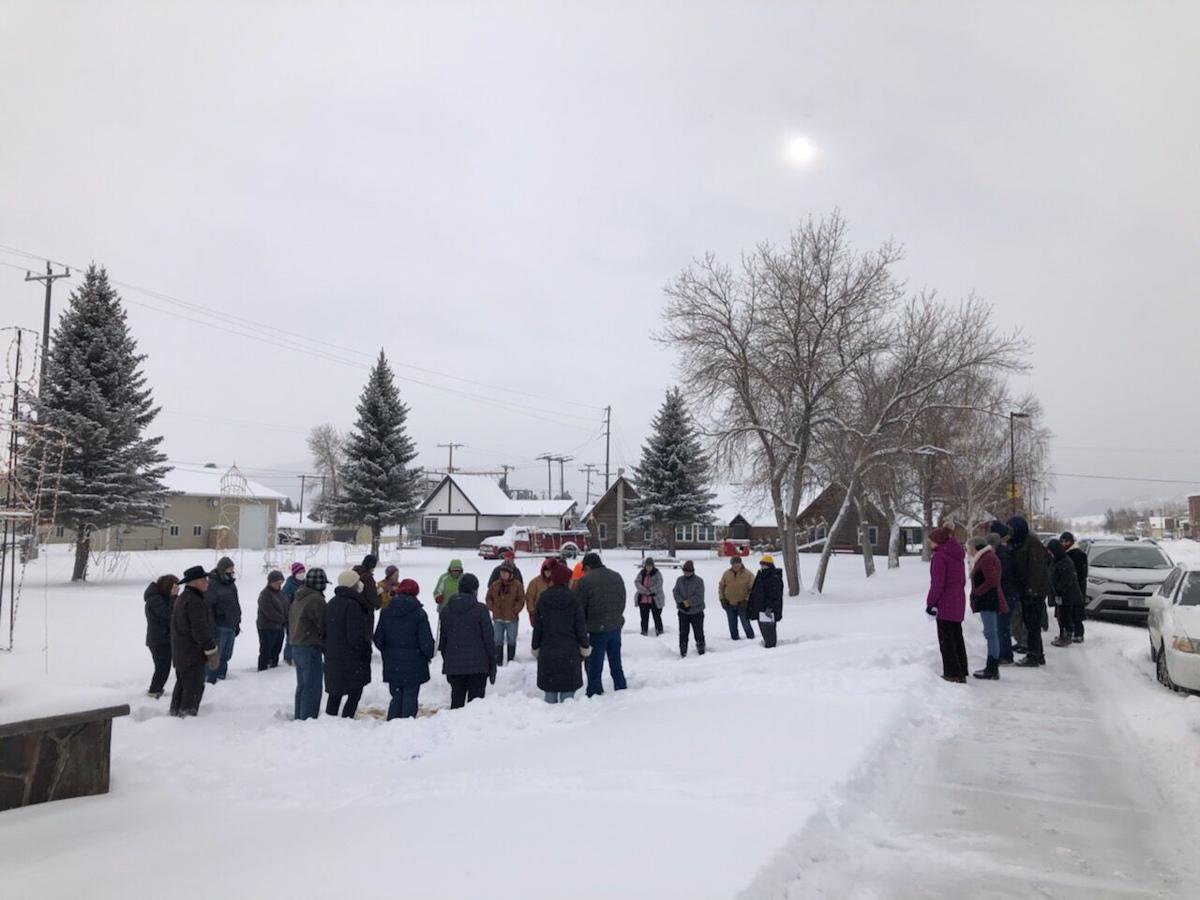 Attendees at a Vigil for Peace and Civility gather in Boulder’s Veterans Park on Jan. 6, 2022—exactly one year after supporters of then President Donald J. Trump stormed the U.S. Capitol in a violent insurrection that resulted in multiple deaths. The vigil was silent and nonpartisan. 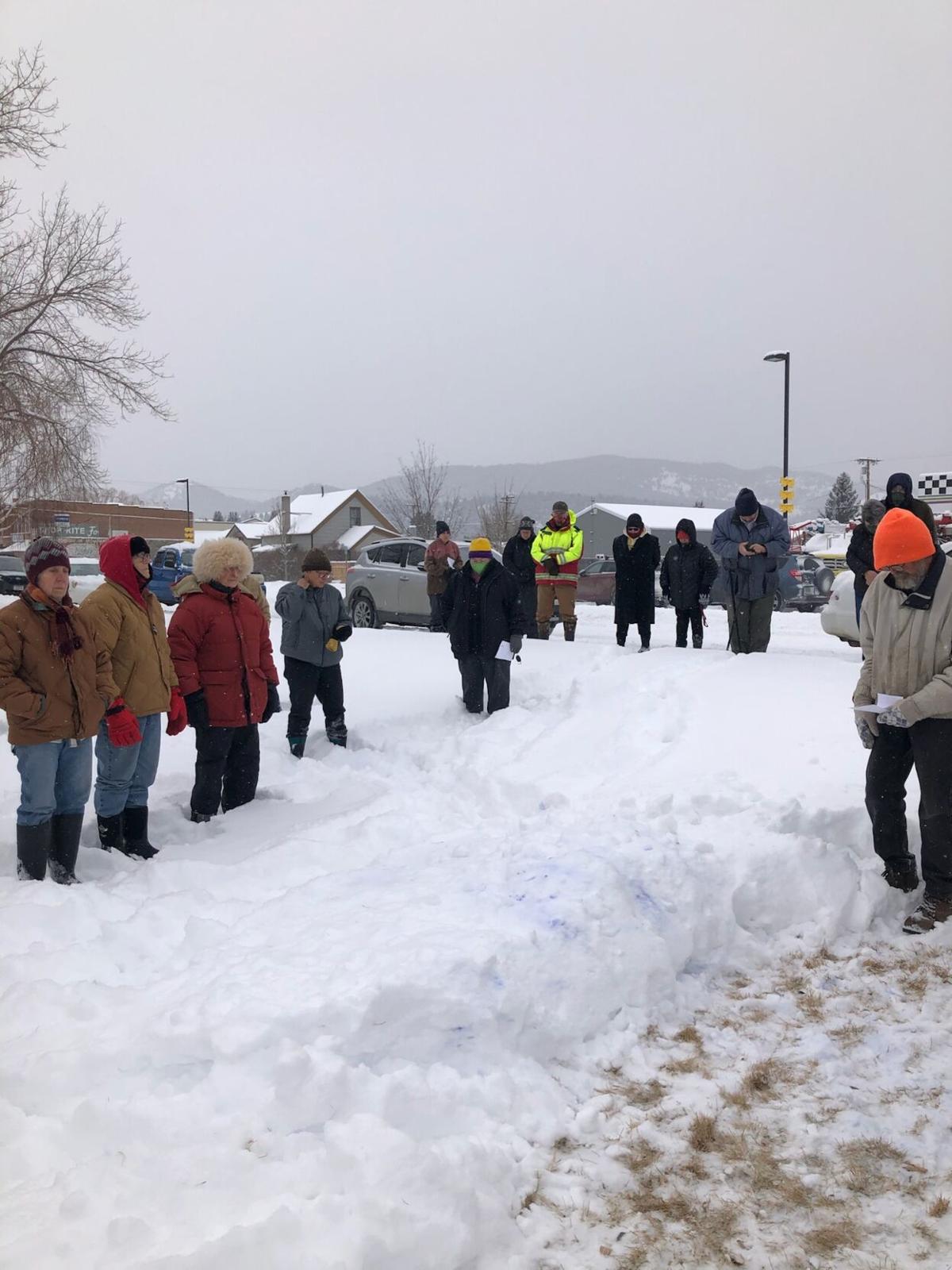 Attendees at a Vigil for Peace and Civility gather in Boulder’s Veterans Park on Jan. 6, 2022.

Attendees at a Vigil for Peace and Civility gather in Boulder’s Veterans Park on Jan. 6, 2022—exactly one year after supporters of then President Donald J. Trump stormed the U.S. Capitol in a violent insurrection that resulted in multiple deaths. The vigil was silent and nonpartisan.

Attendees at a Vigil for Peace and Civility gather in Boulder’s Veterans Park on Jan. 6, 2022.

One year after thousands of supporters of then President Donald J. Trump launched a violent and deadly insurrection against Congress at the U.S. Capitol with the goal of overturning the result of the 2020 presidential election, a much smaller crowd gathered in Boulder's Veterans Park for a markedly different assembly: a 15-minute test of whether neighbors and fellow Americans could cast aside partisan rancor and come together, however briefly.

The gathering, deemed by organizers a "Silent Vigil for Peace and Civility," was decidedly nonpartisan and intentionally lacked speeches, signs, chants and flags. Nearly 40 people braved snow, slick roads and single-digit temperatures to assemble in the park at 12:30 p.m. and stand in silence for 15 minutes before dispersing. The vigil was visibly free from the politics, false claims of a stolen election, and deadly rage that defined the events that unfolded at the Capitol one year prior—in fact, the event was held specifically to serve as a direct antithesis to that day.

The vigil's organizers—Jan Anderson, Bryher Herak, Brud Smith, Terry Minow, Dee Anna and Jim Heikes—stated in a letter published in the Dec. 22 issue of The Monitor that "Jan. 6, 2020, was truly a sad day for our nation. This year we hope to convey the message that our community supports a different approach to addressing the issues that face our community, state and nation."

Instead of speeches, the letter stated, "we invite everyone to spend the vigil silently contemplating the importance of peace and civility to the future of our community, state and nation."

In an interview for a Jan. 5 publisher's note in The Monitor that encouraged residents to cast aside politics and attend the vigil in the name of civility, Anderson—herself a former editor and publisher of The Monitor—said that "This is a great community, and as a whole we have done a pretty good job over the years of listening to each other. But I think we have to make a concerted effort to talk to each other to make sure we keep the community we want. If every community would just stop a minute and listen, and think a minute before speaking out, we’d be better off—in Jefferson County, in Montana, in the nation."

Stop and listen it did. Smith, one of the organizers, told the Helena Independent Record at the vigil that "We have to pull together and solve some problems and listen to each other." Basin resident Joy Lewis told the Independent Record that during the vigil she "prayed for civility, I prayed for healing and I prayed for my country—so that we can come together again, we have been so divided."

Attendees were also asked to write letters to the editor to share their reflections from the vigil.

In one such letter (page 4), Boulder resident Rosemary Perna wrote that although she "agreed with many of the people who stormed the Capitol that the 2020 election was mishandled," she also believed that the rioters' actions that day were "unacceptable."

"Therefore," she wrote, "I decided to stand with the Boulder community on the anniversary to protest violence and destruction."

On social media, however, some Boulder and other Jefferson County residents dismissed the vigil as a partisan stunt that glazed over other political violence and failed to recognize the Jan. 6 rioters as victims. In response to a Facebook post that shared the Jan. 5 publisher's note, Boulder resident Cheryl Haasakker asked "where's the moment of silence" for violence carried out by left-wing activists in Portland in the summer of 2020. She wrote that Ashli Babbitt, a rioter and veteran who was shot and killed by a Capitol Police officer after failing to comply with the officer's orders while breaching the building, "is the only reason to have a moment of silence for that day."