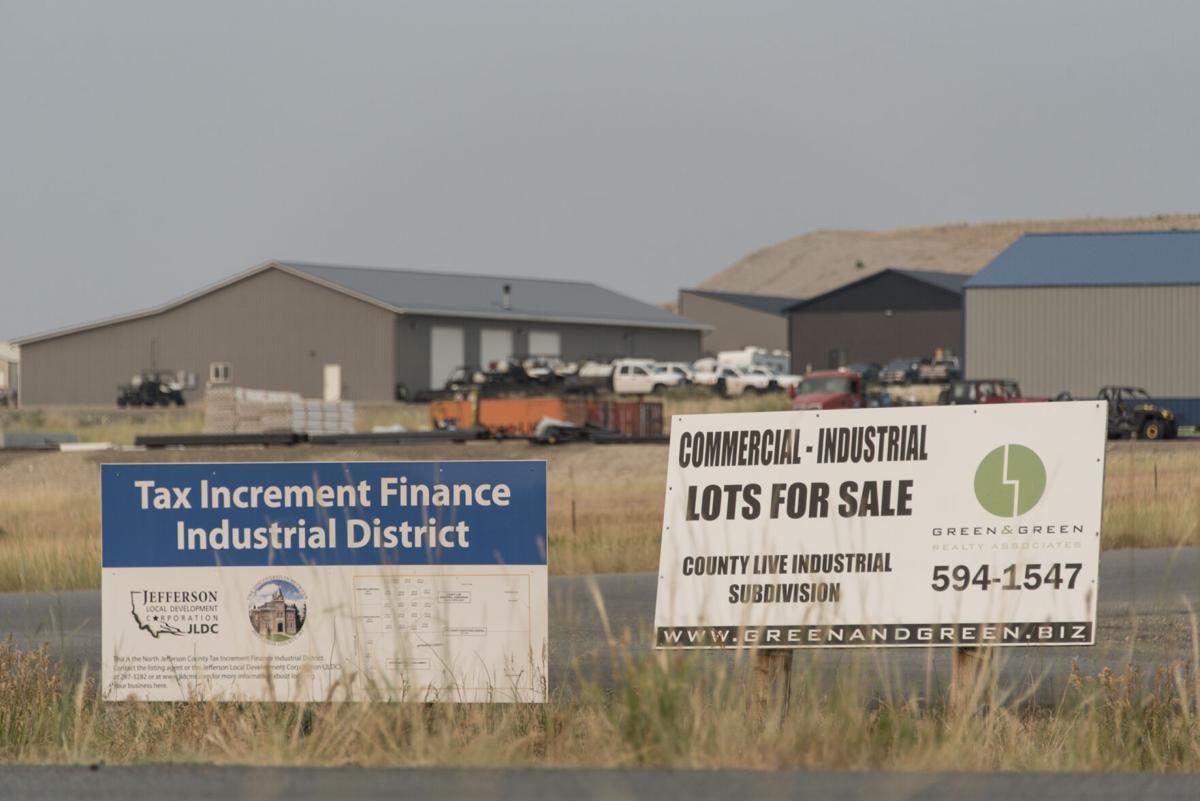 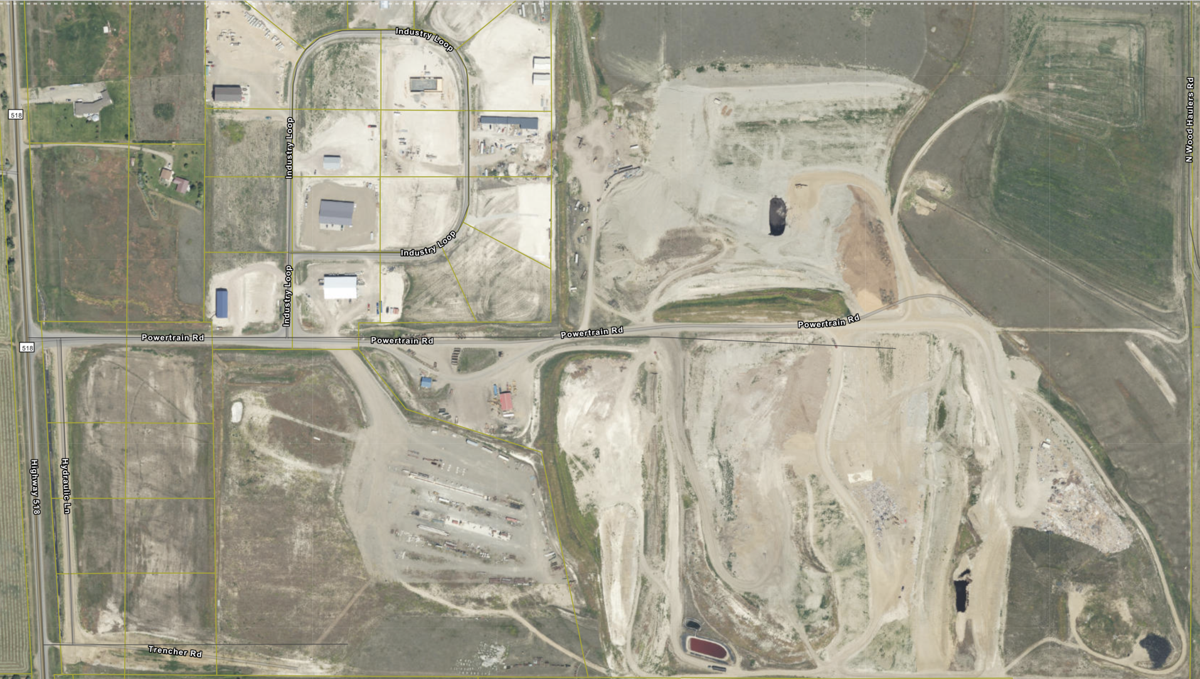 Jefferson County's North Tax Increment Finance Industrial District is operating at a deficit and unable to afford expenses and bond payments that exceed revenue, and leaders are unsure of the district's path forward.

According to interviews and statements from public officials, and account balances and budget documents presented at public meetings, the district has a cash account balance of about negative $7,000. District revenues of about $65,000 annually are not enough to cover $73,000 in bond payments each year, plus thousands in operating and administrative costs. County leaders are unsure how exactly they could make the district financially viable, and are exploring options including restructuring the bond, bundling the current bond with a new bond for road improvements, or banking on rising taxable values in the district to increase its revenues.

After the district's anchor tenant pulled out around 2014, officials said, tax revenue generated by the other businesses that have moved into the district has fallen short of covering the district's expenses, particularly payment of the bond used to establish the district.

The North Tax Increment Finance Industrial District, often called the North End TIF District, was created in 2009 around a property targeted for development by Cretex Concrete Products. The district sits on the east side of state Highway 518 about 1.6 miles south of East Helena and adjacent to the Jefferson-Lewis & Clark county line, across from the historic Kleffner Ranch.

TIF districts aim to foster economic growth by providing infrastructure for businesses in a location where development might not otherwise occur. When a district is established, the taxable value of the then undeveloped property is established as a baseline. When development takes place and taxable value increases, so does the tax revenue generated in the district. While baseline tax revenue continues to flow to the county as usual, taxes on the increase in value over the baseline—known as the increment—stay within the district and typically fund further infrastructure improvements or pay debt incurred by the initial infrastructure investment that fostered development.

For a district to succeed, property values must increase enough for the tax increment to pay for the infrastructure the county built in the district.

"One of the challenges you get with these TIF districts … there is no resourcing to put the initial infrastructure in there," Tom Harrington, the project coordinator at the Jefferson Local Development Corporation, said. "The first few years, you aren’t going to get much tax until you have the businesses come in there."

The JLDC oversees operations of the county's two TIF districts; the county government oversees the districts' finances. The other district is along Interstate 15 near Whitehall. Harrington said that TIF districts can incentivize businesses to relocate in small, rural counties, which in turn boosts the economy. Once a district sunsets, the full tax revenue—baseline and increment—flows to the county's general fund.

Harrington said that growth in neighboring Lewis & Clark County presented an opportunity for Jefferson County to provide a home for businesses in the Helena area. The county established the TIF district and used a $400,000 bond to put in roads, internet, power and gas lines.

The anchor tenant, Cretex, moved into the district in 2011. The company, Harrington said, was looking to expand and couldn't fine a suitable space in Lewis & Clark County, so they built "big operations" in the North End TIF District.

"They got bought-out and new ownership decided that wasn’t what they were going to do," Harrington said.

But Cretex wasn't the district's only tenant. By now, most of the lots in the subdivisions established within the district are sold, and many have been built on.

"You had bare land up there before. Right now you have about $7.4 million in land valuation that before you had a few hundred-thousand there," Harrington said. "[Cretex was] only one of about 15 properties … but you’ve got all the other ones that are up there too."

That increased value currently generates about $65,000 in annual revenue for the district, according to budget documents presented at the June 23 meeting of the county's Tax Increment Industrial District Advisory Board, which meets quarterly.

The documents also showed that the district, nearing the end of its fiscal year, had spent only 8,815 on regular expenses, comprised of engineering and interest payments.

According to Harrington and County Clerk and Recorder Ginger Kunz, who took the office after longtime clerk and recorder Bonnie Ramey retired on June 30, the district still owes about $203,000 of the original bond, and is on the hook for $73,000 a year—twice-annual bond payments of 36,500—leaving a shortfall of more than $15,000. The district is set to end in 2024, by which time the entire bond needs to be paid.

The latest semi-annual bond payment put the district into the red, Harrington said.

The problem, Harrington and Kunz said, is that the businesses that have moved into the district haven't added as much taxable value as would heavy industrial facilities like Cretex, which removed its equipment when it left the district.

But while county leaders and the advisory board agree that the district's current finances are untenable, they're unsure of a remedy.

"Well that’s the big question … something has to be done, but I don’t know the answer," Ramey said at the June 23 meeting, when she was still serving as clerk and recorder. "We need to kind of figure this out."

One options is to "look at the amortization schedule and go to the [county] commission," Harrington said at the meeting. In a phone call on July 1, he said that the loan could potentially be restructured to require lower, more affordable payments now, followed by larger payments toward the end of the loan at the end of 2024, therefore "floating [the bulk of the debt] toward the back end of the loan."

For that to work, taxable value in the district would need to rise enough that the tax increment the district collects as its revenue could cover the larger payments in a few years.

Harrington was confident that would happen—possibly by enough to eliminate the need to restructure the bond. The state's appraisal of the land is due in August, according to Kunz, and Harrington pointed out that even with the current bond structure and revenue, the district could pay most of the bond by the end of 2024.

"I’m thinking the reappraisal … we’re probably going to get a pretty [big] bump," Harrington said. "I think the district’s going to be fine. If we get an answer back on reappraisal, we might not even have to redo the loan."

Looking beyond the appraisal, Harrington said he was hopeful that the former Cretex property could be redeveloped and that Tri County Disposal could expand within the district.

"When we do get the assessment values in August, it's probably going to be not much more, because they haven't gotten those types of businesses there," she said in a July 5 call, referring to businesses whose equipment and land improvements significantly boost taxable value.

Another option, Harrington said, would be to have the TIF district, rather than the county, take out a bond to build a turn lane into the district on Highway 518—something he and County Commission Chairman Leonard Wortman said that the state of Montana would soon require the county to build. Having an active bond on the turn lane would extend the life of the TIF district up to 10 years beyond its original 2024 sunset, giving the district an extra decade to pay its debt.

"It’s going to be pretty important to us to bond for the turn lane … because if the TIF district goes away, we’re still responsible for the turn lane, at some point, when the traffic gets to a certain level," Wortman said.

Ramey questioned whether the district could afford more debt, even on an extended timeline.

"What we’re generating isn’t able to pay the loans we have now," she said.

Ramey explained that if the County Commission extended the district via another bond, it would withhold from the county the tax increment revenue that it was slated to receive after 2024.

"It isn’t going out to our taxpayers," she said. "I’m just cautioning you to be aware of that. By moving forward and extending the life of the district, that’s what you’re doing."

But, she said, there might not be another way to pay off the bond.

"I would just caution the board that in the future … you take a look at what happened in this district and be cautious about how many loans you take out for pieces of infrastructure," she said. "We're kind of stuck with this one."