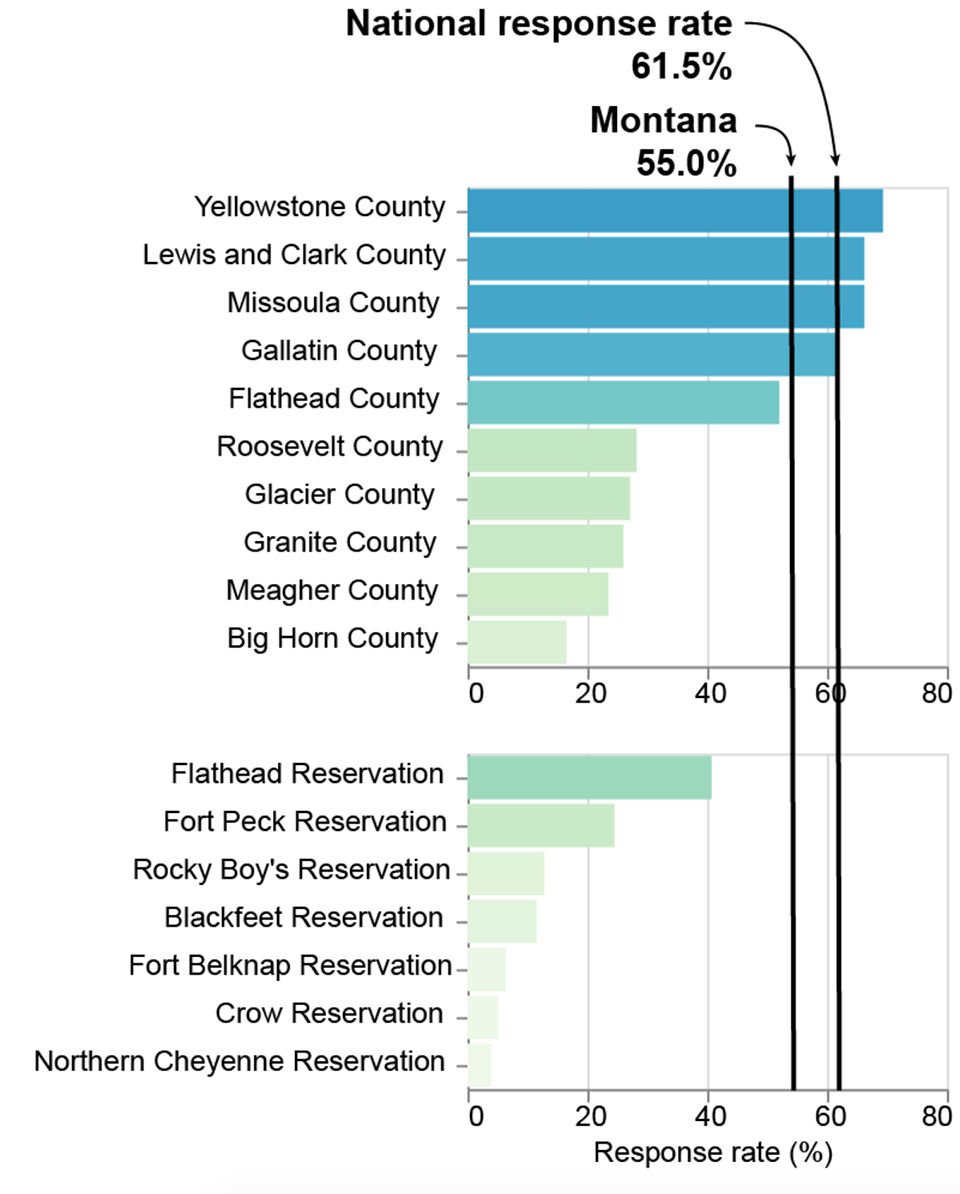 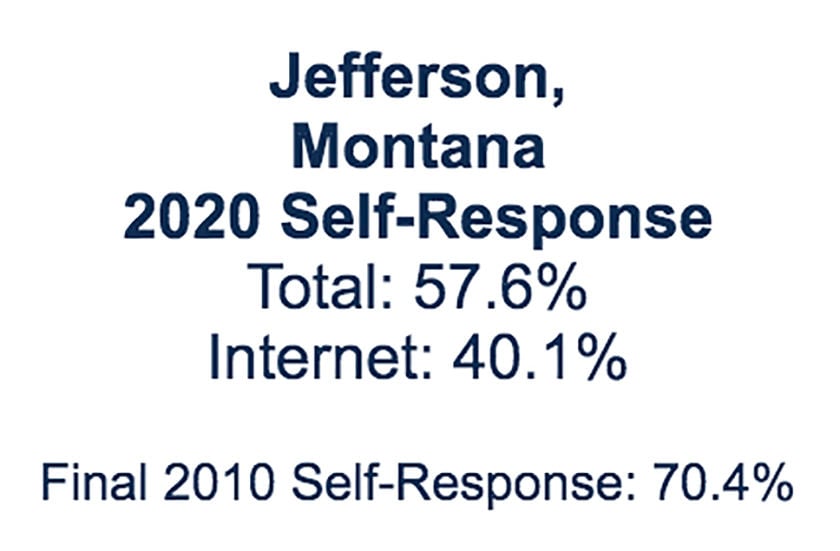 The 2020 Census questionnaire takes about 10 minutes to complete. It’s safe, secure, and confidential. Your information and privacy are protected. Your response helps to direct billions of dollars in federal funds to local communities for schools, roads, and other public services. To complete the census online, visit https://my2020census.gov/. (Information above courtesy of the U.S. Census Bureau)

The 2020 Census questionnaire takes about 10 minutes to complete. It’s safe, secure, and confidential. Your information and privacy are protected. Your response helps to direct billions of dollars in federal funds to local communities for schools, roads, and other public services. To complete the census online, visit https://my2020census.gov/. (Information above courtesy of the U.S. Census Bureau)

HELENA — With Montana’s response rate in the 2020 census lagging the national average, the state’s census promoters have an uphill climb to retool get-out-the-count efforts that have been disrupted by the COVID-19 pandemic.

Even so, the stakes of ensuring the state has the most complete count possible remain sky-high, said panelists participating in an MTFP-organized virtual forum June 18.

As of June 17, 55% of Montana households had returned census forms in either hard copy or via the internet. According to a U.S. census dashboard, that’s 6.5 percentage points behind the nation as a whole.

That lagging response rate has prompted worries that Montana could miss its shot at gaining back the second U.S. House seat it lost following the 1990 census. Census data will also be used to direct billions of dollars in federal money into the state over the coming decade, totalling approximately $2,000 a year for each counted resident.

While Montana’s urban area response rates are in many cases close to parity with the national average, many rural areas are lagging — particularly in Indian Country, where reservations have response rates that are in some cases still in the single digits.

“Native Americans living on the reservations are historically the hardest population to contact, meaning they have the highest undercount of any demographic group that the census considers,” Miller said.

In addition to the census-directed dollars that serve all Montanans, McLean noted that Native communities also rely on the census to direct services administered through Indian Health Services and the Bureau of Indian Affairs.

Additionally, even as in-person census promotion efforts like door-knocking — suspended during Montana’s initial COVID-19 surge — resume in much of rural Montana, the coronavirus continues to present a particular challenge in Native communities, which are in many cases being cautious about reopening.

“Even though our state has been opening up, our tribes are actually shutting down and going into a tighter mode of lockdown, at least some of them,” McLean said.

Panelists noted that additional state financial assistance for get-out-the-count efforts is coming. Gov. Steve Bullock announced June 17 that he will allocate $530,000 from Montana’s $1.25 billion coronavirus relief fund to promote the census through it’s new Oct. 31 deadline. That money will be administered through the Montana Department of Commerce.

“We know an accurate and complete count of all Montanans is critical for determining the federal funding distributed to the state for education, highways, health care and over 300 other programs,” Bullock said in a release.

Panelists said there are a number of things individual Montanans can do to boost census efforts, including donating to nonprofits that are working to accomplish the count and sharing information about the census on their social media accounts — even if they think their friends are sick of it.

“There are a thousand small ways to keep the visibility up,” Moore said. “We need to push for that in Montana.”

She added: “We’re all wondering about social justice right now, and ‘What do we do?’ This is a huge social justice issue for Montana, because we’re in danger of whole communities being invisible.”

Eric Dietrich a journalist and data designer and the founder of the Long Streets economic reporting project. He has worked for the Great Falls Tribune, Bozeman Daily Chronicle, and Solutions Journalism Network. Contact Eric at edietrich@montanafreepress.org and follow him on Twitter.