Thank you for reading!

Sign Up
Log In
Purchase a Subscription
You have permission to edit this article.
Edit
Home
COVID-19
News
Sports
Features
Surveying the Views
Multimedia
Obituaries
e-Edition
Classifieds
Legal Notices
1 of 6

Pigs wander I-15 in the aftermath of Saturday's crash of a semi-tractor-trailer truck near Bernice. 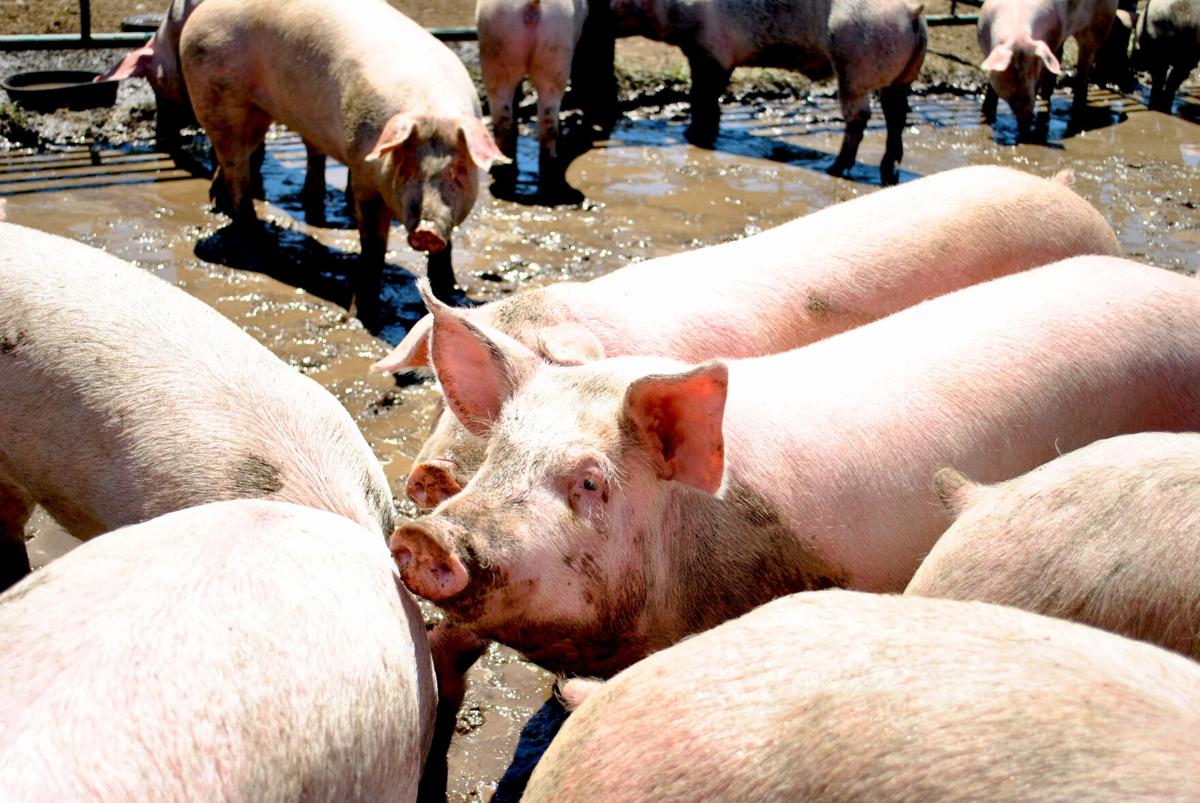 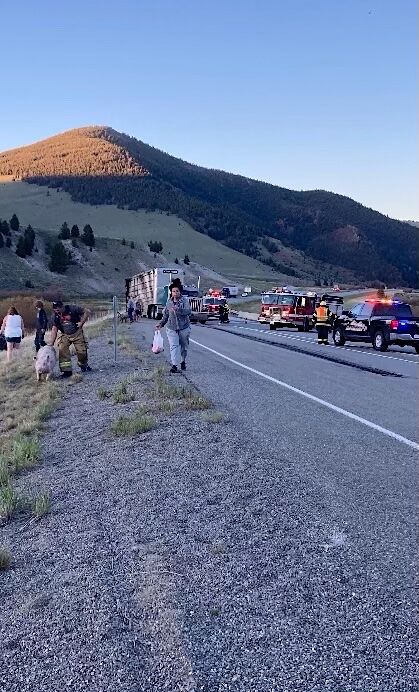 Emergency workers and bystanders helped gather pigs after the crash of a truck outside Bernice on Saturday evening. 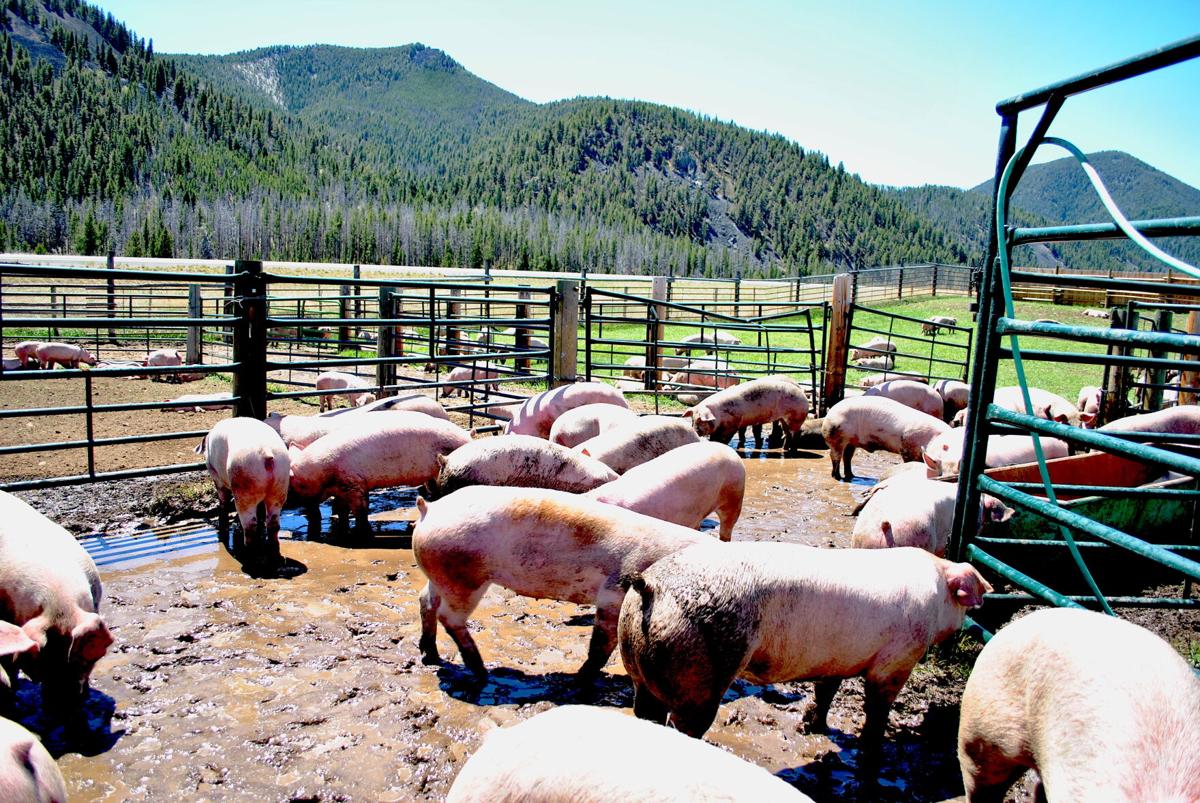 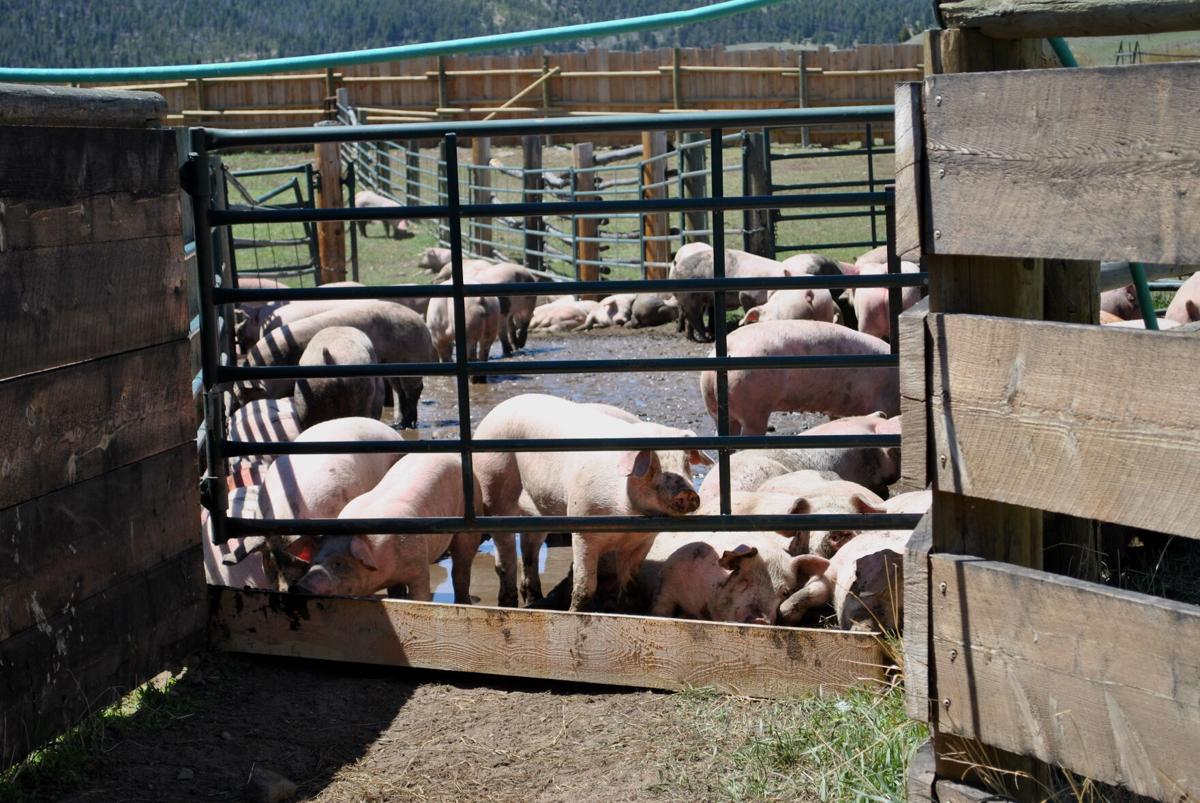 Pigs wander I-15 in the aftermath of Saturday's crash of a semi-tractor-trailer truck near Bernice.

Emergency workers and bystanders helped gather pigs after the crash of a truck outside Bernice on Saturday evening.

This was not your typical I-15 accident.

A large semi-tractor-trailer truck carrying more than 200 pigs bound for a slaughterhouse caught fire and crashed after exiting Interstate Highway 15 at Bernice on Saturday evening, killing some pigs and sending others scrambling onto the road and nearby fields.

The incident occurred around 7 p.m., according to several witnesses. One of them, Colter Mitchell, first spotted the truck as it passed him heading south on I-15. Seeing that the back wheels of its trailer were on fire, he followed for several miles, trying to get the driver’s attention. (Warning: Mitchell's video, below, contains some graphic language.)

When the truck finally stopped, Mitchell got out of his car to help. “I started running towards him, and he slammed in reverse and dumped the clutch as hard as he could and slammed into that barrier,” said Mitchell.

The driver of the semi-truck, whose name was not known, was not injured, said Mitchell. The driver worked for Elam Trucking, an independent operator under contract for Cow Tran LLC. Reached by phone, a dispatcher at Cow Tran said the crash was a “pure accident,” stating that the brakes on the livestock trailer malfunctioned and overheated.

On June 3, Montana Highway Patrol trooper Kayce Milligan said the the accident was the subject of an ongoing investigation.

“It was the worst experience of my life,” said Alona Ralph, who was driving down I-15 at 7:30 p.m. with her two sons, Carter, 14 and Brandon, 8, when they saw smoke rising and pigs running across the freeway. Her older son jumped out of the car and began herding the pigs off the highway so they wouldn’t get hit, she said.

Ralph said that one pig had broken both of its legs and had to be euthanized by firearm. Several others, she said, were incinerated in the truck blaze. Kendra Jackson and Eric Overley, who also stopped at the scene Saturday, said 10 to 15 pigs were killed in the accident.  Firefighters from the Basin and Boulder-Bull Mountain Volunteer Fire Departments arrived shortly after 7:45 p.m. to put out the fire and help herd pigs off the highway, according to Overley. Montana Highway Patrol officers and Jefferson County Sheriff’s deputies came to the scene soon after, Jackson said.

Overley said the firefighters, Highway Patrol officers, and others who had stopped herded most of the pigs off the highway and into a field owned by Gary Carlson. Jackson said people even fished pigs out of the nearby creek. Jackson borrowed a trailer from her parent’s construction company, Jackson Enterprises, to transport pigs from the field to a corral on Carlson’s property. Overley said that Jackson parked the stock trailer in front of the pigs and made a makeshift ramp with some pieces of plywood to get them into the trailer.

“All I can say is that it was hell,” said Carlson, who volunteered to keep the pigs on his property overnight.

Overley said that, between the two trailers on the scene, it took about seven loads to transfer the pigs to Carlson’s property. Overley, Jackson, and Ralph worked until 1:30 a.m. to  herd and transport the pigs, they said.

At 2:30 p.m. Sunday, a truck from Cow Tran arrived from Fairfield, MT, said Carlson. Eight more pigs were euthanized, and 43 could not fit in the truck and were left in Carlson’s corral to be picked up Monday afternoon.

However, with the help of “tens,” of neighboring residents, including Ralph and other witnesses from the previous night, said Carlson, 170 pigs were loaded into the truck when it left at 7:30 p.m. to be taken to Olson Meats slaughterhouse in California.