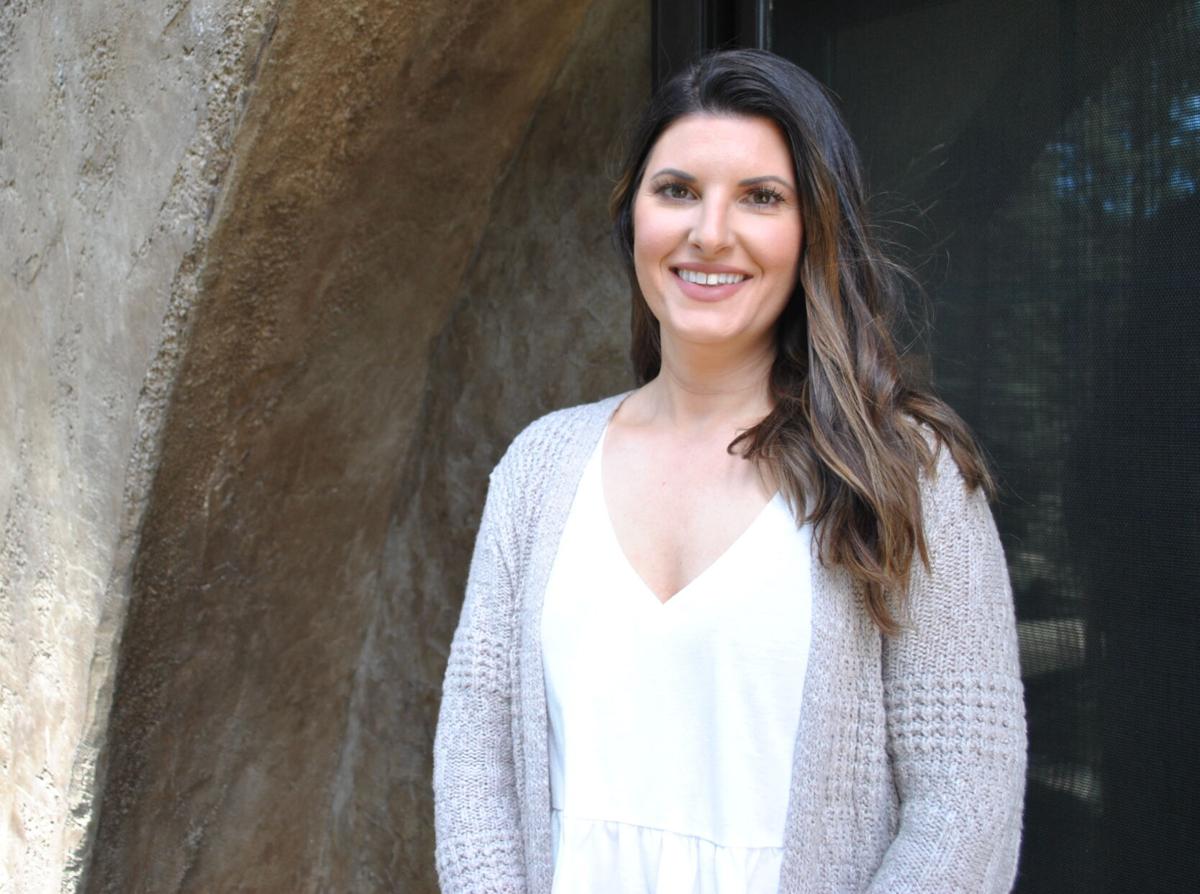 Monica Linkenbach, who wants to start an events center on Warm Springs Creek Road in Clancy. 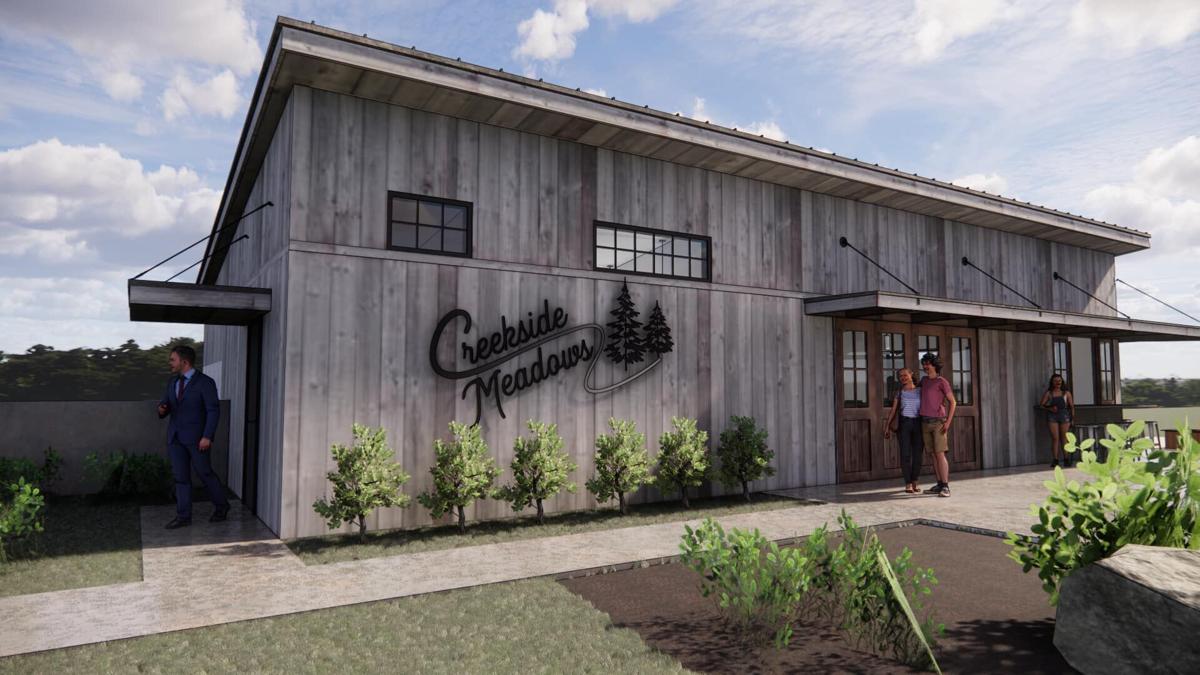 A rendering above the proposed facility on Warm Springs Creek Road in Clancy. 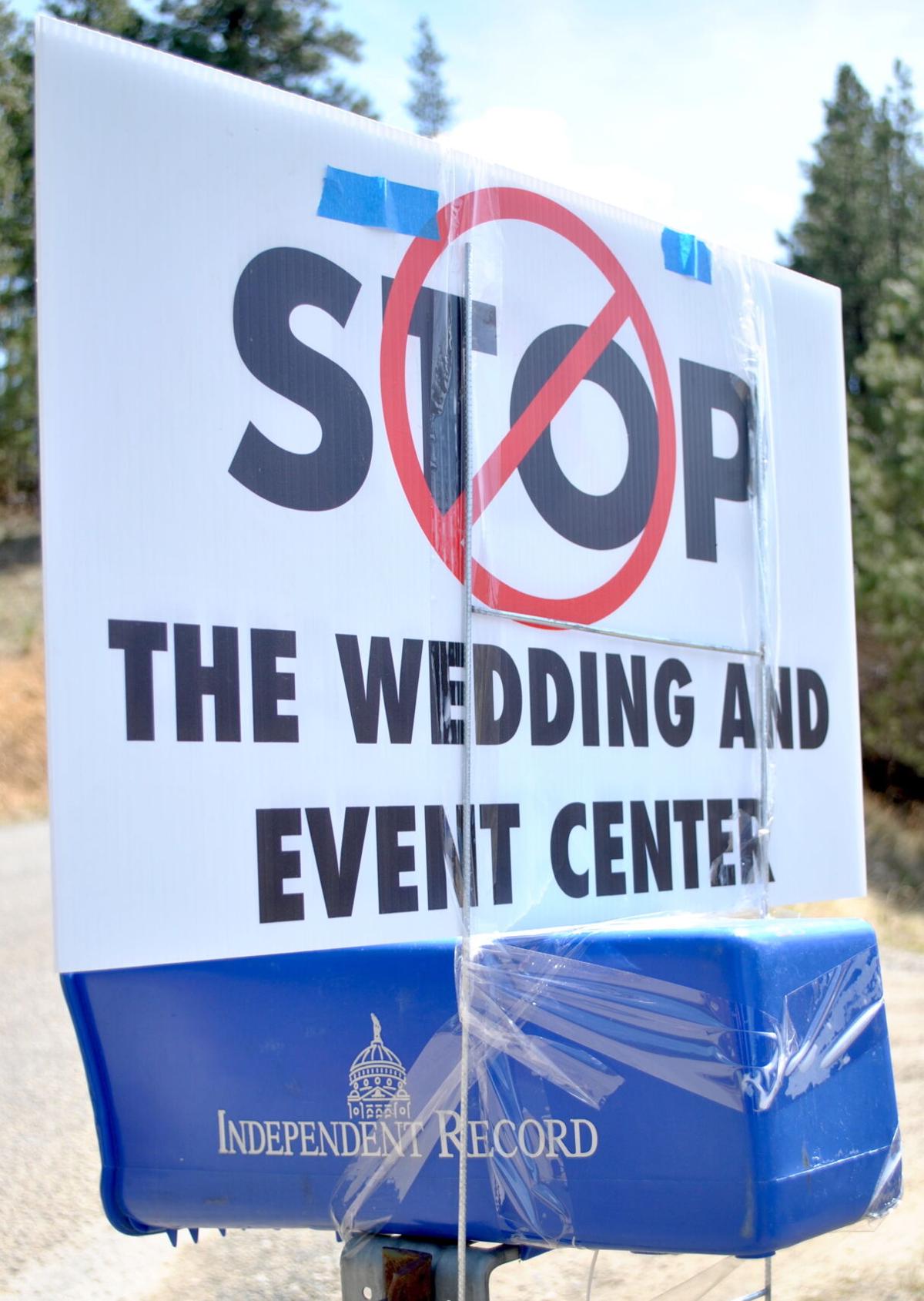 Monica Linkenbach, who wants to start an events center on Warm Springs Creek Road in Clancy.

A rendering above the proposed facility on Warm Springs Creek Road in Clancy.

Her neighbors aren’t so keen. They see traffic. And crowds. And drunk drivers.

Linkenbach, a Helena resident and owner of Capital Hill Barber Shop and Styling Salon, bought the property in 2019. She turned the existing building, a distinctive two-bedroom apartment built into a hillside, into an Airbnb called Creekside Hideaway. And she started making plans to create a wedding and events center.

“I wasn’t going to build anything at first,” said Linkenbach. “I was just going to use the property and do up to 250-guest weddings. Then

COVID happened and it gave me time to think about my next steps. I decided I was going to build a building and downsize it to a 160-person venue.”

Linkenbach has since settled on a smaller space than that. The building she envisions will be a two-bedroom, two-bath living space with a large, open-concept living space that can be used either as a vacation rental or an events venue with an indoor capacity of 60 and outdoor bar space for an additional 15, capping occupancy at 75 people total.

Linkenbach says she received approval last week from the County Sanitarian, Megan Bullock, and the Montana Department of Environmental Equality for a septic tank for the location, allowing her to move forward with construction

Some residents of Warm Spring Creek Road oppose the events center. Linkenbach’s changing plans regarding the capacity of the building has sparked some concerns. Elizabeth Sims owns the property that abuts the back end of the Creekside Meadows land and has been a vocal opponent to the project. “The owners have been all over the place with size:100, 120, 160,” Sims said at an April 25 community meeting regarding the proposed center.

Residents also are worried about the stress Linkenbach’s venue will put on a road they described as incapable of dealing with any increased traffic.

Jacob McKinney, a Clancy resident and road designer for the Montana Department of Transportation, spoke at the meeting regarding a letter he had sent to the Sheriff’s department stating that the road is not built to take on additional traffic. “[The road] is already pretty maxxed out.Throw in another 100 or 200 hundred cars every day on the weekend [and] that’s just going to be a disaster with how narrow our road is and how not great of shape it is. It will just be a huge disaster if you throw in drunk drivers coming from a wedding late at night.”

Other residents were concerned about the safety of local children if the road were to get busier. “Kids walk home from school and ride their bikes,” said one resident.

Linkenbach believes the number of cars for most events will be closer to thirty, because most people attended weddings as couples or in families. Thirty cars making one trip up the road and one back would not impact traffic greatly, she argues — especially because weddings would only take place on weekends.

Another attendee at the April 25 meeting said, “these are going to be people who don’t live in the area and aren’t from the area. They aren’t familiar with the road and the traffic patterns. Throw in the matter of impaired driving and it is a matter of not if but when it’s going to get bad.”

Critics of the events center believe they have two options to prevent the venue from moving forward. The first is to seek an injunction, permanent or temporary, that would prevent Linkenbach from breaking ground on the venue, based on a 2019 Montana Supreme Court case, Simpkins v Speck.

Sims encouraged those opposed to the venue to donate funds to pay for a lawyer to help move forward with an injunction.

In the meantime, opponents are focused on preventing Linkenbach from obtaining a seasonal liquor license.

“Let’s be honest,” Sims said in the meeting. “This facility doesn’t make their money on food. They make it on their alcohol sales. The way our county is structured, we can only appeal the liquor license. Our recourse is this liquor license. This is where we get to hang our hat and have the loudest voice.”

Linkenbach believes a seasonal liquor license for the venue will help prevent intoxicated drivers. “We are only getting the liquor license for the purpose of catering our own events because otherwise you have to hire out a bar from another facility. If I have my own bartenders there, it gives me peace of mind that they are making sure someone is not going to go drive drunk down the road.”

She also said she has been in contact with Vigilante Shuttles and Helena Town Car as well as two friends who own party busses to ensure that guests have safe passage to and from weddings. “If you hold the liquor licence that should be your concern because that is also how you get yourself in trouble.”

In any case, Linkenbach says a failure to get a liquor license would not stop her from moving forward with the business, as some had hoped. “It is not the main focus. If for some reason It didn’t go through, no big deal. All that I would then do is hire an outside company to then come and cater the bar.”

One concern that Linkenbach was able to put to bed was that the acreage would be used for camping. At the meeting, camping on the Creekside Meadows property was brought up and many were concerned about wildfires as well as trespassing by adults, dogs, and children on their own properties. Linkenbach confirmed that no camping would take place on the property, due in part to similar concerns and the licensing required for a campground.

Linkenbach believes the venue would be of benefit to the community, noting that she would pay  taxes to the county, provide jobs for event staff, and create a place for nearby weddings, and date nights with food catered by local businesses. She says she also plans to host community events and fundraisers, including a prom for local homeschooled students free of charge.