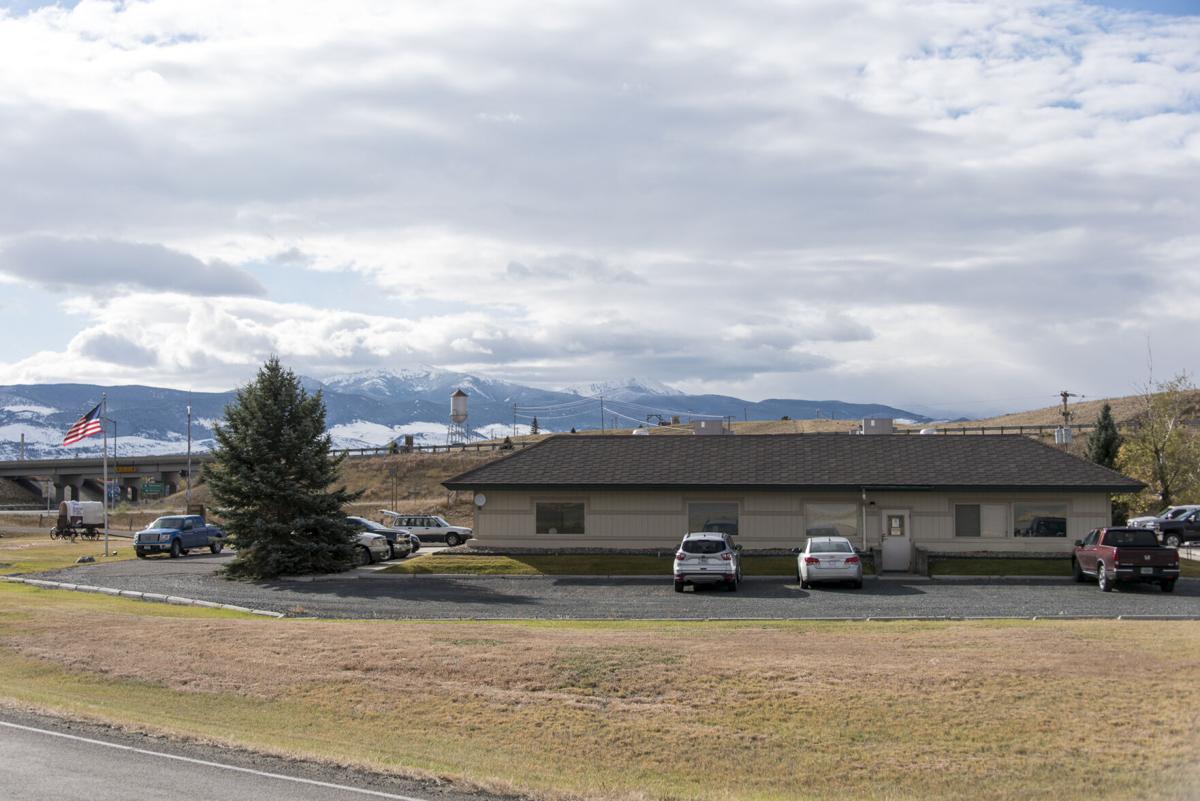 The Roberts Building in Whitehall on Oct. 14. The building is slated to become the Western Legacy Center by spring 2022. 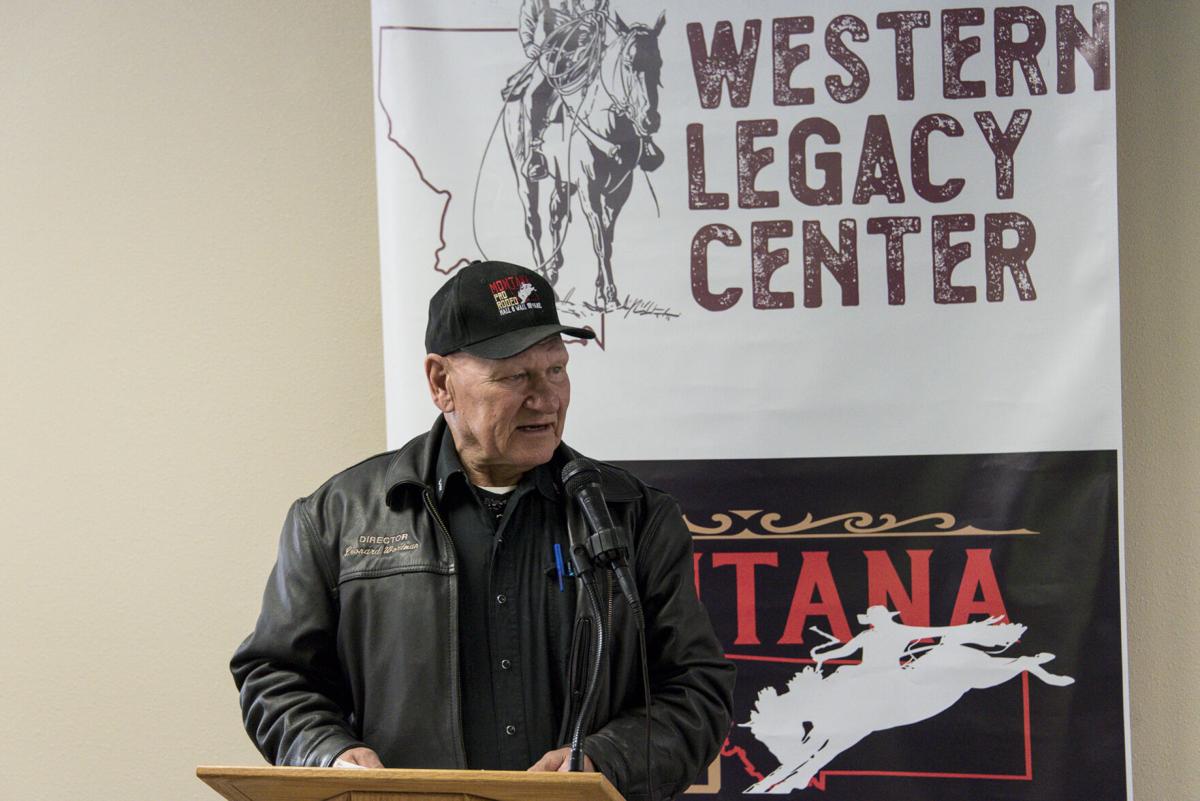 Jefferson County Commission Chairman Leonard Wortman speaks at a fundraiser kickoff for the Western Legacy Center in Whitehall on Oct. 14. 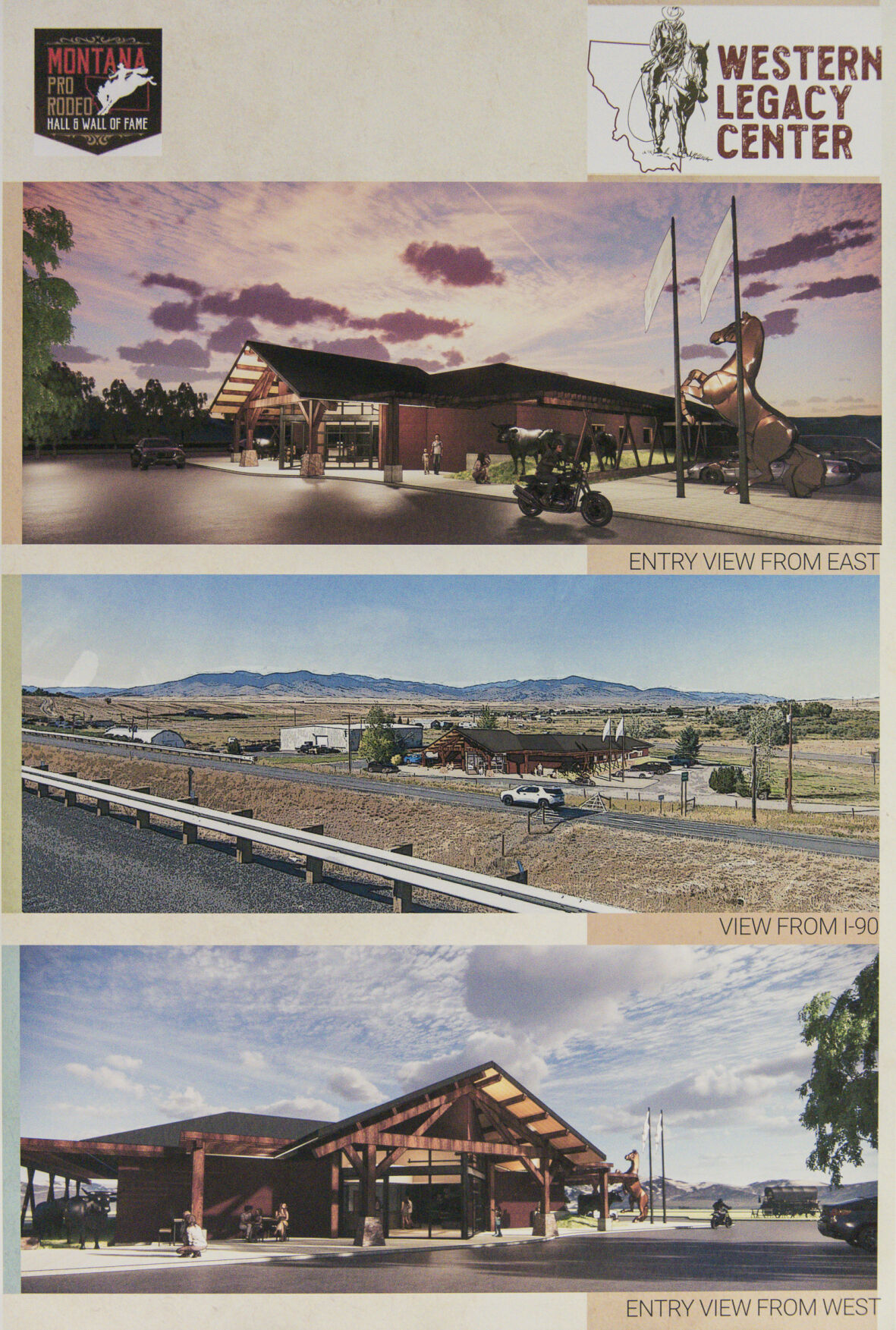 The Roberts Building in Whitehall on Oct. 14. The building is slated to become the Western Legacy Center by spring 2022.

Jefferson County Commission Chairman Leonard Wortman speaks at a fundraiser kickoff for the Western Legacy Center in Whitehall on Oct. 14.

The County Commission formally approved the expenditure at its Nov. 16 meeting, but the use of that amount for the combination visitor center and local retail space had for months been included in the county's plan of how to spend its approximately $2.4 million in funds from the American Rescue Plan Act (ARPA).

The Western Legacy Center is a planned 9,000-square-foot facility that county and project leaders say will house retail space dedicated almost exclusively to local- and Montana-made goods, as well as interactive exhibits including gold panning and mining simulations, animated displays of Native history and Montana's role in Europeans' development of the West, 3D visualizations of rodeo events, hologram exhibits, and "futuristic displays showcasing Montana's exciting role in the innovation age," according to an October news release from the center. Conceived before the pandemic and originally intended for Boulder, the county eventually found a home for the center in the Roberts Building, on Whitetail Road at the northwest corner of Whitehall's interchange with Interstate 90.

Current plans have the Western Legacy Center establishing a "pilot project" in half of the building that is currently vacant, according to the application for funds, and long-term plans have the center eventually buying the building from its private owners and occupying all of it. The occupied half currently houses offices for the Jefferson County Weed District, U.S. Department of Agriculture Natural Resource Conservation Service and the USDA Farm Service Agency.

The application for county ARPA funds said that center plans to spend $60,000 on remodeling the facility, $31,000 on operations costs including supplies and utilities, and $19,000 on advertising. $5,719 will go into a reserve fund.

Harrington said that the center's goal is to capture the "high volume of tourists" that travel along I-90, often between Yellowstone and Glacier national parks, and to "try to entice some of that traveler visitation to other business locations" beyond just the center. He said he envisioned a "twofold process with the Legacy Center" that would allow small, local vendors to sell goods all year, rather than only at seasonal festivals, and that would help vendors advertise and sell goods online with a strong social media presence.

On Oct. 14, at what Jefferson County Commission Chairman Leonard Wortman deemed a "groundbreaking and fundraising kickoff" for the center, Wortman said that communications firm Loma Media would oversee a $1.8 million fundraising campaign for the center. Another $2 million would come in the form of a grant "that I feel very comfortable about" getting, he said, for a total of $3.8 million intended to achieve the long-term vision for the center, including the building purchase and an exterior remodel.

Commissioners initially considered the application for funds at a Nov. 2 commission meeting, and they approved the application's format at that time. The application listed the "Western Legacy Center, Incorporated" as the applicant organization, and stated that the center was seeking nonprofit status. But the item was described on the Nov. 2 meeting agenda simply as "Review and approve county recovery funding application," without specifying the applicant.

Commissioner Cory Kirsch, who attended the meeting via video call, said that he was unaware that the agenda item was a funding request by the Western Legacy Center, and that he wasn't comfortable acting on the item without knowing the applicant in advance.

"To me, the agenda was unclear for that particular item," he said, asking that the item be moved to a later date and given a more specific title.

Wortman noted that "the $115,000 was specifically approved earlier when we went through our [ARPA planning] process … we’re just putting it into the proper format that we have to have for the paper trail."

Harrington said that ARPA funding applications noticed on meeting agendas should specify the applicant "so the public knows what the commission’s looking at." Commissioners rescheduled approval of the actual expenditure to Nov. 16 so the item could be more specifically noticed on the meeting agenda. The agenda for Nov. 16 listed the item as "Review and approve grant application for Western Legacy Center."