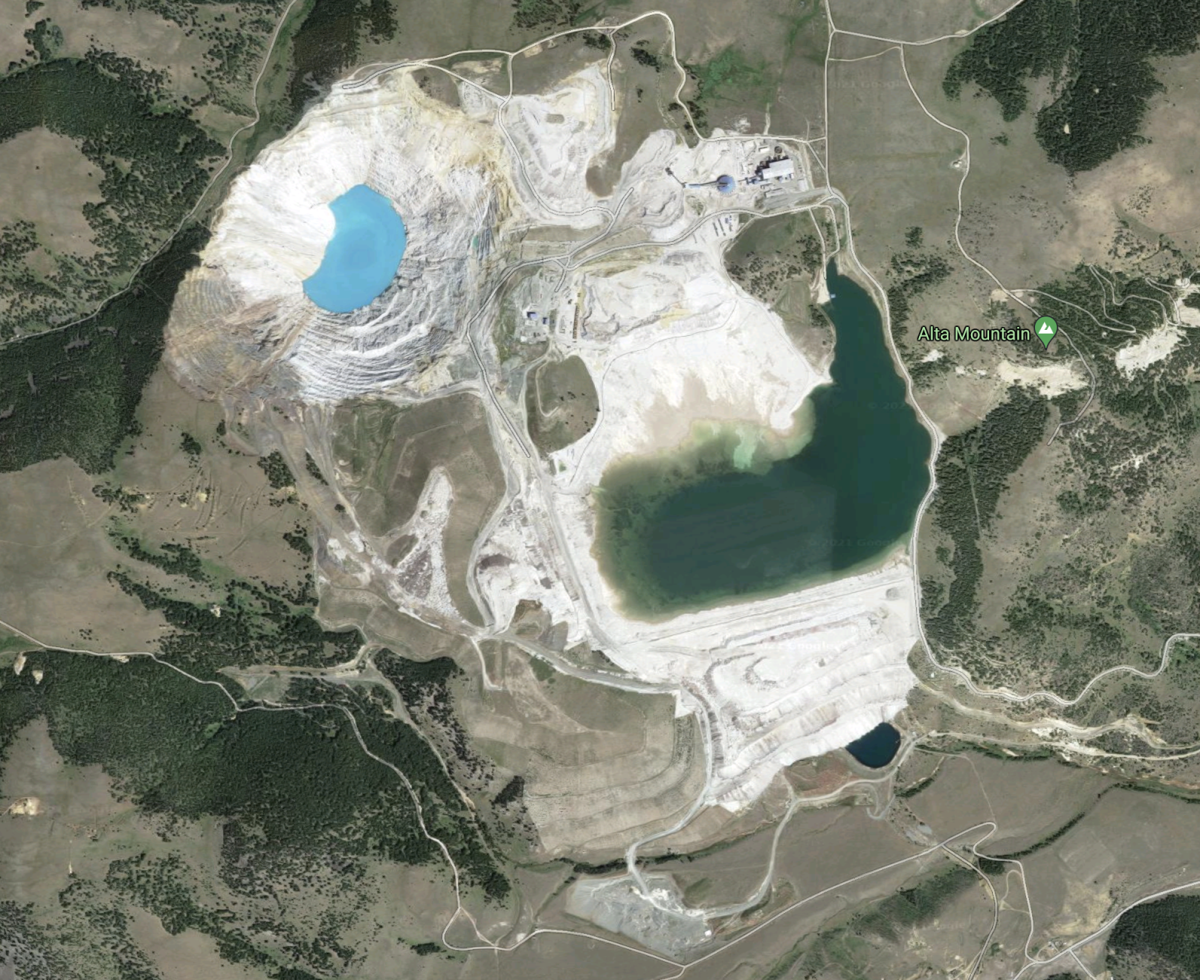 Jefferson County is one step closer to taking ownership of the Montana Tunnels mine, a large open-pit mine near Corbin, west of Jefferson City, but county leaders worry about a possible ownership dispute with the Montana Department of Environmental Quality.

The County Commission on Nov. 2 unanimously approved a resolution authorizing Treasurer Terri Kunz to sign a tax deed for multiple parcels of land constituting much of the mine, which produced gold, silver, zinc and lead, but hasn’t operated since 2008 and owes the county about $9 million in a variety of unpaid taxes, including about $4.9 in delinquent property taxes on the parcels in question.

Kunz told the commission on Nov. 2 that the county issued the first tax lien on the parcels in 2010, for failing to pay 2009 property taxes, and the county is owed taxes for many years thereafter. The mine’s owner, Patrick Imeson, has more recently failed to pay property taxes on other surrounding parcels, she said, and also owes years of net and gross proceeds taxes on the mine’s production.

Imeson paid Jefferson County $1 million via wire transfer on the morning of Nov. 2, Kunz told the commissioners, but “the million dollars we cannot apply at this point unless we know that the rest of the money is here.”

“We can still take the tax deed because he’s been arrears since 2009,” she said, pointing out that the $1 million represented a fraction of what Imeson owes the county.

Although the commission authorized Kunz to sign the tax deed on Nov. 2, commissioners directed her to wait until Dec. 2 to see if Imeson would pay the remaining millions he owes the county. If he doesn’t pay a total of about $4.9 million in delinquent property taxes by Dec. 2, she said, she will sign the tax deed, which transfers ownership of the parcels to the county, and the county can keep any amount Imeson has already paid, including the $1 million he wired on Nov. 2.

County Commission Chairman Leonard Wortman told The Monitor in July that “if we had the property, we think we could sell it,” explaining that the county hopes to find a buyer that will reopen the mine and bring jobs to the area, as well as county revenue from taxes on mine property and production. He said on Nov. 2 that the mine would be among the top-10 taxpayers in the county—if it actually paid its taxes.

“If we took a tax deed on the mine, we’d have a hole in the ground but no permit to mine it,” Wortman said in July. However, he said, a state law passed in 2018 would allow the DEQ to take the permit and hold it for up to five years while the county and DEQ work to find a buyer for the mine that could assume the permit.

But County Attorney Steve Haddon worried that the DEQ could seek to acquire the mine—setting the stage for an ownership dispute between the county and the department. According to a July 8 DEQ press release, the department issued a violation letter to the mine for failing to post an adequate reclamation bond, and the department could seek ownership of the mine with the goal of remediating and reclaiming the site.

On Nov. 2, Haddon told commissioners that a potential ownership dispute with the DEQ would need to be settled in court and “that’s going to bog the whole works down.”

State says it will not seek ownership of Montana Tunnels

The Montana Department of Environmental Quality says it will not seek ownership of the defunct Montana Tunnels mine, which Jefferson County re…