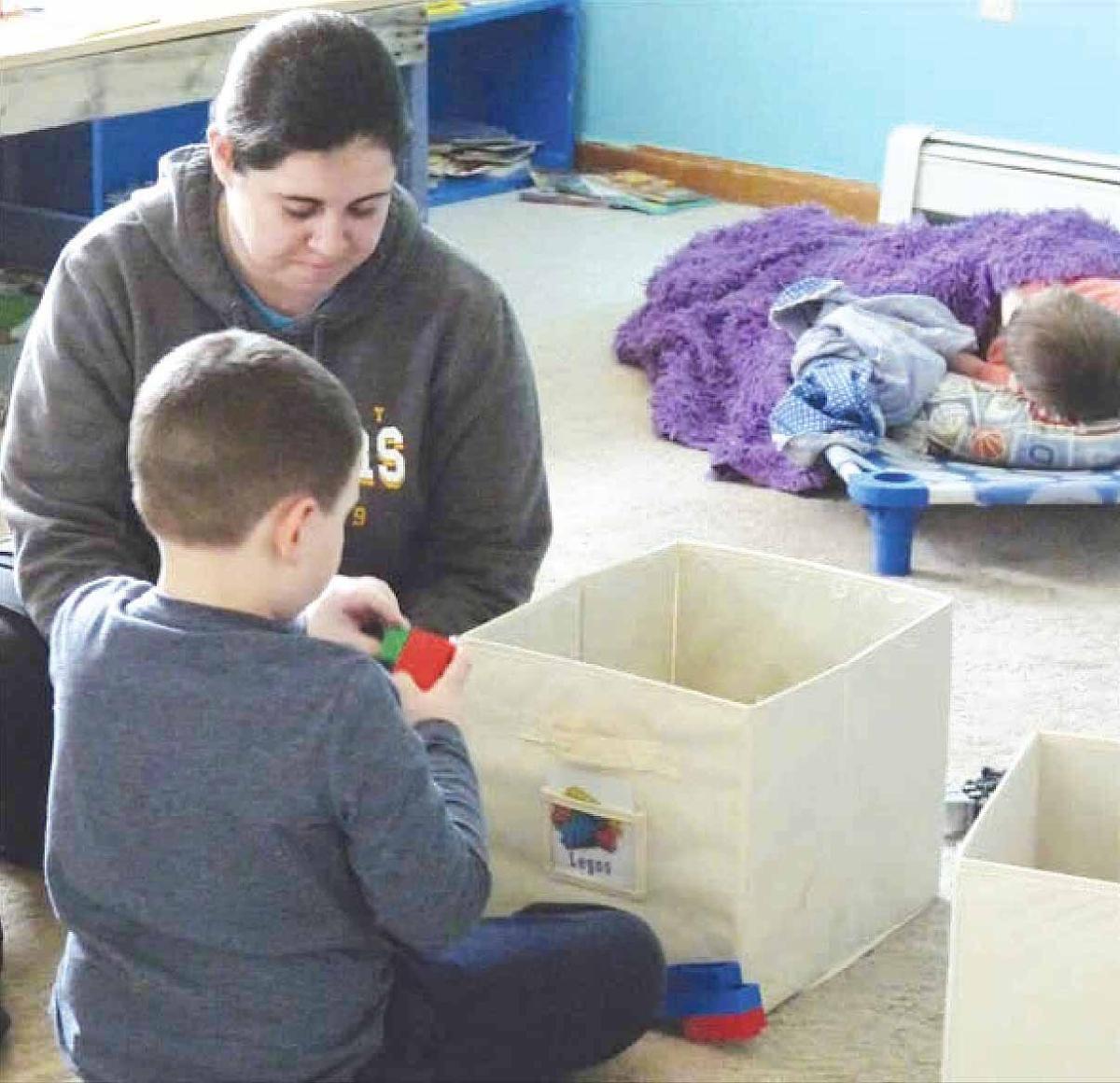 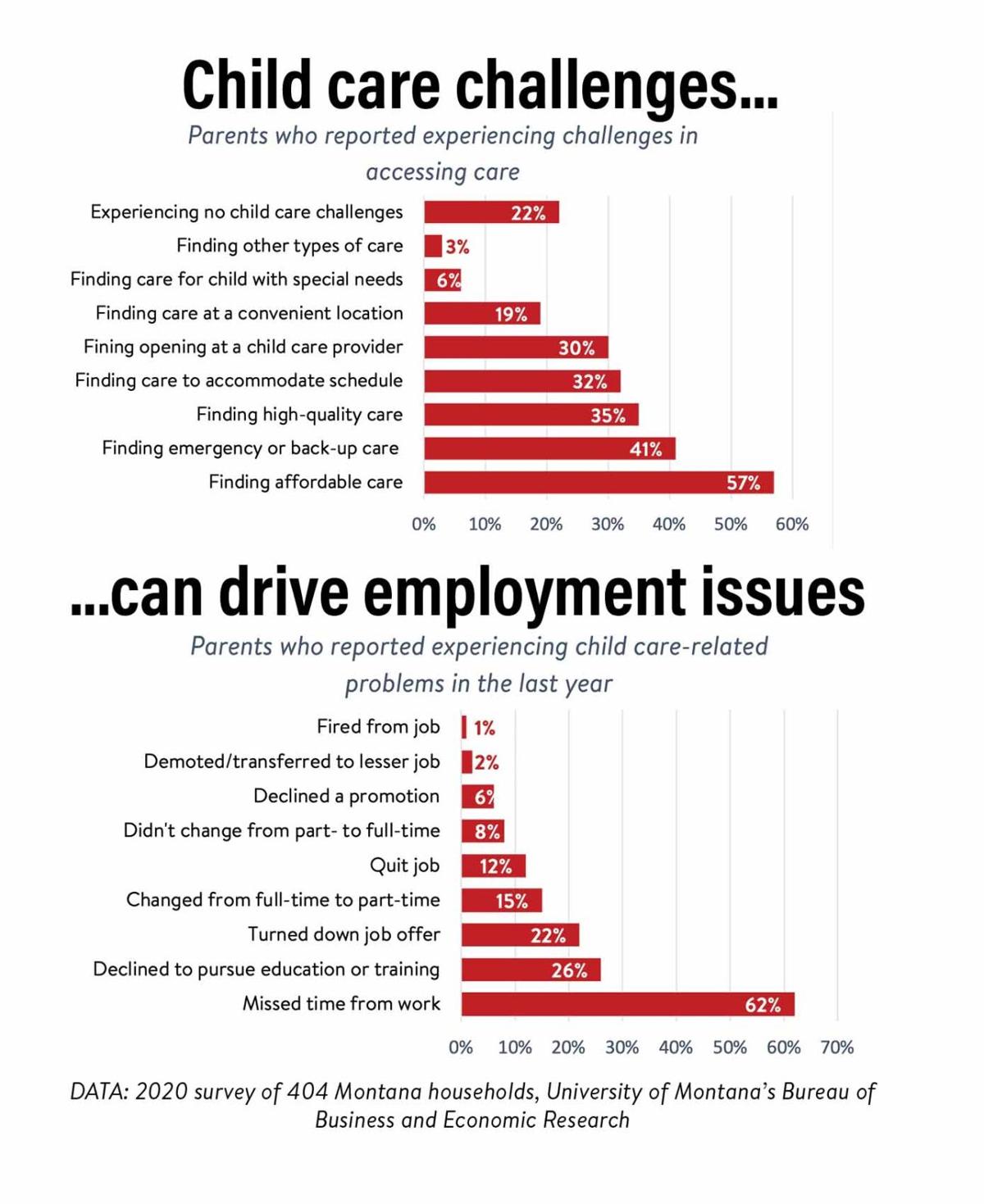 In 1994, Sheri Sullivan and her sister, Shelly, started the Little People’s Playhouse in Boulder. It was a licensed child care center available to up to 12 children age two weeks and up.

Sullivan prided herself on providing a consistent program with nutritious meals, learning opportunities and a yard to play in. She and her sister ran the day care with dedication and compassion. “It was a wonderful job and we loved it,” said Sheri.

But it was also a business — and that was problematic. Child care isn’t cheap, Sheri pointed out, and her clients were not consistent. The Playhouse closed in 1999 — in large part, Sheri said, because parents did not consistently pay their bills.

The City of Boulder has lacked consistent licensed child care for several years. The most recent, Frog’s Corner Daycare, closed in 2018. Several reasons were cited for its closure, including parent having trouble paying for the service, as well as the closing of the Montana Development Center, and with it, 250 jobs.

Now, the Boulder Transition Advisory Committee is forming a subcommittee to look into the issue. The lack of a licensed day care center is seen as a barrier to economic development. “It’s a workforce enhancement issue,” said Jefferson Local Development Corporation Project Coordinator Tom Harrington at the Jan. 7 BTAC meeting. He noted that the scarcity of child care, as well as affordable housing, has emerged as a problem in discussions around the effort to establish a cooperative meat processing plant in Jefferson County.

The availability of affordable, quality day care isn’t an isolated challenge. A study conducted in 2020 by the University of Montana found that 73% of Montana households with children ages 0-5 needed some sort of child care arrangement outside the home. For 57% of those parents, affordability was the biggest issue, followed by the need for backup, emergency and sick child care.

The impact on businesses can be high. Lower employee productivity and increased employee recruitment costs due to the lack of inadequate child care has caused Montana businesses about $54.5 million a year, according to the study, titled, “Lost Possibilities: The Impact of Inadequate Child Care on Montana’s Families, Employers and Economy.” Families lose an average of $5,700 in wages a year due to inadequate child care, according to the study.

The study noted that the average cost of child care in Montana is around $4,850 a year. The cost of center-based infant care is much higher, averaging $12,750 a year.

Rochelle Hesford, who runs the Century 21 program at Boulder Elementary School, recently received a CARES Act grant to run a kindergarten and an after school child care program, the latter at the Boulder United Methodist Church Fellowship Hall. The program at the church is designed for families with several children who can be put in family pods as a way to reduce the exposure to COVID-19. Those not in a family pod attend the regular after school program at the school.

What is lacking is a licensed facility for non-school-aged children, said Hesford at the December BTAC meeting.

Hesford said that in addition to the difficult economics for care providers, there are other obstacles. Providers must find  facilities that meet specific standards, such as the Americans with Disabilities Act. And those serving 13 or more children must meet the considerable requirements imposed by the state for licensing.

To be licensed, a center must have an inspection by the state fire marshal if caring for more than 13 children, undergo background checks, and be inspected by a licensing worker before approval, among other requirements.

A licensed day care service could provide consistency for parents and their children, said Boulder resident Sheena Good.  As it is, she relies on her in-laws to help take care of her two children, ages 2 and 4 when she works at Youth Dynamics — but has also taken them 40 miles south to Whitehall, where Kristi Wilson has operated Kristi’s Kiddie Corner for 13 years.

Wilson’s center is licensed with the state and serves up to 12 children, ages 0-12, but the focus is on those ages 5 and under. Wilson, a former healthcare administrator, said that running a day care service in a small town was a “mindset change” when it came to the payment portion of the service. “I don’t think people realize how much goes into all this,” she said.

To ensure that her business has a steady cash flow, she charges parents a set monthly tuition, paid in advance, with no allowances for sick days or vacations. She makes the analogy to renting a storage unit: People may not use their unit every day, but they pay the same amount every month, in any case.

Wilson is also diligent in tracking those who receive Best Beginnings scholarships from the state to make sure they remain eligible. Best Beginnings is a state program that provides child care scholarships to qualified low-income families and is based on a sliding fee scale, according to DPHHS.

Wilson will also use small claims court to collect on delinquent bills.But that’s the hard part, she said.

“It’s a very compassionate type of job. So you transfer that into relationships with the parents, so it can be hard to be ‘that guy,’” she said of pursuing delinquencies.

Wilson said daycare is a business like any other and has certain overhead expenses such as rent or mortgage payments, utilities, liability insurance, payroll, workers compensation and benefits and daily supplies. Wilson said her daycare receives assistance from the Whitehall School District through its free and reduced lunch program, which covers most food expenses.

Could a service like Wilson’s work in Boulder? Terry Minow, who is a member of BTAC and has also worked in the child care field, said that child care has long been viewed as “women’s work,” and is not valued by society. As a result, the wages for workers are low and there isn’t much assistance at the state level.

Minow said one idea is to incorporate day care facilities into the public school buildings, as they already have the existing infrastructure. Child care providers could also be paid like public school teachers and hence be seen as more of a profession, she said.

Wilson knows there is a need for a licensed daycare provider in Boulder — she’s been asked repeatedly to open a facility in the city.

“I know the need is high there,” she said.

While opening another center would be too much for her to take on, Wilson is willing to mentor someone wanting to do so. Her first piece of advice for someone considering this type of business to have policies in place before the doors open. Talk to other providers to get best practices in place so the business can be financially feasible, she said.

“That’s important if you want long-term success,” she said.

Erica Mackey is a young mother with three children under the age of five. When she tried to find daycare in Bozeman, Mackey was repeatedly tol…