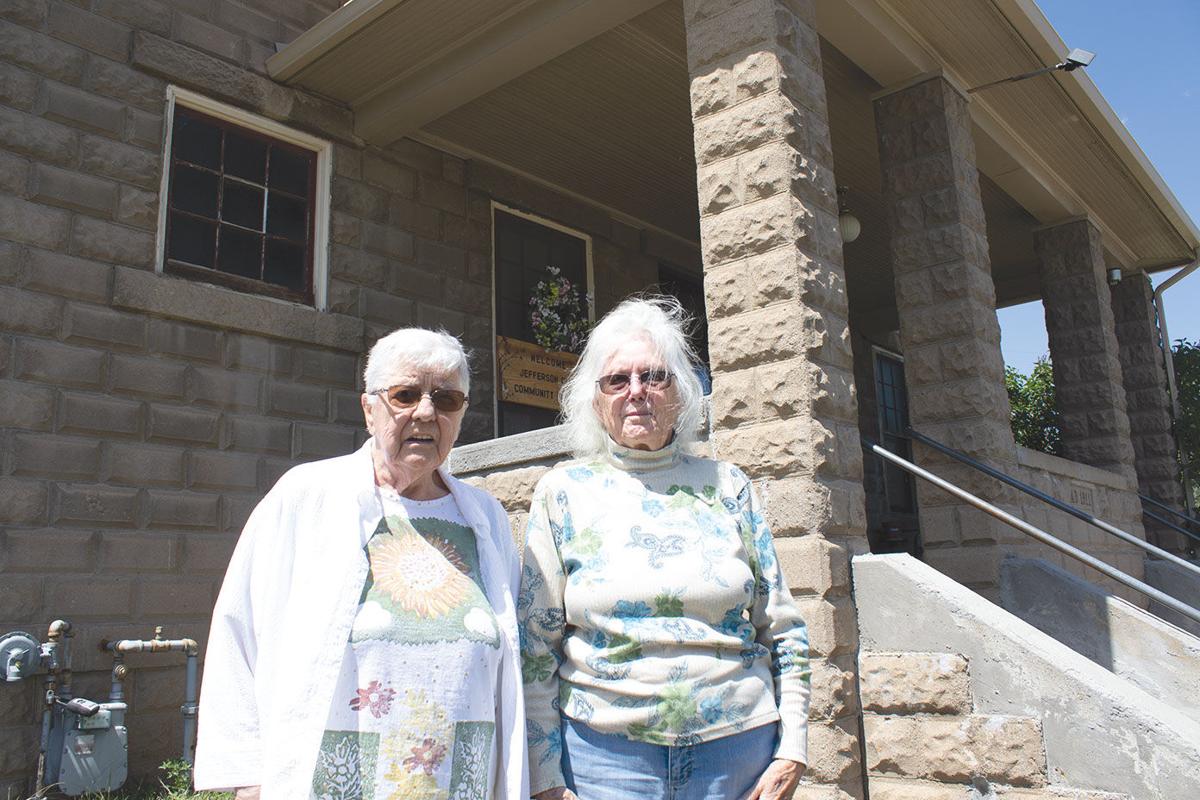 Lois and Marge Reilly in front of their former school, now the Jefferson City Community Center. Typically an active place throughout the year, it’s been largely empty this year due to COVID-19. (Photos by Dante Filpula Ankney) 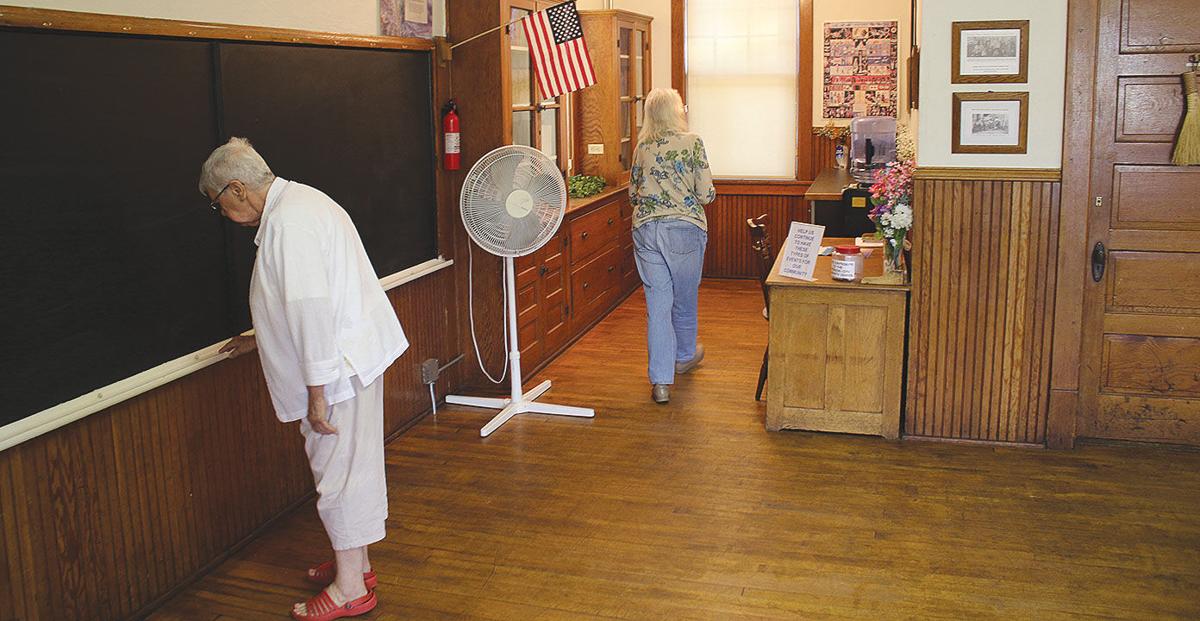 Marge Reilly shows off her report cards from the 1950-51 school year when she attended the Jefferson City School.

Lois and Marge Reilly in front of their former school, now the Jefferson City Community Center. Typically an active place throughout the year, it’s been largely empty this year due to COVID-19. (Photos by Dante Filpula Ankney)

Marge Reilly shows off her report cards from the 1950-51 school year when she attended the Jefferson City School.

The Jefferson City Community Center will not be used as a polling place in November, nor will it be used as a ballot drop-off location. The former one-room brick schoolhouse in Jefferson City, built in 1911, has remained, for the first time, largely empty this year due to the ongoing pandemic. Most years, the Jefferson City Community Center hosts a range of events for the fire department and the community — an Easter egg hunt, a chili feed, birthday parties, community days, public meetings and learning events.

Aside from some renovations--including murals, indoor restrooms, a small kitchen, handicapped accessibility, and areas created for the fire department — the building has remained mostly  the same as Marge and Lois Reilly recall. When they graduated from the 8th grade in 1952, they were the last class to do so.

The school was closed, to the best of Marge’s reconciliation, in part because of a small population and possibly because of some family feuds, perhaps due to the closed schools in Wickes and Corbin to consolidate with the schools in Boulder and Clancy, instead of Jefferson City.

In an effort to retain the history of the former schoolhouse, the well-worn floors are still the same, the blinds, the chalkboard, the coffee-stained wooden desk of a teacher, the rusting metal floor grates, the books lined up neatly in a glass-fronted bookcase, and a single outhouse all remain.

Though some items were lost to time or the hands of others, the Reilly’s recall the old wooden desks with slots for their papers hidden under the top that have long since gone missing. The school bell was stolen as well. It was later replaced years ago by Frank Bost from back east.

“It was a wonderful school,” said Marge, adding that schools have changed tremendously in the last 20 years. “When we were going to school, teachers taught, that was their main function … Sometimes it just blows my mind what we actually ask teachers to do.” Marge said that when she attended the school, teachers taught and had to do some light cleaning of the schoolhouse, whereas teachers now play the role of the social worker. “They have a tremendous responsibility...for not much money. They spend a lot of their own money on kids”

“Mrs. McConnell was our teacher … and she was an excellent teacher,” Marge said, relaying one of her favorite memories of her time at the school, “I always remember the other student that was here … he had problems in other schools and he acted up one day. She walked over very quietly — there was no physical anything, there was no yelling — but the upshot was, she told him she was the teacher and she was to teach and he was the student and he would learn and that we would both get along. She never had another problem with him again. She was one of those older teachers who knew how to discipline.”

Their love for the building runs deep, with Marge having her wedding reception at the

schoolhouse in 1985 before many of the modern additions to the building began construction. Later, she was involved with the community center as part of the board when they began fundraising for the renovations. And, later, Marge, with the help of Bud Siderits, chief of the Jefferson City Volunteer Fire Department, created a brochure to celebrate the 100th anniversary of the schoolhouse.

While the Jefferson City Community Center may stay quiet this year, its ardent supporters will never allow it to stay that way. It will always be the heart of Jefferson City, as long as the community continues to value and protect it.