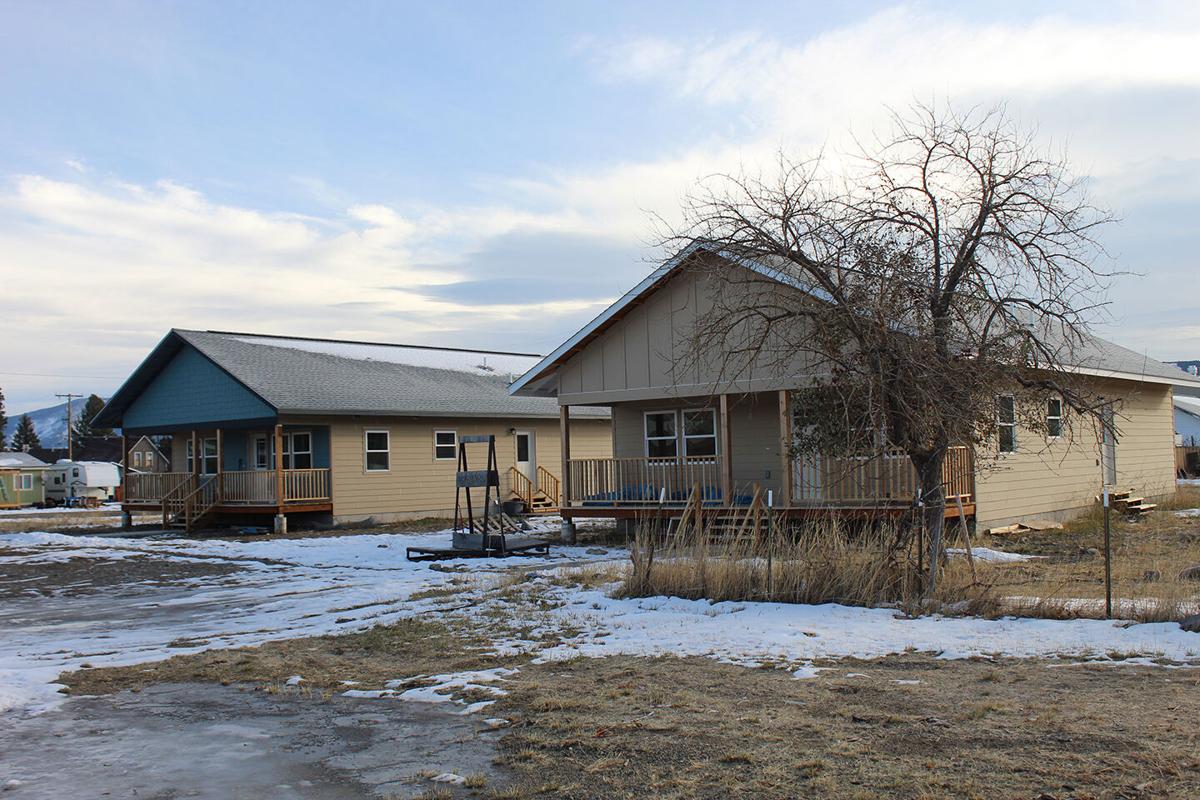 (Third story in a series)

The JLDC helped the Affordable Housing Network get the property subdivided through the county Planning Board and approved by the Commission, said Tom Harrington, project coordinator with the JLDC. It was then was annexed into the town. Services have since been installed and the development is ready for construction, he said.

“It’s a real blessing for the area. It should be a model,” he said.

Further north, Jefferson County’s other incorporated municipality, Boulder, is searching for affordable housing options. The city is limited in two significant ways — by geography and economics. It is bounded by public and ranch lands, rivers and an interstate. Its economy also took a hit when the Montana Development Center closed in 2018, and with it, took 250 jobs.

As a result, the city currently offers little affordable housing that could accommodate both more commuters to Helena and Butte as well as employees for new businesses looking to locate here.

The city has responded to the issue by creating several new tools to further entice housing developments — subdivision regulations, an evolving growth policy and master plan, an annexation policy and an ordinance aimed at improving neighborhood aesthetics.

It has also worked on burnishing its image as a tourist destination, which could also bring more businesses to the area.

The Boulder Monitor has been digging into the issue of affordable housing in Boulder, first talking with residents who have found it difficult to find a place to live, followed by a look at what the city has done to remedy the situation.

This week, the Monitor investigates how a nonprofit built homes in Boulder and is now working on a project in Whitehall. It also takes a look at other possible options, and how workforce housing was implemented in North Carolina.

The road to Mountain Horizons

In Whitehall, the land that will become Mountain Horizons was once privately owned and vacant, said Harrington. The owner, he said, was open to selling it for affordable housing and that’s how the development got started.

The National Affordable Housing Network, a non-profit organization based in Butte, pulled together $950,000 in financing from USDA Rural Development, from the HUD Self Help Opportunity Program, Rocky Mountain Bank in Whitehall and the Jefferson hard rock economic development loan fund and now is coordinating the construction and marketing of the units.

So far, eight lots in Mountain Horizons have been sold, said Barbara Miller, executive director with the Affordable Housing Network.  The Network wants to market the lots to low-income families and seniors, but it is not limited to that demographic, said Miller.  Once the Network gets three to four applications ready to go, it will begin building, she said, adding that it expects the development to be built out in two to three years.

“In Whitehall, the sky’s the limit,” she said.

Miller acknowledges that all of this can be complicated — from the funding to the infrastructure to getting the houses built. But, “we’re willing to take risks to make this happen for the families and invest in the town. It’s rewarding to see what happens to families and kids,” she said.

Miller explains why homeownership is important, and is based on research.

“Homeownership is one of the only ways that moderate income families can build personal wealth.  The equity in homeownership provides a financial cushion that allows people to borrow for college and provides social mobility over time, as well.  Children have better school outcomes, as well as better physical and mental health profiles due to homeownership, partly due to  the increased family stability and also the change in financial status that often accompanies it.

One study of homeownership  benefits to the overall society shows that each home that is built as part of the self-help or Habitat programs saves local, state and federal government approximately $1 million over the lifetime of the homeowners, in housing program savings, health program savings, and in local and state tax base improvements, to name a few,” she said.

A couple of ideas

Harrington said housing is such a big issue that the JLDC could have one person assigned to it full-time.

The challenge, he said, is that the problem often gets overlooked.  Harrington has offered two ideas to address the affording housing problem in Jefferson County — land banking and employer-driven housing.

Land banks are governmental entities or nonprofit corporations that are focused on turning vacant, abandoned and tax delinquent properties into productive use, according to the Center for Community Progress.

With both economic growth and housing prices increasing in Montana, Harrington said, it’s a good time for the county, or another entity, to buy up land and hold it in reserve until the time is right to build affordable housing.

The challenge with that option is finding the funding to purchase the land, he said.

Harrington said he had been thinking that the county might buy up properties as they came on the market and then waiting for the right time to build.

But a different opportunity for land banking emerged when the former Montana Development Center campus was transferred this year from its state land trust designation with the Department of Natural Resources and Conservation to ownership by the Department of Public Health and Human Services.

The DPHHS now could explore various options for the use of the vacant portions, about 32 acres, said Mike Atwood, DNRC real estate bureau chief. When the land was appraised as part of the transfer process, the appraiser indicated that the highest value and best use for the property would be residential lots, he said.

So far, no decisions have been made for repurposing the property, said Jon Ebelt, public information officer with the DPHHS.

Another idea being tossed around is having an employer provide housing. In the case of Jefferson County, it is an option being linked with a feasibility study on a cooperative meat processing plant, said Harrington.

The JLDC has received a grant to explore the financial feasibility of offering a meat processing plant, which would provide an outlet for local ranchers to process their beef or bison.

Housing could be one of the incentives offered to potential employees, said Harrington.

If localities and businesses want economic development and growth, they need to consider workforce housing, or on the flip side, pay their employees more so they can live elsewhere and commute, he said.

Teachers are often cited as a group of employees that have trouble finding housing, along with firefighters and law enforcement officers whose jobs likewise are typically not highly paid — at least at the start.

In Asheville, N.C., new teachers have the opportunity to obtain housing considerably below market rates in the city, which tends to be expensive, said Kevin Griffin, owner of Century 21 in Asheville.

Beginning teachers in North Carolina with a bachelor’s degree can expect to make about $35,000 a year, according to the North Carolina Department of Public Education.

Several years ago, a local businessman and the nonprofit Eblen Charities joined forces to build an apartment complex that caters exclusively to Asheville and Buncombe County teachers, with rents estimated at $200-$300 below market rate, said Griffin.

Buncombe County assisted with acquiring the land, which had once been used for firefighter training, and the State Employees Credit Union Foundation offered a low interest construction loan to get the project started, Griffin said.

Today, the Williams-Baldwin Teacher’s Campus offers 24 units and Griffin said they are generally at 90% or more occupied. The rent for a 1,100 square foot unit is $925 a month.

Once the project is paid off, the proceeds will go to the nonprofit, which can use it for future projects, said Griffin, who works with the management company that oversees the complex.

Ultimately, what it takes is the willingness of civic actors to put the project together, he said.

Jan Ziettlow retired from teaching and moved to Boulder in the 1990s. For many years, she worked, and lived, at Boulder Hot Springs. But Ziett…