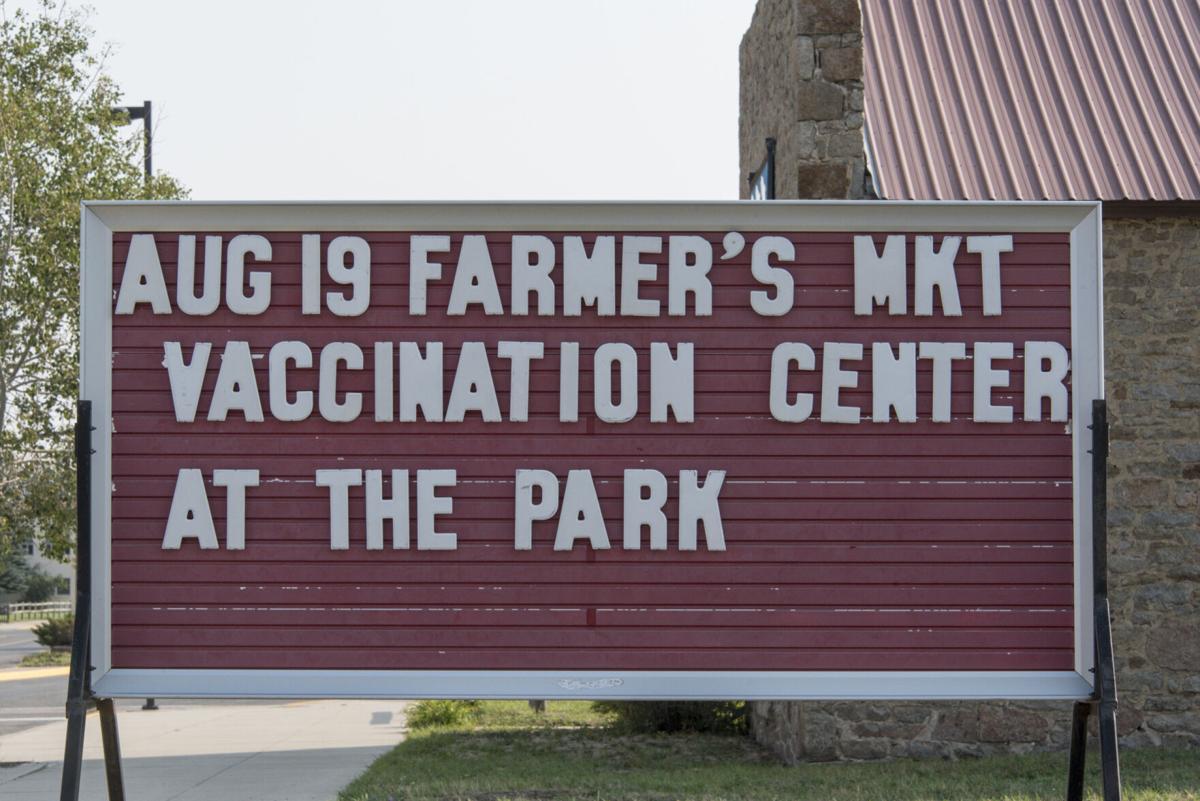 A sign on Boulder's Main Street, pictured on Aug. 23, encourages vaccination at the weekly farmers market held 9 a.m. to 2 p.m. on Thursday in Veterans Park.

A sign on Boulder's Main Street, pictured on Aug. 23, encourages vaccination at the weekly farmers market held 9 a.m. to 2 p.m. on Thursday in Veterans Park.

The number of active coronavirus cases in Jefferson County nearly doubled in four days last week, accelerating a steady increase in cases that began in late July, with 12 new cases reported on Thursday.

Jefferson County Public Health Supervisor Pam Hanna said that last week's 23 active cases was the greatest number of active cases, and the greatest transmission rate, the county had seen since February or early March. Carey’s report last Monday also indicated that one individual was hospitalized, and this Monday's report also listed one hospitalization.

Carey said two weeks ago that she began putting out two case reports per week—one on Monday and another Thursday. Between Aug. 9 and Aug. 12, Carey reported an increase of 12 new cases, meaning there were at least 25 new cases in one week, from Monday, Aug. 9, to last Monday, Aug. 16.

Hanna said she did not yet have data on how many, if any, of the recent were coronavirus variants. Not all cases are screened to see if they are variants, she said, and the county is not notified of variant cases until a few weeks after an individual becomes sick and has been screened. She said that this did not mean that none of the new cases are variants, especially because Montana has seen a statewide increase in delta variant cases. She said the delta variant is a “big concern” to the county, adding that it is 220-times more contagious than the original coronavirus that emerged at the beginning of the pandemic.

According to a report issued by the state Department of Health and Human Services that was updated Aug. 4, Jefferson County has seen 11 variants of concern: two cases of the delta variant and 9 cases of the alpha variant. Hanna said she had not heard about more variant cases since then.

According to the federal Centers for Disease Control and Prevention, a variant is classified as a "variant of concern" if it is at least 50% more transmissible than original virus that emerged in early 2020, is potentially more severe based on hospitalization and fatality rates, and antibodies generated through previous infection or vaccination are not as effective in neutralizing the virus.

“Now is the time,” Hanna said, “we are recommending you get vaccinated.”

“We do expect to see breakthrough cases, especially because we are seeing variants,” she said, because the vaccine is somewhat less effective in preventing illness from variants of the virus.

Four out of the 23 active infections last week were contracted in children younger than 9, and eight young people aged 10–19, according to the report Carey issued Aug. 19. That put more than half of the infected individuals in the under-20 age group.

Hanna previously told The Monitor that she suspected this most recent spike sprung from Fourth of July travel and gatherings. She said this was the same time last year that the county saw a surge in cases—but this summer's rise was larger. Since late July, cases have steadily increased.

The Jefferson County Public Health Department has struggled with contact tracing for this surge, Hanna said previously, which indicates community spread. She said that she expected to see a spike in the fall, when lung infections are common and children return to schools.

County Health Officer Sandy Sacry, a member of the health board, said at a July 27 meeting that she worried the Headwaters Country Jam and the Rockin’ the Rivers country music festivals, which each drew several thousand people the past two weekends, would become "superspreader events."

Hanna said that in areas with high transmission rates—and Jefferson County has become one of those areas—the CDC recommends both vaccinated and unvaccinated individuals wear masks while indoors.

The health department recommends individuals get the coronavirus vaccine, which has been shown to be safe and effective in preventing infection, Hanna said. She said the health department has access to all three vaccines—the Pfizer, Moderna and Johnson & Johnson—and can administer vaccines by walk-in or by appointment at the Boulder Clinic as well as satellite clinics in Whitehall and Clancy. The Clancy clinic is open Friday afternoons, and the Whitehall clinic is open Tuesday afternoons.